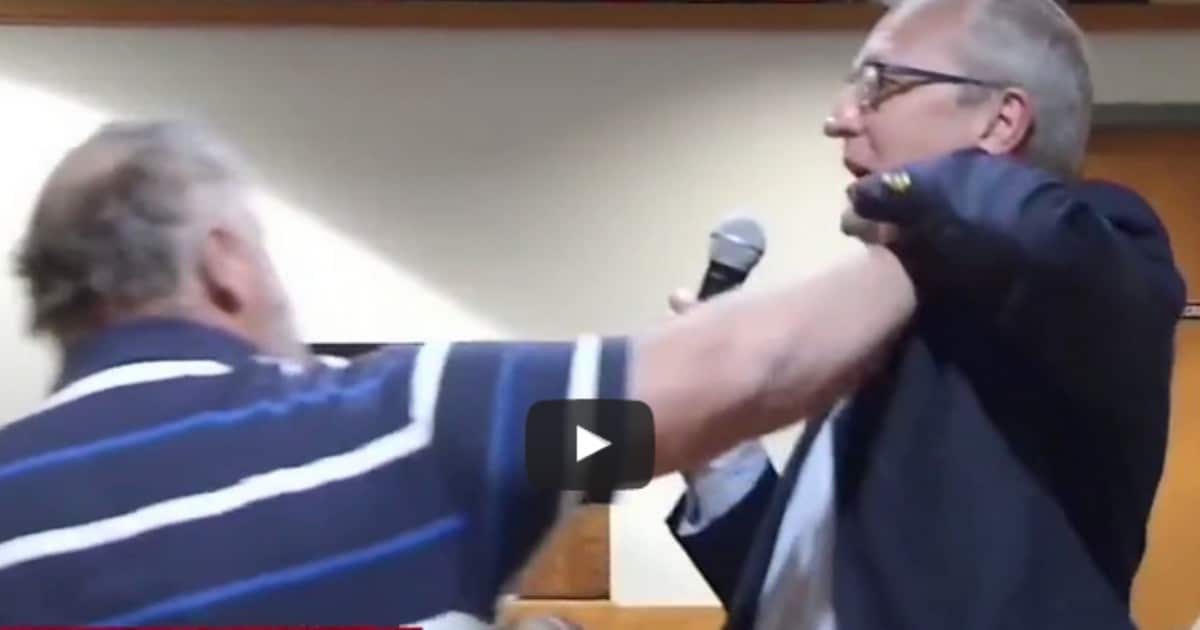 With the victory of Donald Trump to the White House, liberals are getting more and more desperate.

They know they don’t have the support of most Americans. Their radical views have alienated many. But instead of reforming, they are doubling down on the ideas and practices that made them lose.

In recent months we’ve seen leftists even get violent. They’ve took to the streets to protest lawful elections. They’ve called for the eradication of our Electoral College. They’ve made death threats online. And they’ve broken into violent riots at the Inauguration and free speech events.

It’s clear the left is no longer interested in preserving our country and freedoms. They want to force liberal policy onto America by any means necessary.

No longer do they think democracy matters. They will get their way through violence.

This is even the case in local town hall meetings. Once a place where citizens can express themselves to their leaders, they are now scenes of violent aggression by leftists.

A man got physical with Republican North Dakota Rep. Kevin Cramer at a town hall meeting Thursday before being escorted out by police.

The man was yelling at Rep. Cramer, “Will the rich benefit from, if the health care is destroyed, do the rich get a tax break? Yes or no?” He then shoved cash into the congressman’s collar, saying, “There you go, take it.”

Cramer responded, “That’s too far,” and police escorted the man from the meeting. Another man was escorted out after he stepped in and blocked the man yelling as he was angrily approaching the congressman.

The reality is the left lost. Big. They cannot deal with that fact and are lashing out like spoiled, ignorant babies. Just look at how their “leaders” behave on news programs and in D.C. They rant and rave, making up lies about the president.

When they realize they are not getting their way, they behave like this man and get violent.

It seems like the left will never learn. The best course now is for the Democratic Party to dissolve and for the most sane of them to join the right.

Otherwise they will spiral completely into oblivion.