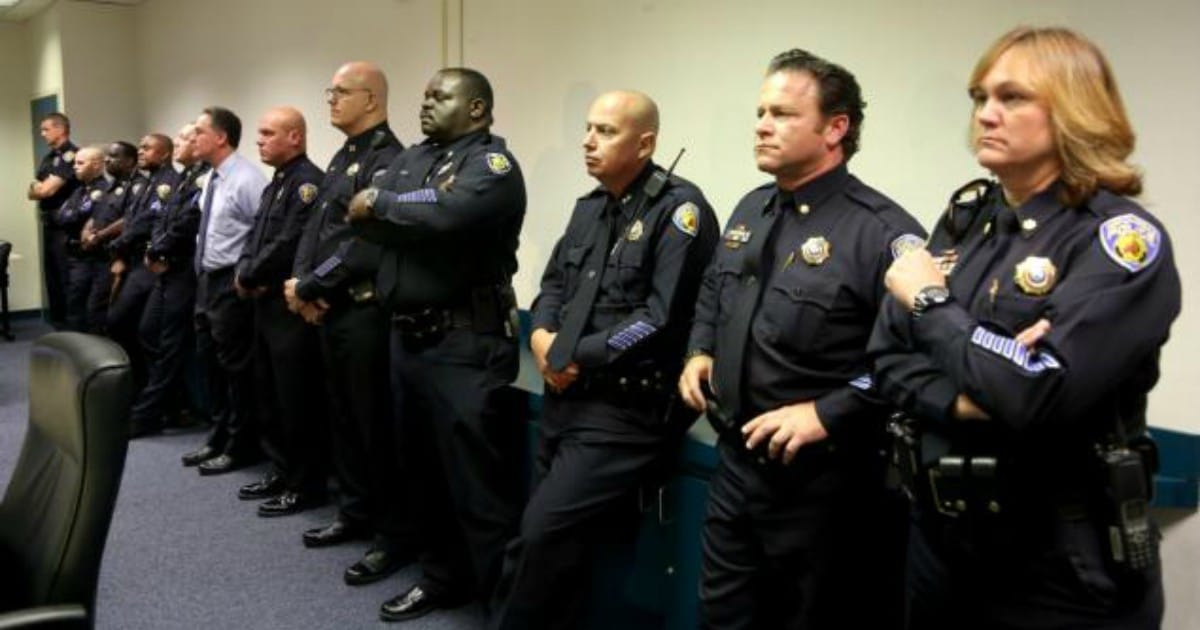 It’s no secret that the fascist Left has made it impossible for cops to do their jobs. But this new rule surprised even me.

Police officers have been under attack by the left ever since Obama came to power, and Trump has been doing all he can to protect those same officers. But the angry liberal outrage that Obama and Holder set loose isn’t easy to kill, and it’s still hurting cops and helping criminals.

And a new rule, courtesy of that same Angry Liberal Outrage, just prevented cops from doing the most basic of police activities: writing tickets.

Because if cops write the wrong gender down on that ticket, all hell will break loose. Even if the written gender really, really looks like the gender of the offender.

(Yes, this has to do with sex changes.)

Police in Fort Lauderdale, Florida, may be punished after an officer “misgendered” a biological male who identifies as female, although there’s one slight problem — it wasn’t the cop who got the gender wrong.

Because no matter what a driver’s license claims, or what a driver tells an officer, the evidence of two human eyes — and millions of years of human history — is incontrovertible:

Men are men, and women are women.

The gist of the story is this: a cop pulled over someone for a simple traffic violation. He wrote a ticket. He used the words ‘him,’ ‘sir,’ and ‘Mr.’

You know, everything that you’d say when politely addressing a man. The problem was, this particular driver didn’t think of himself as a man, but as a woman.

And the officer didn’t have a lot of time for that nonsense.

“Well, for the purposes of this citation, you’re a male,” he replied.

The driver filed a complaint. And all hell broke loose.

The department sided with the driver, Shelby Kendall. The local politicians did, too.

And now everyone in the department must undergo sensitivity training, lest they call a She a ‘he’ or vice versa. Because a minor emotional offense is somehow worth several thousand dollars of preventative preparation.

Good to know the Left has priorities.

And let’s hope this problem is another that Trump fixes soon.