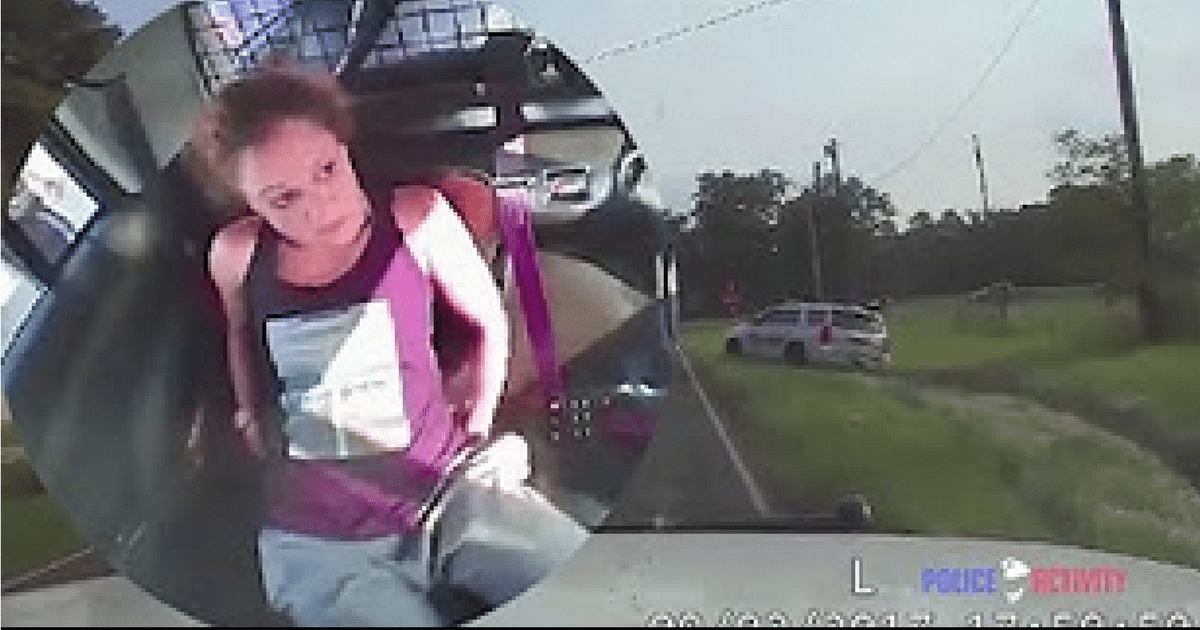 Stealing is wrong, and we know this. But, like all things in life, if you’re going to do it, do it well.

Plan things out. Don’t get caught. And if you do get caught, don’t try to escape. Evading the cops is wrong, and we know this.

But, like all things in life, if you’re going to evade the cops, do it well.

Slip your cuffs. Steal a cop car. And when they see you, drive off at 100 mph.

The best part? I’m not making this up. Meet Toscha Fay Sponsler, ladies and gentlemen.

Anyone who has ever worn a pair of handcuffs knows how it’s nearly impossible to slip out of them.

However, for one Texas woman, not only did she uncuff herself, but she managed to drive off with the squad car.

This is easily the most entertaining crime story I’ve ever heard.

It’s hard to describe just how difficult this is. Wriggling out of handcuffs is possible, but it puts enormous strain on the bones in your hands. It’s exceedingly painful.

This woman, though, manages to slip through without even flinching. Either they weren’t on tight, or she just didn’t feel any pain.

Realizing this is her shot to escape, Sponsler jostles herself over the divide and manages to reach the steering wheel, all without being noticed. She puts the car in drive, which is when the police officers realize they just made a big mistake.

Officers attempt to jump into the car but fail, thus starting the beginning of a 23-minute high-speed chase.

Mind you, the ‘high-speed’ here is over 100 miles an hour. So it’s a wonder that Sponsler didn’t die on impact when the car smashed into a tree.

Again, I’m wondering if she was simply drugged out of her mind for this. No normal person pulls herself from cuffs without pain and survives a high-speed crash into a tree.

She probably would have made it further, frankly, if she hadn’t been trying to grab the officers’ gun.

Officers noticed her reaching for a gun, but she was unable to attain it due to the fact that it was mechanically locked to the vehicle.

And my favorite part…

Police officers filmed a cop reinforcing drills in the barrier of the squad car with the hashtag, “FOOLMEONCE.”

Yeah…I’d say it’s best not to make that mistake again.