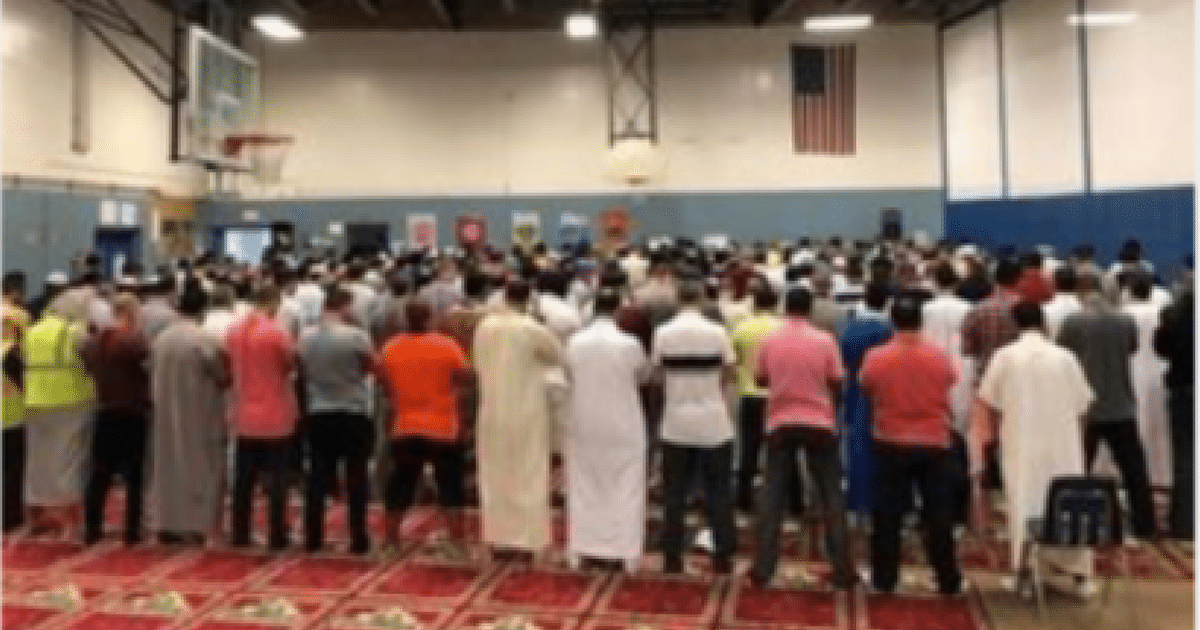 We are living in an age where, for some reason, liberals are defending Muslims. A group that is largely secular and not religious feels it is there duty to defend this “defenseless minority.”

They have made criticizing the religion “Islamophobic.” Except Islam, like all religions, is based on a set of ideas. And like all ideas, it should be debated, even criticized, if what they teach or believe is patently wrong.

Liberals are having a hard time trying to explain why they defend Muslims, when so many within the religion behave in a way that contradicts our values and way of life in the West.

Take this one group of Muslims living in the Boston area. When a sacred holiday, Eid Al-Adha, was coming up, they decided to book a space in a local Comfort Inn. The hall would be large enough to host them, for special prayer gatherings.

Not too controversial, right? After all, it’s just a group of men, women, and children praying. Except, it wasn’t that at all. Apparently, this group of Muslims adhere to Sharia law. And they refused to allow women to pray with them on Eid Al-Adha.

As you can imagine, many people were upset. Including Muslim women, who were denied the basic right to worship with their brothers, husbands, and fathers. Word spread about this act of exclusion. It got back to Comfort Inn’s managers and they knew just what to do:

They cancelled their reservation.

The Muslim men guilty of excluding women would not back down, however. They posted a scathing message on their Facebook page blaming Comfort Inn of, you guessed it, Islamophobia. Except users on Facebook weren’t so easily fooled.

To celebrate one of their most important holidays, members of a mosque reserved a Boston hotel, informing the community that it would be hosting a “male-only” prayer meeting in which women were prohibited.

However as soon as the manager discovered that the event was gender segregated, he immediately gave them a brilliant reply…

When the Muslim congregation of the Masjid Al Rahma in Boston booked reservations at the Comfort Inn, they had finally found a space large enough to host their sizable gathering of worshipers for Eid Al-Adha, one of the most important Islamic holidays of the year…

The Boston Globe reports that when the hotel manager received complaints that the Eid celebration would be a discriminatory “male-only” event, he informed the Muslim men the day before the gathering that they are now prohibited from using the hotel for their exclusionary meeting, leaving them with too little time to book another location for the prayer.

The Masjid Al Rahma posted a deceiving announcement to its Facebook page Thursday, which was the first day of Eid, vaguely stating they were forced to cancel the Friday morning prayer because the Comfort Inn had denied their reservations… 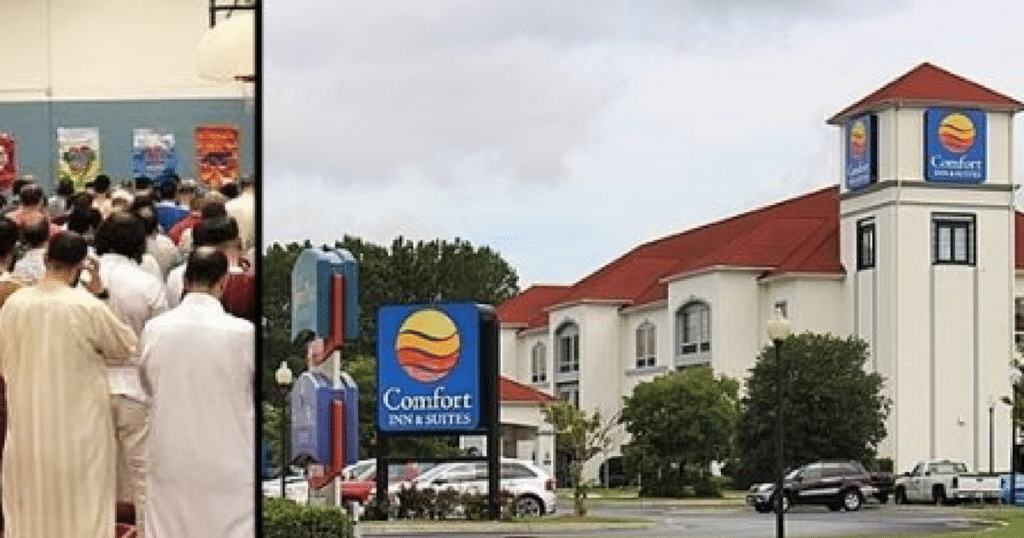 Of course, many readers weren’t buying the mosque’s attempt at taqiyya (Sharia-sanctioned lying in order to further Islam). Commenter after commenter called out the bigoted mosque, chastising them for accusing the hotel chain of discrimination when they were actually the guilty party.

“Excluding women and children at prayer? What are these, backwards cavemen or something? Of course that nonsense needs to be discontinued…”

The mosque continued to lay the blame on the female complainant, ironically and hypocritically adding that she and those siding with her were trying to “separate our community.”

It’s odd how quick these “manly” men will cowardly blame an invented, liberal concept like Islamophobia when things don’t work out their way. Real men take setbacks on the chin. They admit their faults and vow to work harder and better in the future.

Only wimps point fingers and accuse others, when they themselves are in the wrong.

Time and again we see how hard it is to get Muslims to assimilate to Western values. While everyone is free to worship the way they choose in the U.S., it’s clear that many tenants of Islam are incompatible with our values of equality, liberty, and individual freedom.

The Koran, and other Muslim texts, teach that women are inferior to men in many ways.

But will liberals wake up to this fact? Will they acknowledge they are protecting a group that needs reform rather than coddling?