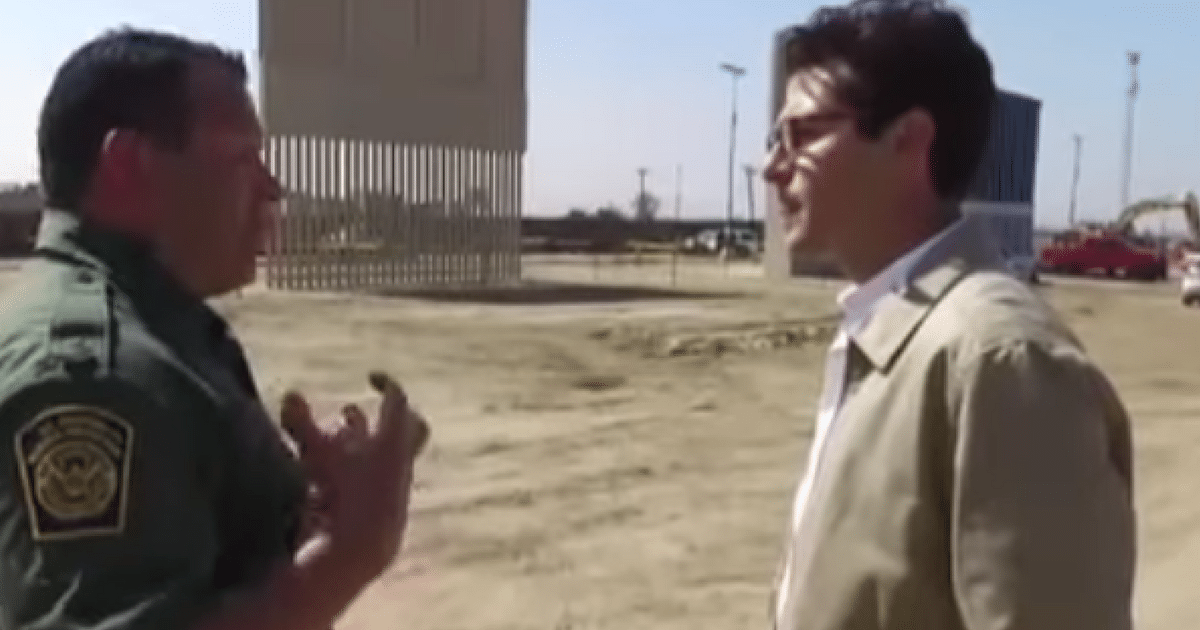 Of all the anti-Trump outlets out there, MSNBC may very well be the king of the hill in that regard.

The network has gone so far over the top in terms of Trump bashing that you have to wonder exactly what’s in the water cooler at network studios.

Even the network’s allegedly conservative commentators seem to have overdosed on the Kool-Aid. Negativity towards Trump and his administration has turned into a sport at MSNBC, and we can only assume that there must be some sort of daily prize for which commentator gets in the biggest shot.

In short, if outright hatred for the commander-in-chief and disrespect for the office of the presidency is your cup of tea, then MSNBC is the place to go.

Every once in awhile, a beacon of light shines through the network’s incredibly transparent ‘coverage’ of the news.

That happened the other day on live television, as reporter Jacob Soboroff was huffing and puffing his way through a report that aimed to present Trump’s proposed border wall in a negative light.

The Daily Caller shares some details.

Soboroff asked a Border Patrol agent, “So what happens now? Does the president come out here and literally say, ‘okay, I like that one?’”

The agent replies, “We’re going to test it for breach-ability, for the sub-terrain aspect, can we dig under it, can we cut through it, scale over it?”

Almost on cue, there was a rather large distraction breaking out in another portion of the screen.

The reaction of Soboroff is nothing short of priceless, and we can all use it as further confirmation that karma is a very real thing.

You can check out what happened in the video below. We hope you laugh as hard as we did.