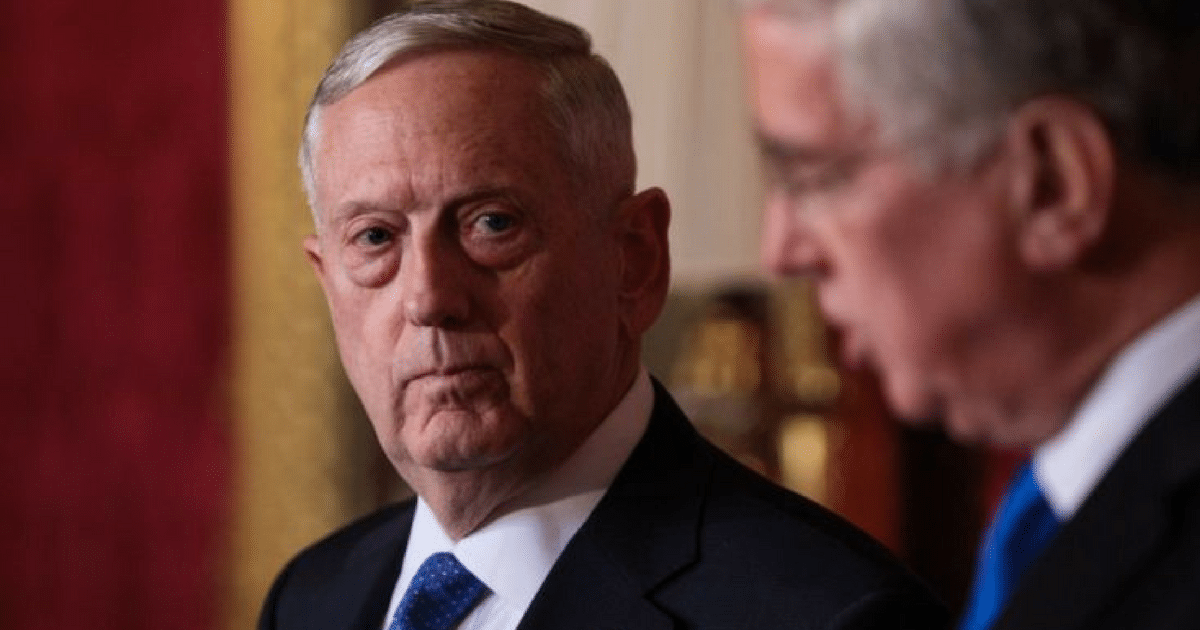 Secretary of Defense James Mattis is a bada**. There. I said it.

It’s not just because he can, if he has to, negotiate with the enemy like a boss – which he proved in Fallujah several times over.

It’s because, at the end of the day, Mattis does what he does not because of loyalty to party, or President, or because he’s worried about his image. He does it because it’s his duty.

And he said so to a lib reporter, in no uncertain terms.

A reporter asked Defense Secretary James Mattis at the Pentagon on Thursday why he chose to serve in President Donald Trump’s administration and why he doesn’t just “quit.”

While many administration officials might simply ignore the question, Mattis gave quite the answer.

Mind you, this is verbatim – and it’s worth re-reading. Every word.

“You know, when a president of the United States asks you to do something — I don’t think it’s old fashioned or anything, I don’t care if it’s Republican or Democrat, we all have an obligation to serve. That’s all there is to it. And so, you serve.”

BREAKING: Why doesn't Mattis quit? Why did he serve? I just asked him. Here's what he said to us minutes ago, on record at the Pentagon: pic.twitter.com/IH7kMol5Qv

In other words: it’s not the man, it’s the office. Forget Trump for a moment – it’s not Donald himself, it’s the presidency of the United States. That office is asking for your service. And you shouldn’t deny it.

Take note of what I just said, too – ‘forget Trump.’ I don’t mean it disrespectfully. But it’s advice our Mainstream Media could take to heart. Forget Trump – stop trying to trip the man up, or overanalyze him. Or lie about him.

And get over yourselves, for God’s sake.

Mattis went on, and it was clear that his view of Trump wasn’t the same as the media’s view:

“First time I met with President Trump, we disagreed on three things in my first 40 minutes with him. On NATO, no torture, and on something else, and he hired me. This is not a man who is immune to being persuaded if the thinks you’ve got an argument.”

It’s not the Trump of the Mainstream Media.

But I trust Mattis more.