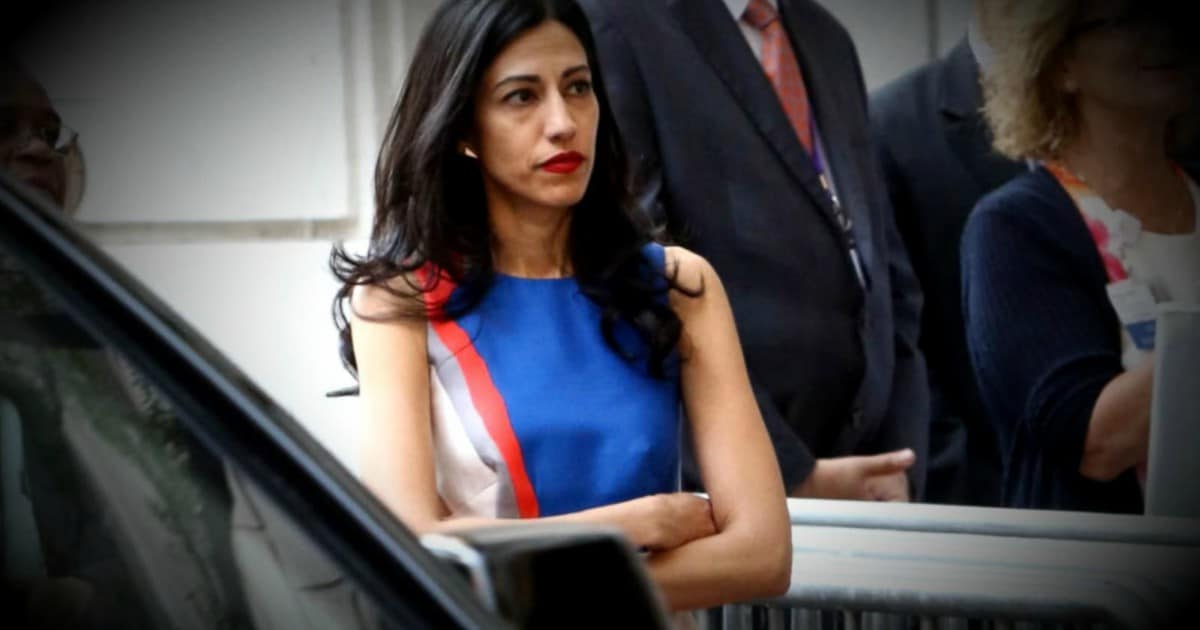 It just keeps getting worse for everyone associated with Hillary Clinton.

Six months after the election, and it’s still true – anyone who touched her toxic campaign is still going down in flames. John Podesta? His emails pretty much tanked his career. Debbie Wasserman-Schultz? Yeah…no more to say about that.

Oh, and if you haven’t heard yet, apparently Huma Abedin has ties with radical Islam.

Emails may be the least of the issues that are about to fall on Huma Abedin and her boss Hillary Clinton.

A popular video circulating social media claims to show Abedin, who was raised in Saudi Arabia between the ages of two and 18, her family, and by extension Clinton, have ties to groups and people who fund terrorism.

The narrator of the video names the “four main players” as Clinton, Abedin, Saudi Arabia and Abdullah Omar Nasseef.

We should be clear here – this ‘Omar Nasseef’ has been in business with Abedin’s father for decades. This isn’t a loose tie – this is a close family associate.

(Meanwhile, Democrats are still desperately trying to make up secret scary Russians in the Trump campaign.)

What’s the danger in the Abedin connection? It’s that third player in the video – Saudi Arabia.

The video alleges that the Abedin family business, The Institute of Minority Muslim Affairs which, as we reported, is a pro-Sharia Law newsletter where Abedin used to work, is “owned by the Muslim World League, Saudi Arabia’s global organization that promotes violent Wahhabi Islam.”

Not a great list of people to be associated with.

Huma, to be fair, didn’t choose these people – she just grew up with them.

But, to be fair, she grew up with them. Which, at the very least, is something that deserves an answer. Or a statement.

Or maybe just something other than a deleted email.