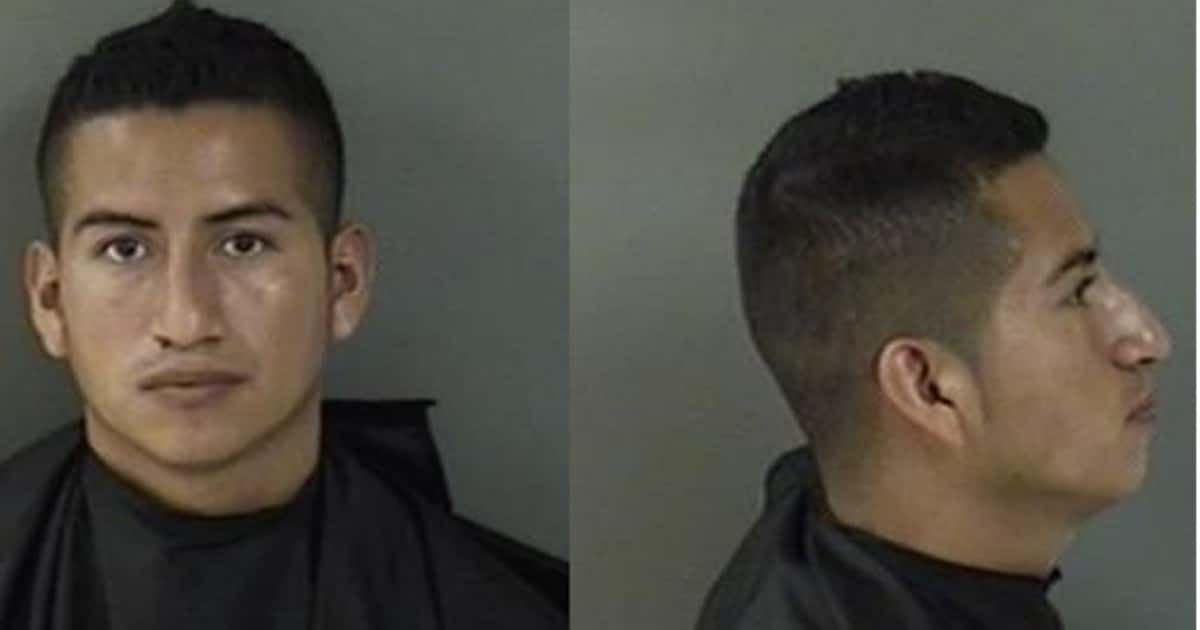 Liberals have long made the ridiculous claim that we shouldn’t arrest people for being in America illegally. But now they have more than just conservatives to answer to.

Fact is, the list of crimes that could have been avoided had libs and sanctuary cities simply enforced the law is long and depressing. Innocents could still be living. Drug addicts would be fewer.

And, to add to that list, fewer people would be sexually molested.

Fewer children, that is.

An illegal alien using a stolen Social Security number was arrested in Florida for allegedly molesting an 11-year-old girl, according to sheriff’s officials.

Erick Bello, 27, is accused of inappropriately touching the girl during a July 6 summer camp event at the Jungle Club Sports Complex.

There have been two completely different reactions to this news from patriots and liberals. And the contrast here between conservative law and order and liberal emotional reasoning is impressive.

Because, fact is, we a have man who both entered this country illegally and possibly molested someone. But the standard response from libs is this: ‘he was such a nice guy! He wouldn’t hurt anyone.’

“He is an individual that, in my personal opinion, would never have done this,” [the Jungle Club owner] told the media. “We are still investigating, and we’re never going to say never, but we have to make sure we have open arms and open eyes.”

“We’re all very upset with this. Erick is kind of a family member.”

It’s truly astonishing how often the ignorant left assumes that simply because someone seems nice, they’re not capable of great evil.

Luckily, conservative cops understand one thing – molesters almost always have a pattern of abuse. And if there is one victim, there’s likely many others.

And local police are asking those others to come forward.

“Our detectives are hoping that there are no other victims of this child predator. We are sharing his photo, knowing that in reality there are likely other victims. Anyone with information pertaining to Bello’s activities should come forward immediately,” Sheriff Deryl Loar said in a statement.

If any more victims surface, it will be one more proof of why immigration law in this country desperately needs to be enforced.

But don’t bother telling the Democrats – they’re too busy wondering what Russia is doing.