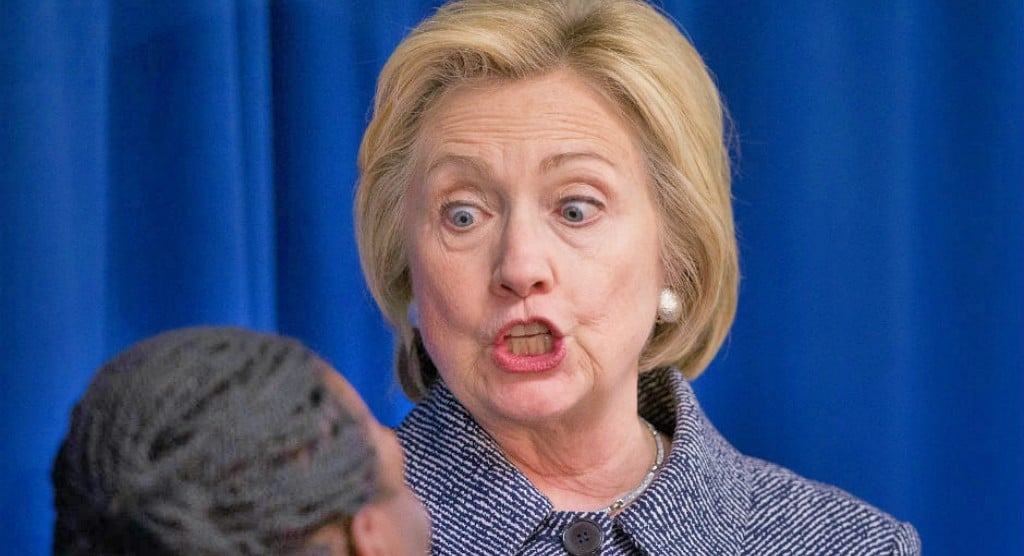 For conservatives, Republicans, or just people who like justice, Hillary Clinton was infuriating. No investigation, by anyone, seemed to snare her – it was like trying to nail jello to a wall (not that the lapdog mainstream media or law enforcement really tried).

She got a pass on every corrupt thing that she did, while reporters scrambled to turn every misquote and false accusation against Trump into a national issue.

Well, Trump won. Hillary cried. And now, after no one thought it was possible, the corrupt Clinton Foundation is falling apart. Karma’s a b****.

Hillary Clinton and the remaining heads of the foundation are firing employees left and right. And the cause? All the heat the alternative media kept focused on her and her corrupt dealings during her time working for Obama.

From the Daily Caller: “The Clinton Foundation announced it’s laying off 22 staffers on the Clinton Global Initiative, keeping with a plan to deal with the negative spotlight put on the organization during former Secretary of State Hillary Clinton’s presidential campaign.

The move is part of a plan put in motion ahead of the presidential election in order to offset a storm of criticism regarding pay-to-play allegations during Clinton’s tenure as secretary of state.”

(The best part of all this news is the fact that Clinton basically admits, right here, that her foundation is crumbling because of the scrutiny of alternative media. The ‘negative spotlight’ certainly didn’t come from the New York Times.)

22 staffers might not sound like a lot, but in an organization like the Clinton Foundation, make no mistake – it’s a big deal. Given how much money it spent on itself, the loss of 22 people at the top represents an enormous financial blow (although, let’s be clear – since none of that money was really going to charities anyway, it’s not like 22 layoffs is going to hurt anyone actually in need around the world). And, take heart – 22 is just the tip of the iceberg. Reports of fighting within the foundation make it pretty clear that more heads will be on the chopping block soon.

With all the fake ‘scrutiny’ on Trump and his decades as a successful and honest businessman, seeing Clinton dismantled after escaping the law so many times is pretty gratifying. But firing people isn’t the same as prison. So I’d be remiss if I didn’t remind everyone of one other thing – Clinton is still being investigated for pay-to-play when she worked for Obama. And that investigation isn’t finished.