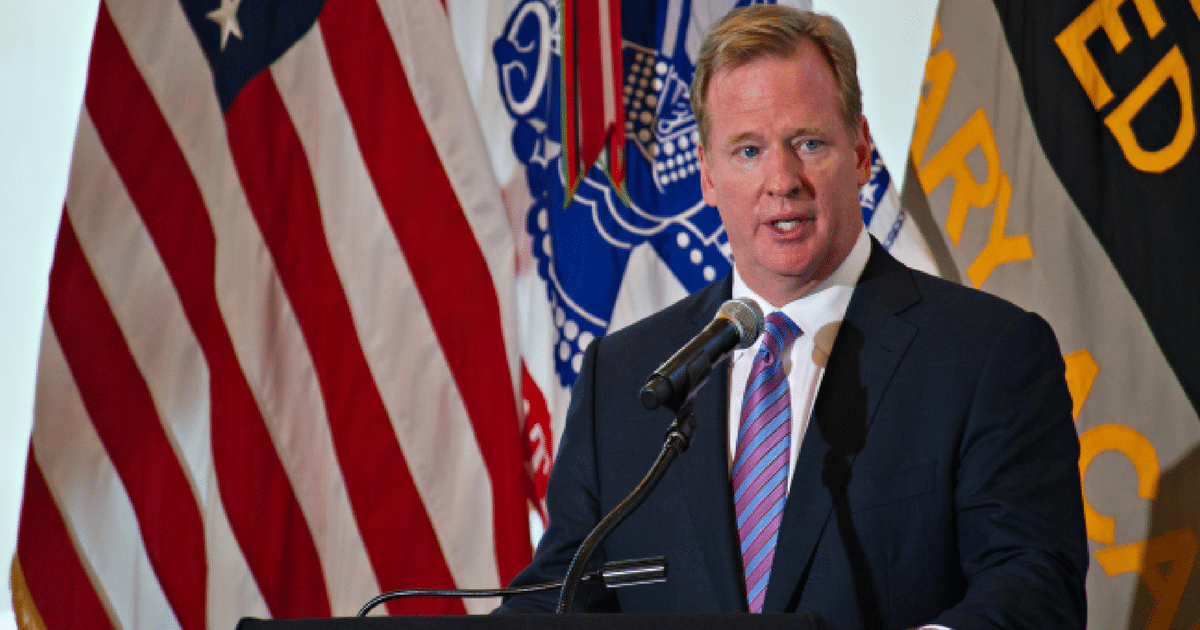 Several years down the road, we’ll look back on the National Football League’s response to the National Anthem controversy as an example of how not to handle a public relations crisis.

The matter continued to snowball while the powers that be in the league turned a blind eye to things. They seemed to be more concerned about potentially offending players that had decided to sit or kneel for the anthem in order to get whatever point they were attempting to make across.

As most adults know, burying your head in the sand is not an effective way to deal with problems. In fact, it will eventually lead to them getting a whole lot worse.

That’s what happened when President Donald Trump called out the league and its players. Trump wasn’t concerned about riling folks up about it. Actually, he seemed to welcome it.

There’s a lot of different schools of thought on Trump’s approach to the controversy, but there’s no doubt that he sparked a conversation. Hence, that will ultimately lead to a resolution.

It remains unclear why league leadership was unable to do the same before ticking off a large portion of its fanbase.

The issue is not going to go away on its own, and the league is now scrambling to repair the damage caused by its inaction.

The Independent Journal Review passes along one potential long-term ramification of the NFL’s approach to things.

The national anthem protests reached a level we had never seen before following a speech given by President Donald Trump in which he took aim at those who chose to disrespect the flag.

As a result, fans have boycotted the league, ratings have crashed, ticket sales have plummeted, and the NFL has ultimately suffered financially. But now, one report is saying that Goodell’s contract has yet to be completed due to the highly publicized protests.

Goodell works for the owners. His primary responsibilities are to protect the so-called shield that represents the NFL brand.

He has failed to do that. While there’s plenty of fingers to point as to why that happened, the buck only stops in one place.

While Goodell’s contract is expected to be completed eventually, one source told ESPN that “the anthem issue has overridden everything — and I do mean everything.”

Just last week, all of the NFL team owners met with Goodell to discuss the national anthem protests and came to a decision that they prefer players would stand, but would not force anyone to do so with punishment.

Quite simply, the matter should have been dealt with swiftly when unemployed quarterback Colin Kaepernick took to making a spectacle of himself for unclear reasons.

It wasn’t, and the problem only got worse from that point.

The initial response to a problem goes a long way towards making sure it doesn’t become a bigger one. Goodell and company now have the privilege of being a prime example of what happens when you don’t jump on things before they snowball.

We’ll have to wait and see what happens with Goodell’s contract negotiations, but he may be wise to consider factoring in a discount for fumbling his responsibilities in such public fashion.