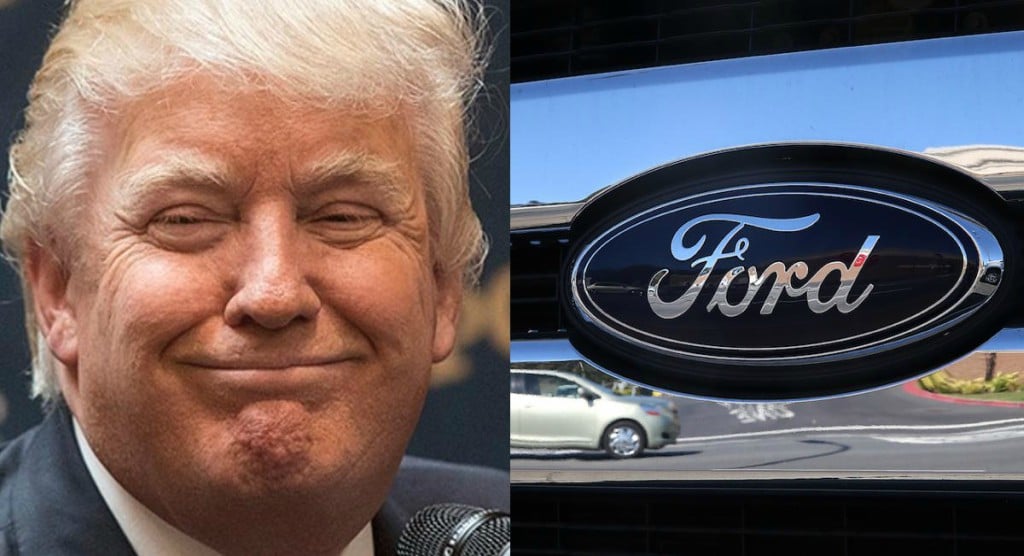 Conservative Americans everywhere are breathing a sigh of relief, still. Because they know that Donald Trump offers them, and future generations, a chance at living in an even greater America.

The Donald has already had many positive impacts on the U.S. economy. And there was news today that, yet again, a huge company will keep jobs in America. How did this happen and what caused it?

Well, Bloomberg reports: Ford Motor Co. will scrap plans to build a $1.6 billion plant in Mexico, after coming under criticism by President-elect Donald Trump for shifting small-car production south of the border.

Instead of building the newest model of the Ford Focus compact car in the new factory that was just canceled, they will build it in their existing factory in Hermosillo, Mexico. This will allow them to keep about 3,500 jobs in Wayne, Michigan instead of moving those jobs to Mexico.

“One of the factors we’re looking at is the more positive U.S. business environment that we foresee under President-elect Trump and the pro-growth policies that he’s been outlining,” Fields told reporters at Ford’s factory in Flat Rock, Michigan, where the company is investing $700 million and adding 700 jobs. “This is a vote of confidence around that.”

Yes, America – it’s all because of Donald Trump. And the best news? This is just the beginning!