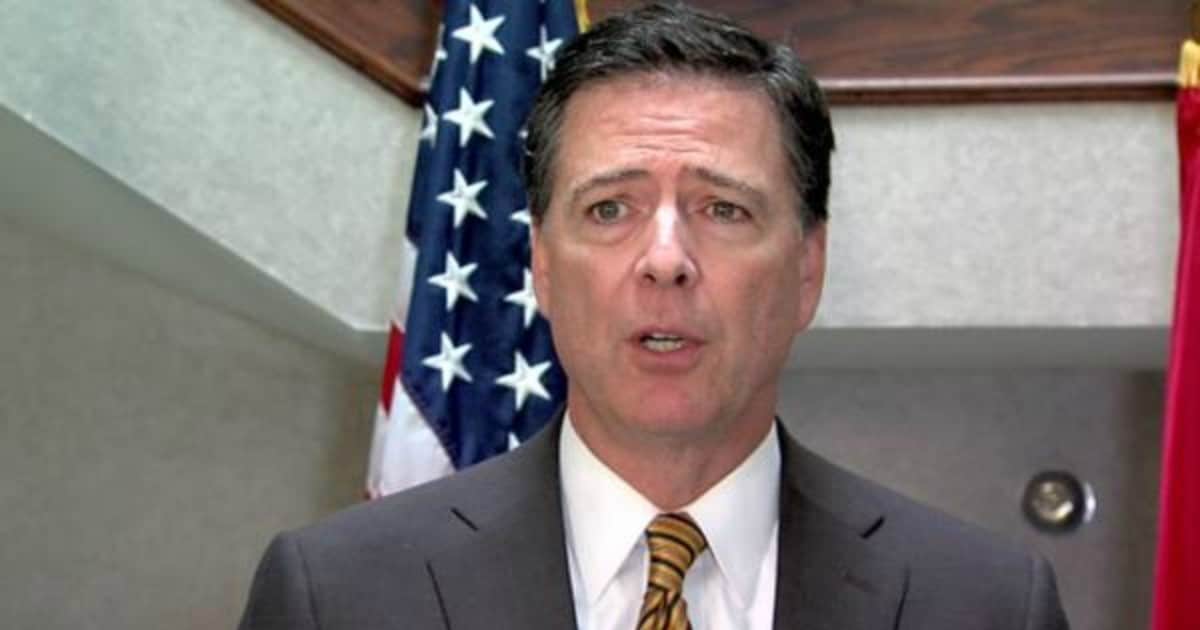 It’s no secret that James Comey, director of the FBI, had a rock-solid case against Hillary Clinton. It’s also no secret that his refusal to prosecute her makes him one corrupt individual.

Or maybe just a scared individual.

Hear me out – RightWing News has connected a few dots for us regarding Comey and Hillary. And the picture that’s emerging is a doozy.

In a nutshell: Obama was wiretapping Trump Tower. Hillary knew about this. Comey did, too, since he’d have to be involved in the wiretap. And when Hillary was about to be prosecuted, she simply blackmailed Comey – ‘put me in jail, and I’ll tell the world about the wiretap.’

If that sounds a little far-fetched, hear me out again – there’s solid evidence for every single one of those statements.

Some have a theory as to why Comey caved and let Hillary get away with her crimes.

Donald Trump recently accused Barack Obama of wiretapping Trump Tower during the election. Evidence soon was unveiled backing up his claim, and Congress has begun investigating.

If the FBI was wiretapping Trump Tower, James Comey could be in some major hot water.

The first FISA request linked to wiretapping Trump Tower was around June of 2016… the same time that Bill Clinton met with then-Attorney General Lorettas Lynch on the tarmac of Phoenix Sky Harbor International Airport.

What was discussed that day is still unknown.

Could it be that the Clintons knew about this all along, and were able to hold it over James Comey’s head? (Mind you, we know that the Clintons knew about the wiretap because Hillary was trying to tweet about it…without giving herself away.)

There’s a lot about this theory that makes perfect sense.

First, there’s Comey himself – he’s not quite the pushover that conservatives have made him out to be. He was just fine opposing Obama on going after cops, rather than criminals.

And he held his ground on that issue. That kind of man wouldn’t let a criminal go unless he really felt he had to.

But Comey might have let Hillary go if he were being threatened, or blackmailed. That fits.

Second, it would explain why Comey was so, so eager to say that Trump was wrong, that there was no wiretap of Trump tower at any time. Way to cover your ass.

Third, it’d explain why Comey was so excited to push the ‘Russian hackers’ lie. Again, way to cover your ass.

The corruption runs deep on this one. Drain the swamp.