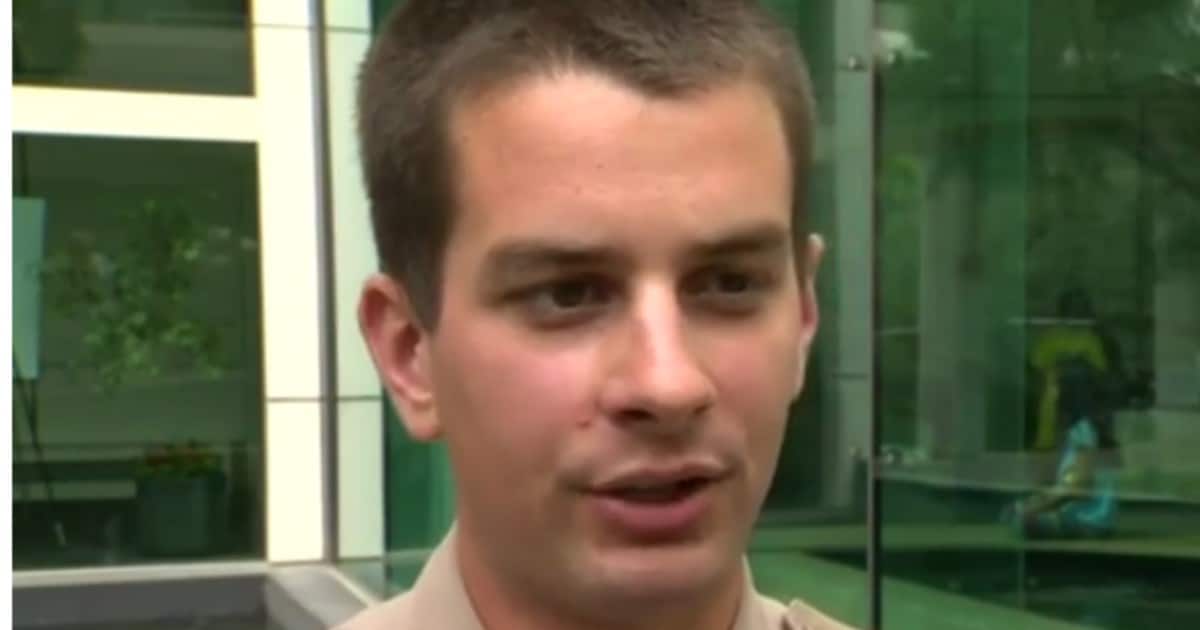 Police have to deal with a litany of emergencies. They are trained to handle all kinds of problems. But day by day, they might never know what they’ll face. It’s up to them to rely on their skills, quick thinking, and years of experience to make a decision. That decision can mean life or death.

Such was the case with Officer Kevin Preinitz. As a patrol officer, he was tasked with keeping the roads of California safe. On any given day, he’d have to pull over speeders, runners of red lights, and maybe even help a stranded pedestrian.

It’s officers like him who maintain law and order on the roads, so the rest of us can get around safely.

But what does he do when confronted with a surprise crisis? What would any of us do?

This 911 call was different. Reports came in of a problem driver on the highway. He discovered an erratic car, one who was moving on a flat tire. It looked as if it was a drunk driver, who foolishly got behind the wheel of a car. Except, this was something much more serious.

The driver, Kathy Byron, was having a stroke. She had woken up that day with a headache. She had no idea that minor annoyance was in fact a life-threatening emergency.

But thankfully for her, Officer Preinitz was a trained EMT. He recognized the signs and acted quickly. 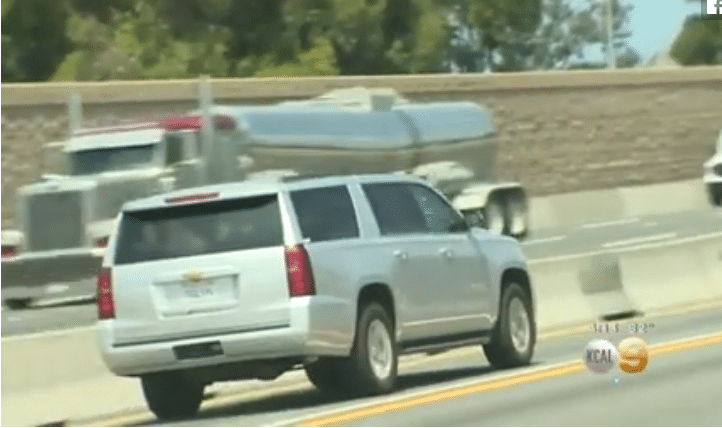 When we’re on the road, the chances of a medical emergency happening are slim, but they can catch us off guard.

Kathy Byron woke up one morning with a headache, and she thought it was just a headache until a cop pulled her over. She had been driving but had no idea what was going on.

That driver was Kathy. Before the officer pulled her over, he noticed that she was driving quite slowly and that it looked like one of her tires was flat.

It was when he saw her face, however, that Officer Kevin knew what was really going on: The left side was droopy and Kathy was drooling. Trained as an EMT, the officer realized she was having a stroke.

The woman was rushed to the hospital, where the medical emergency was confirmed. Lucky for her, neither she nor was anyone else on the highway was hurt during the episode.

Officer Preinitz recognized that her dropping face was a sign of a stroke. This often happens, due to the nerves and muscles in the face losing impulses from the brain. The officer acted quickly to take her to the hospital, where she received life-saving treatment. 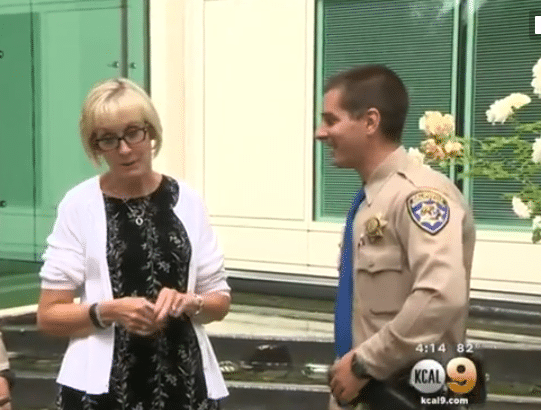 Strokes can happen to anyone, at any time. They are terrifying because you might not realize it is happening to you at the time. Unlike other medical emergencies, that are accompanied by severe pain and other symptoms, a stroke might only be noticeable by someone else.

Someone suffering a stroke might not be able to speak properly or walk straight. They won’t be able to do basic, everyday actions, progressively getting worse. If you put someone in that condition behind the wheel of a car, the results could be disastrous.

Thankfully Kathy Byron’s condition was caught by Officer Preinitz before she could harm herself or someone else. She received the treatment she needed. Her life and the lives of many others, were saved. All thanks to the work of a dedicated cop.

A month after that fateful day, the officer and Ms. Byron were reunited. She was able to meet her hero in person, thanking him for his responsive behavior and quick actions.

You never know what might come your way from day to day. This officer had no idea that responding to a drunk driver would result in saving a woman’s life.

Every day, police officers face many challenges. They do this willingly, not for glory or fame, but because it’s the right thing to do. Often they are treated with scorn by many civilians, politicians, and activists. The very people they’re sworn to protect treat them with hate.

This story is a reminder that our men and women in uniform work to save our lives. They deserve our thanks and respect, not our hatred.