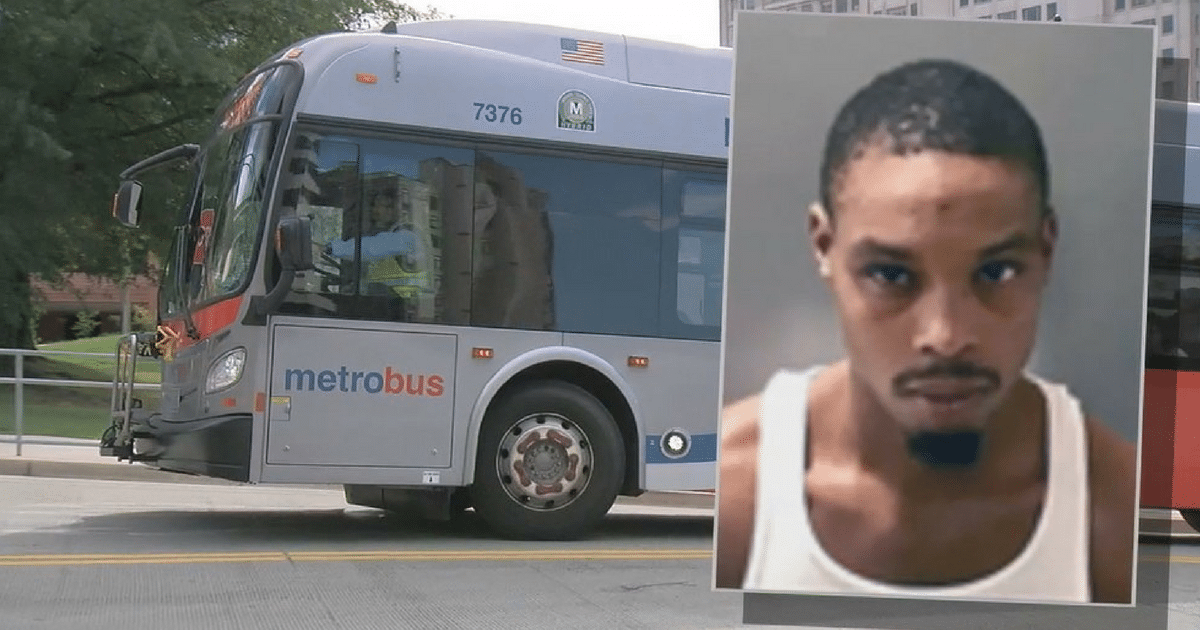 Blaming others for things they had nothing to do with and clinging to those claims as the reason things aren’t going so well for you is a poor way to proceed through life.

Unfortunately, we see that behavior all of the time. There’s scores of folks out there that will blame anyone and everything for their particular lot in life without taking a long look in the mirror.

We’ve been witnessing that play out on a national stage as failed presidential candidate Hillary Clinton pontificates endlessly while essentially begging people to buy her unreadable book. The example that she sets for people never seems to enter her mind, but we’re not too surprised by that.

That mindset is a serious problem, and it can lead to some serious consequences for those that have it.

Mad World News passes along a disturbing example that demonstrates that.

A group of passengers traveling on a bus in Maryland witnessed a ridiculous hate crime when a racist black man approached a disabled white man upon getting on the bus.

Twenty-seven-year-old Marquis Evans-Royster from Silver Springs, Maryland, boarded the Q1 bus around 5 p.m. one evening when he saw the perfect victim for the crime that he was about to commit.

The bus was heading to Shady Grove Metro Station before it would have to make an unexpected stop, all thanks to Royster.

As the innocent disabled man was sitting quietly on the bus, Royster approached him, looked straight into his eyes, and said, “You owe me for making my grandmother a slave.”

There is the possibility that Evans-Royster is just an unhinged thug, but the way that he approached the defenseless man is telling.

There’s a certain mindset out there that suggests others should be held responsible for things that happened more than a century ago.

That mind-boggling way of looking at the world doesn’t help those that see things that way to move forward, but it does a whole lot towards holding them back.

It appeared that the crazed racist wanted to cause as much trouble as possible as Royster snapped off one of the bus’ side view mirrors, which cost about $250 to replace.

The bus driver told WJLA that Royster didn’t pay a fare when he got on the bus and “almost immediately began to harass” the two white passengers who were already on board.

The bus driver also said that Royster yelled, “All white people are evil,” and that the two white passengers should die. It appears that he was looking for trouble, and that is precisely what he got.

Not long after his racist outburst, the bus driver threatened to call the police, making Royster get off, but his punishment had only just begun. Police were able to collect surveillance footage from the bus as evidence in order to press charges.

Royster was arrested only a few days later and is now being charged with race/religious harassment, robbery, theft, second-degree assault, destruction of property, and possession of a false identification.

It is no surprise that this isn’t his first run-in with the law. Court records show that Royster has an extensive criminal history.

It sounds like Evans-Royster needs some serious help, and we’re not saying that facetiously.

Perhaps this will be the wake up call he needs. By extension, we can only hope that this mindset is exposed for what it is: divisive, self-defeating, and completely unnecessary.

Hats off to the officers that were able to track him down and bring him to justice, and we hope the defenseless man is doing ok after this frightening incident.