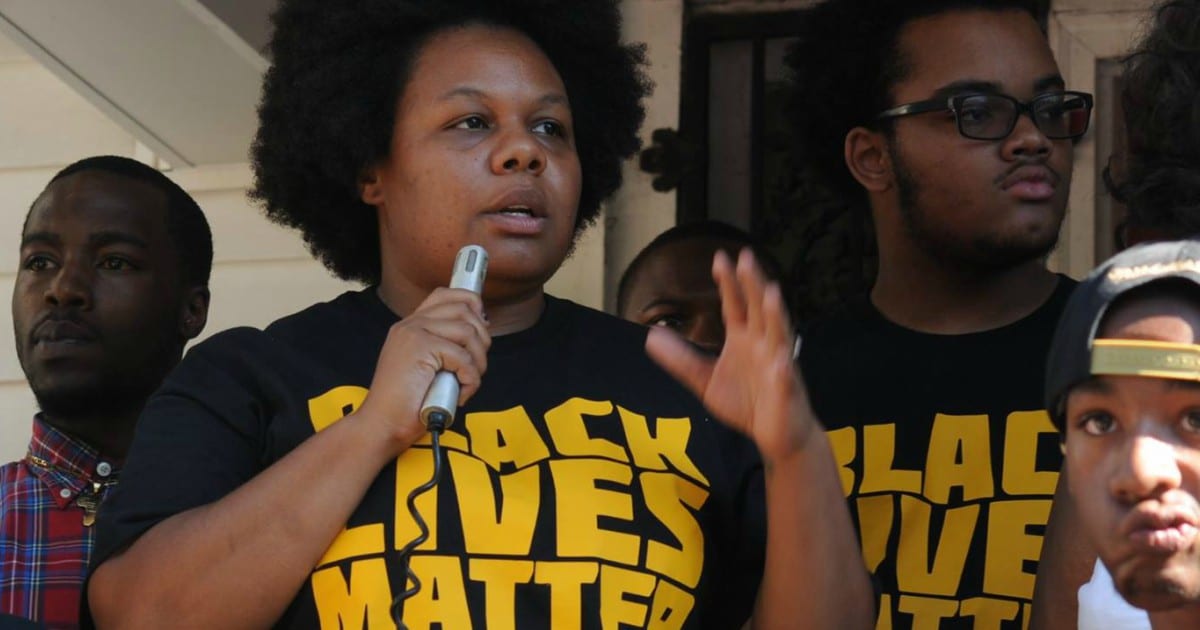 It’s no secret that Black Lives Matter has gone off the deep end. The group went from demanding justice for minorities, to promoting violence, to trying to be a political movement, to supporting the cause of Palestine, to…well, whatever it is they’re doing now with Antifa.

It’s hard to imagine it could get any worse. But, of course, it did. The crazy just gets better and better.

First, it was BLM activists protesting the movie Planet of the Apes…because of a vest. And now? Some in the group have brought up the subject of reparations.

And this time, it’s not money they’re telling people to give up. It’s their houses.

An activist associated with the Black Lives Matter movement recently offered a list of requests for white people. Helm opens by telling white people, “if you don’t have any descendants, will your property to a black or brown family. Preferably one that lives in generational poverty.”

White people who can “an afford to downsize” are urged to “give up the home you own to a black or brown family.”

As a political movement, let me be the first of many to say that Black Lives Matter needs some serious Public Policy tweaking.

Because, first off, there’s a serious misunderstanding of how wealth actually works here. White people don’t just inherit their homes from their parents – they buy, sell, and often lose them.

If anything, the market crash in the early 2000s should tell America that there’s no privilege associated with buying and keeping a home.

Everyone can lose. Black, brown, Asian, Caucasian…when the market crashes, you’re on equal terms with everyone else. Racism need not apply.

There’s plenty of evidence for this – have you ever seen a newly minted sports star lose all their money, and go bankrupt? Or a lottery winner return right back to where he started?

If you don’t know how to use money, you won’t grow wealthy. It’s not a home that counts – it’s the knowledge.

Author Helm is setting up families to fail, by giving them gifts, without giving them training. And that’s the saddest part of all.