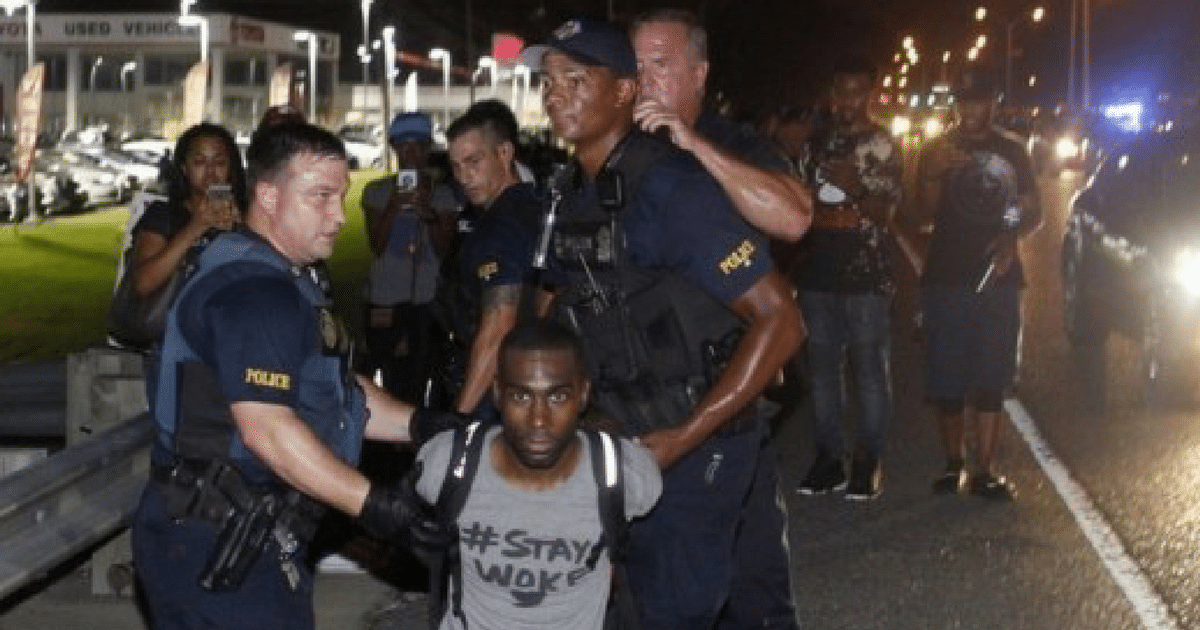 A narrative has emerged through the years that the nation’s law enforcement ranks are chock full of racist individuals that go out of their way to shoot non-white people for no good reason.

This narrative is passed around unchecked for the most part, and those that dare to challenge it are ripped apart and branded as unconscionable racists.

It’s so overwhelming that anytime there’s a police-involved shooting of a non-white individual, it’s automatically assumed that the officer that discharged his gun is guilty of racial profiling and targeting.

Other facts surrounding the case are essentially dismissed, and the officer in question sees their reputation completely obliterated before they’ve even had a chance to answer for their actions.

For all of its inherent flaws, the mainstream media is awfully effective at what it does. If you say something enough times over and over again, people will come to accept it as fact beyond a shadow of a doubt.

While the mainstream media can pat itself on the back for mission accomplished on that front, that doesn’t make the narrative true.

The Washington Times passes along some details on how it is in fact wildly off the mark. A study by a Harvard professor released this month found no evidence of racial bias in police shootings even though officers were more likely to interact physically with non-whites than whites.

The paper for the National Bureau of Economic Research, which examined thousands of incidents at 10 large police departments in California, Florida and Texas, concluded that police were no more likely to shoot non-whites than whites after factoring in extenuating circumstances.

“On the most extreme use of force — officer-involved shootings — we find no racial differences in either the raw data or when contextual factors are taken into account,” said Harvard economics professor Roland G. Fryer Jr. in the abstract of the July 2016 paper.

Alright, so this is just one report. It can be completely wrong and biased, no?

You can certainly say possibly from a skeptic’s point of view, but the same findings have been reached elsewhere.

The 63-page study, “An Empirical Analysis of Racial Differences in Police Use of Force,” appears to support research conducted at Washington State University showing that officers in simulation tests were actually less likely to shoot at blacks than whites.

The paper also challenges the contention by the new wave of civil-rights groups such as Black Lives Matter that racist police are singling out blacks for shootings.

Those are some rather large shots across the bow against the narrative, which seems to take on more and more water as time moves along.

So that means that the mainstream media will start to come clean and begin to report both sides of the story, right?

Nah. They’ll continue doing what they do, all while wondering why the credibility of the entire industry is shot.