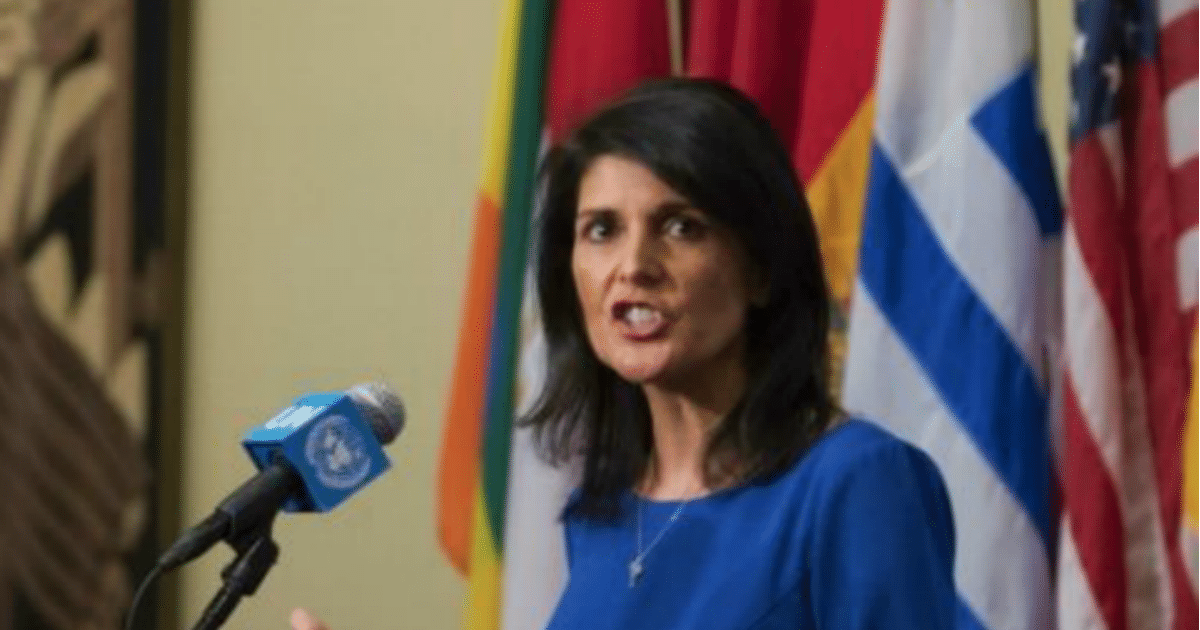 With an Obama agenda completely thrown out the window now that he’s no longer in office, President Trump and Nikki Haley have been hard at work making up for the mistakes and failures of their predecessor.

One failure Obama even admitted he had during his presidency was his lack of retaliation towards Syria after chemical weapons were used against international law in 2013.

The new president is not going to have that same failure. He has taken a stand for the civilian lives in Syria, and says he will do it again if more chemical weapons are used.

Meanwhile, Nikki Haley is backing the president at the U.N. Some of its members aren’t too happy to hear her views on the topic, but Haley could care less.

She’s there to proudly lead the U.N. where it needs to go, she’s there to help destroy evil and right now she’s there to call out those countries who have been complicit, if not completely involved, in the horrendous chemical attack on Syrian civilians.

“Men, women, the elderly, and children gasping for their very last breath,” she said.

“And as first responders, doctors, and nurses rushed to help the victims, a second round of bombs rained down. They died in the same slow, horrendous manner as the civilians they were trying to save.”

She then stared down the Russian ambassador and said: “How many more children have to die before Russia cares?”

Here’s the face the Russian ambassador saw staring daggers at him. 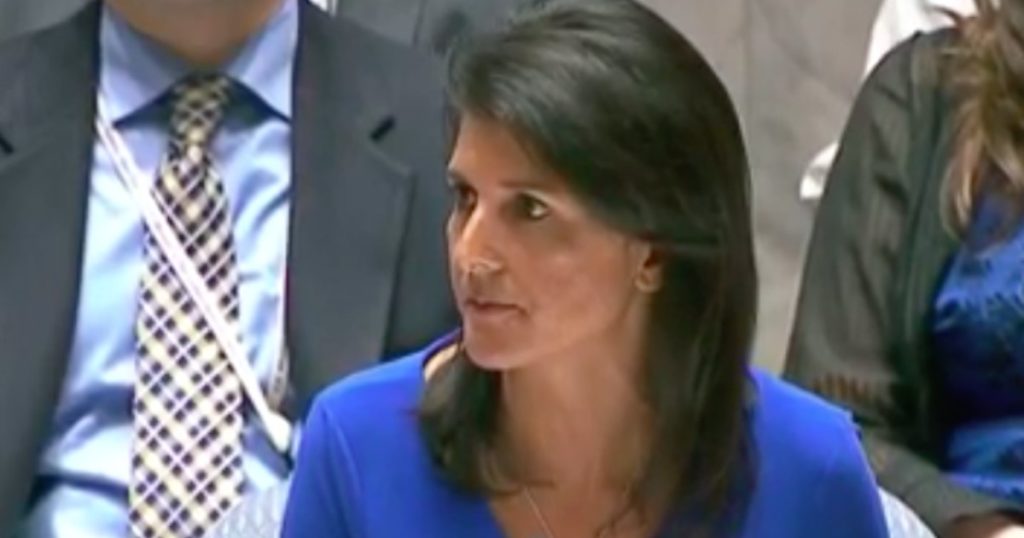 “The United States sees yesterday’s attack as a disgrace at the highest level and assurance that humanity means nothing to the Syrian government,” Haley added.

No one in their right mind at the U.N. can see these horrible photographs and think this wasn’t pure evil. And Russia knows it was wrong, but they just simply value power over human lives.

And her name is Nikki Haley.