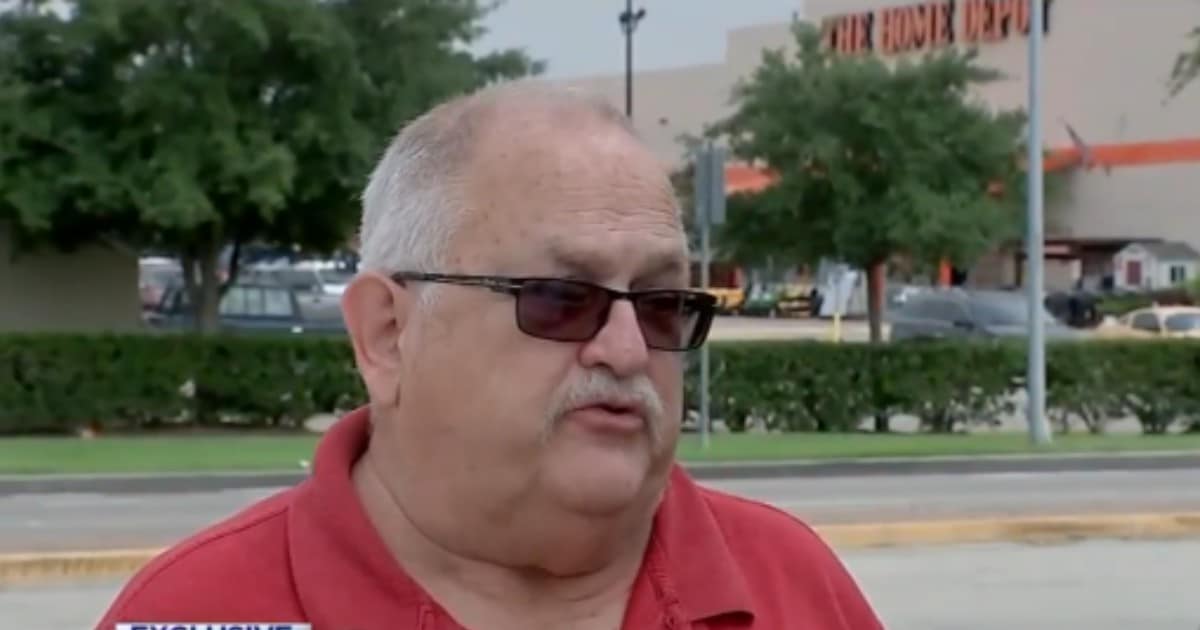 The least we can do is provide them with work, so they can support their families.

One vet—a 70-year-old man—recently lost his job at a Home Depot. The reason? He tried to save the store some money.

A 70-year-old Army veteran has been fired from Home Depot for trying to stop shoplifters from walking out of the store with thousands of dollars worth of merchandise.

Jim Tinney, the veteran who said he was fired in June, told a local news outlet that he spotted three men attempting to run out of the store with tools worth thousands of dollars, KTRK reports.

While Tinney knew store policy prohibited him from stopping shoplifters, he said his military training kicked in, prompting him to throw a paint roller extension at one of the shoplifters…

The shoplifters got away. Tinney thought the matter was over, but two weeks after the incident took place, he was fired from the Home Depot…

Tinney acknowledges he violated policy, but believes the punishment is far too severe.

“I think they could have written me up, reprimanded me, but terminate me? That’s pretty strong,” Tinney said.

It’s shocking to learn that this store fired him over this situation. Sure they have policy, but don’t they have respect for their staff?

Tinney was trying to stop a bunch of thugs from robbing the store of thousands of dollars. That money would have impacted his local store, the staff, and their managers. It would have hampered their ability to stay open—thus jeopardizing everyone else’s jobs.

Since when do companies punish workers for trying to do the right thing? And a veteran at that?

It would have made sense for his manager to correct him, or maybe write him up. But an out-right firing sounds pretty severe.

Considering how much companies like Home Deport claim to respect our hard-working veterans and blue-collar citizens, this is an insult.

Maybe the manager that fired Tinney doesn’t represent the values of the company. Maybe he should be the one in the hot seat.