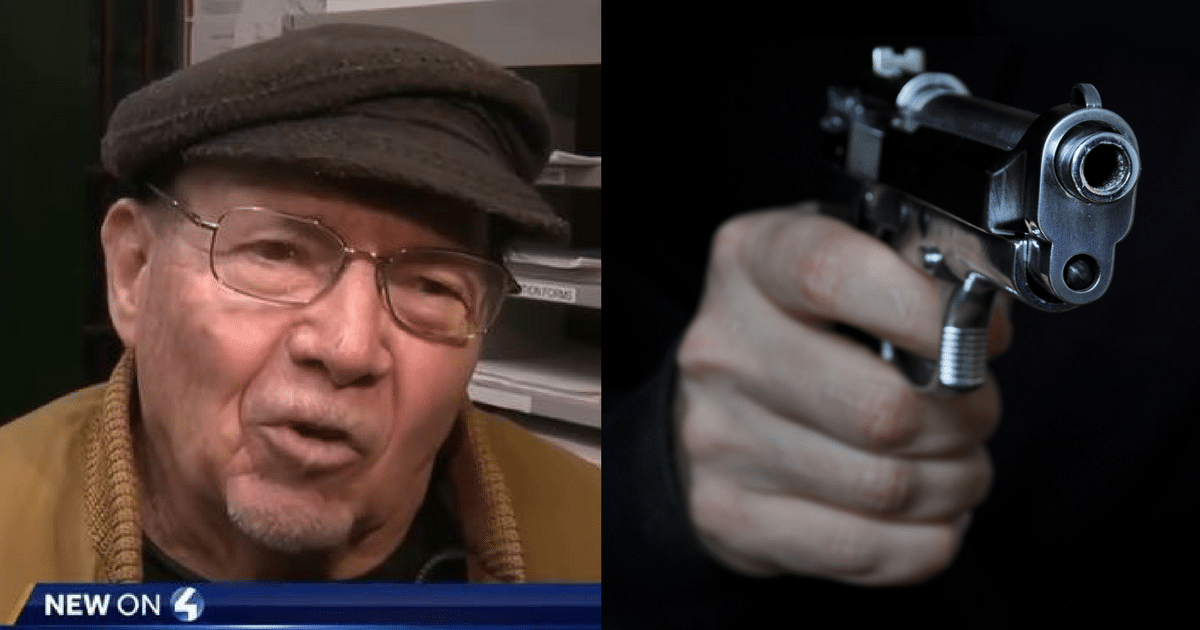 Guns are as good as the hands that use them.

Make sure you have good hands.

Although, if your target is very close by, you won’t need to be that good.

I’ve written this story dozens upon dozens of times, and here it is again – the most important reason for owning a firearm is the protection of yourself, your home, and your family. The Second Amendment is a good side benefit, but nothing hits so close to home as finding a threat within it.

Today’s story, as you would expect, is one more repetition of this theme. But with a twist…

Don Lutz was at home at 1:30 a.m. when two men broke in and confronted him. Lutz took a gun from under his pillow and shot one of the suspects as he attacked, killing him. The other suspect ran off, police say. https://t.co/TeRu1xSpT2

An 84-year-old Korean War veteran killed a home intruder Friday with a single shot right to the chest, and he’s crediting God with his success.

Two robbers tried to break into Korean War veteran Don Lutz’s home early on Friday, but were quickly dissuaded by some serious firepower.

“Two guys tried to rob me, and I killed one of them,” Lutz said. “Maybe the other one, the bullet hit him, too. I hope so.”

God, I love war vets. Uncensored honesty is simply refreshing. Forget liberal concern about the burglar – if you break into my home, I simply hope I shoot you.

I mean, cops are good and capable, but they’re several minutes out at best. That’s not good enough.

Lutz himself was calm during the ordeal. I credit Korea.

“I just fired. It was in the dark, and he attacked me. I scuffled with them on the floor, and the one guy rolled over dead, and the other guy, he ran out.

I’ve never been afraid in my life. God has always been with me.”

Both in Korea, and at point-blank range. Good man!

Don’t mess with our Veterans!