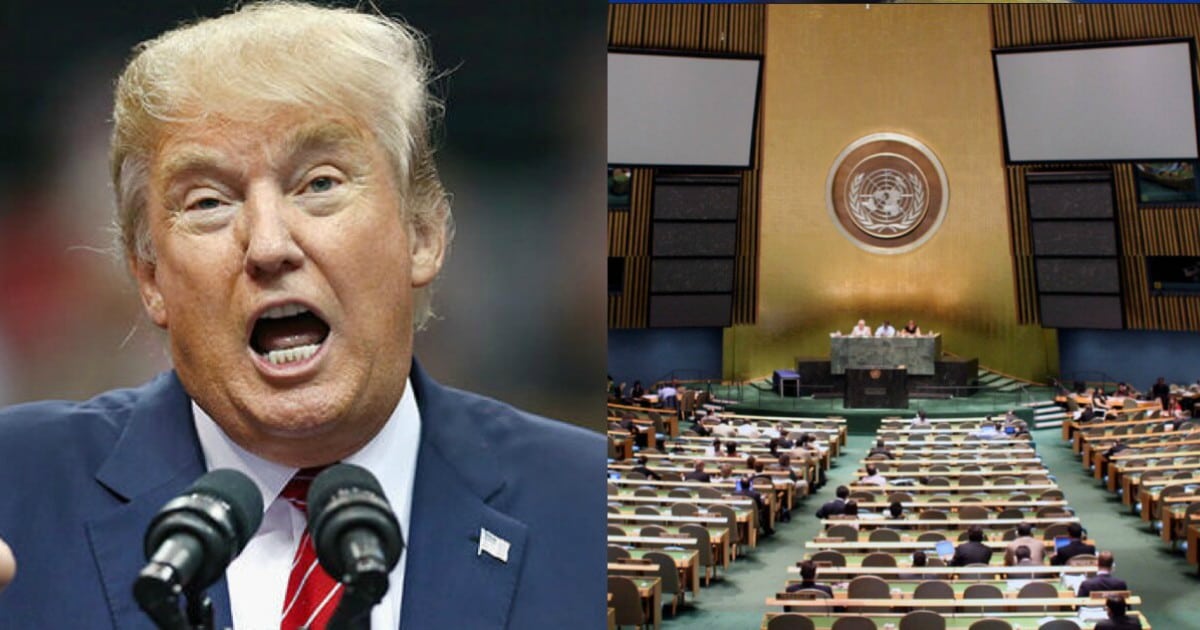 Whenever we see governments trying to interfere with the natural development of a society, disaster is soon to follow.

There is a reason America’s approach to capitalism has thrived. The concepts of a free market, supply and demand, and the power of the consumer ensures the continued growth of companies and businesses of all sizes.

But whenever the government steps in to “regulate” our economy, a domino effect of problems occur.

We’ve seen that during Obama’s administration, when he passed numerous restrictions on just about every industry to “combat” global warming.


It’s also a growing problem in states that pass too high minimum wage laws. Many thousands of small businesses cannot pay those wages and thus close or move out of state.

This is also true around the world, where governments and agencies like the United Nations try to stick their fingers in the personal lives of billions of people to “correct” what they consider problems.

You know, problems like the birth of human beings.

Radical environmentalists consider the growing population of human life as a threat to nature. They are more concerned with the well-being of trees and grass than the well being of every person on the planet.

These activists have wormed their way into global agencies like the U.N., poisoning the minds of liberal world leaders. The end result has been terrible policies that attack human life.

But thanks to our new president, at least the United States won’t be sponsoring some of these initiatives.

President Trump’s administration is ending U.S. funding of the United Nations Population Fund – an agency that human rights activists have linked to the support of population control programs such as China’s coercive abortion “one-child policy.”

The halt to the funding of the United Nations Population Fund – known as UNFPA – comes as Trump is scheduled this week to host Chinese President Xi Jinping at the president’s Mar-a-Lago resort in Florida.

In January, Trump signed an executive order that reinstated the “Mexico City Policy,” which concerns U.S. aid for abortions overseas.

The president updated the policy by directing Secretary of State Rex Tillerson to implement a plan that expands the policy across all global health assistance funding. The directive means that U.S. taxpayer dollars will no longer be supporting organizations that promote or participate in the management of a coercive abortion program, such as that espoused by China.

A report by the Associated Press states that as a result of the end of U.S. funding of UNFPA, $32.5 million will shift to the U.S. Agency for International Development (USAID), which has the goal of reducing maternal deaths and practices such as genital mutilation.

Wow, imagine that. A president who wants to use our money to save lives rather than destroy them.

For years we’ve had to put up with the destructive and evil ideas of globalists like Barack Obama.

They pushed forward terrible plans, masked behind empty and persuasive rhetoric. Yet the end goal of globalism has always been to expand the powers of a limited few (like world leaders and businesses owners) while suppressing the rights of the individual citizen.

China’s one-child policy has already been called a disaster. It will only get worse, as generations pass and their nation suffers.

Yet the United Nations still pushes for invasive and terrible policies like this around the world, to promote abortion and strict government regulation of citizens’ rights.

Trump’s reinstatement of the Mexico City Policy was criticized in February by Bill and Melinda Gates, whose foundation has as its focus the support of family planning across the globe.  The Gates Foundation is also criticizing Trump’s foreign aid cuts.

Big surprise. It always seems like the super rich and elite want to interfere in the development of third world countries.

Whether it’s Al Gore preventing African nations from using fossil fuels to build their weak infrastructure, or Bill Gates preventing families from procreating, these liberals from the West seem hell bent on depriving other nations from the very things that helped them thrive.

It’s time we get our big fingers out of the development of other countries, unless it’s to help preserve their lives, rather than destroy them.