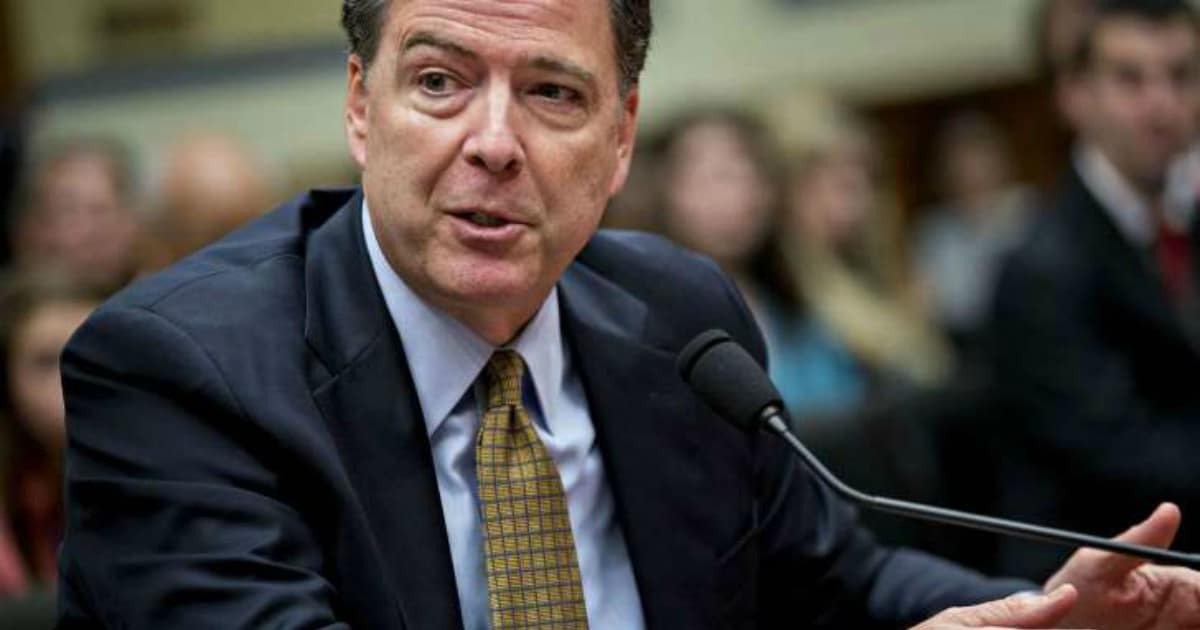 Liberals have been hoping that the testimony by former FBI Director James Comey would be Trump’s undoing.

But as his prepared statement revealed, it will be nothing of the sort. Comey has made it clear the FBI was not investigating Trump, nor was that the reason he was fired. But something the president did say to Comey is making some heads turn. Fired FBI Director James Comey said President Trump told him “I need loyalty” when the two dined alone in the White House in January and said he thought the encounter was designed to “create some part of patronage relationship.”

“The President said, ‘I need loyalty, I expect loyalty.”’ Comey said in prepared remarks released Wednesday, a day before his highly anticipated testimony before the Senate Intelligence Committee.

“I didn’t move, speak, or change my facial expression in any way during the awkward silence that followed. We simply looked at each other in silence.”

In his testimony, Comey describes in detail his interactions with the president before his May 9 firing by Trump.

Comey has coordinated his testimony with Robert Mueller, another former FBI chief who’s now special counsel in charge of investigations into Russian meddling in last year’s campaign and possible ties to those around Trump, according to a person familiar with Comey’s plans.

Perhaps Comey’s lack of loyalty to the Commander in Chief is what led to his firing. Donald Trump is a man who expects complete loyalty and dedication to those who work with him. Comey may not have been willing to show that level of respect to the POTUS.

Nothing in Trump’s comments suggests wrongdoing, as the liberals were hoping. They were expecting a smoking gun from Comey’s testimony, something that would ruin the administration. Instead they got nothing.

Liberals don’t understand loyalty. They are quick to betray their own members, if they will get ahead. We are seeing that right now with Hillary Clinton, who is blaming everyone within her own party for her election loss.

Whenever a famous liberal makes a mistake or says something offensive, the left immediately attacks them. There is no understanding or consideration with that bunch. If you upset them, they will destroy you.

So, it comes as no surprise that they would not understand the concept of loyalty between a President and the Director of the FBI. Yet Trump’s a real leader; he wants his people to support him and his administration.

It looks like Comey was just not right for that kind of role.