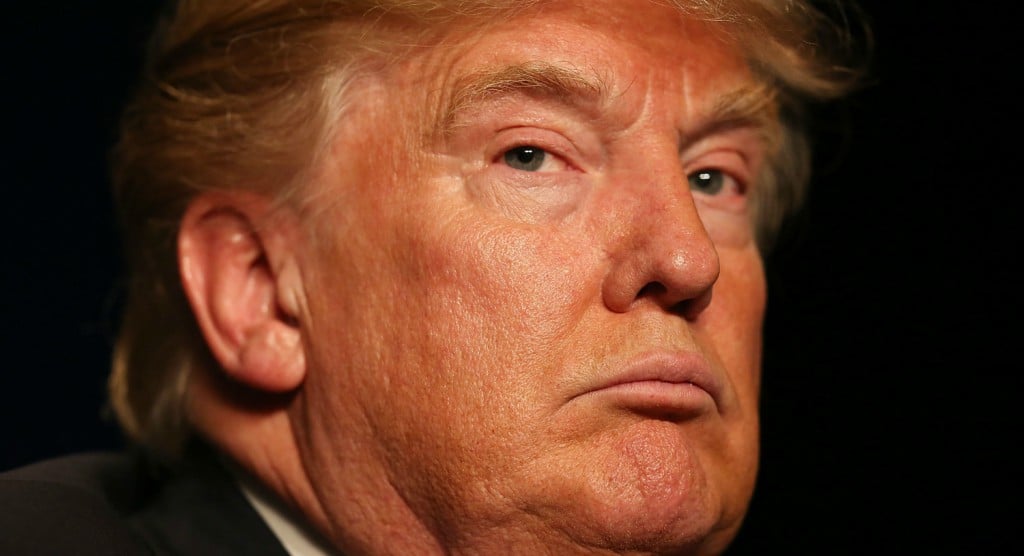 Donald Trump is a great leader.

And I’ve said this before, and I’ve put down a laundry list of reasons, all of which have to do with big things that Trump has accomplished – businesses, deals, and whatnot.

Any good conservative is familiar with all those reasons.

But, the truth is, Trump is a great leader for one specific reason that has nothing to do with any of his major accomplishments.

Obama couldn’t even salute a soldier as he was walking into the UN. Trump sits down and has lunch with them.

Liberal America, please tell me you can see the difference.

IJR reports: “on Monday, President Donald Trump stopped to have lunch and chat with enlisted U.S. military personnel in Florida.

Trump kept the conversation light, asking service members what they thought of the Super Bowl and cracking jokes, but many of his supporters were likely thrilled just to see the commander-in-chief sitting down with the troops.”

That last line is very important. If people are thrilled that you’re simply sitting down to eat with them, it’s a good bet that they’ve felt neglected the past eight years.

Actions speak. Words do not.

Trump had some advice for a young soldier, too. “At one point, Trump asked a service member if he planned to ‘make a career’ out of his military service.

‘Come on, you have to stay. You’ll like it better with me there. You’ll see,’ Trump responded.”

That final word – ‘you’ll like it better with me there’ – was proven true during Trump’s later speech to the military and military families.

The Commander in Chief put it perfectly: “I want every military family to know that our administration is at your service.”

Now, I have a few thoughts.

First, anyone willing to encourage young people to stay in the military should be praised. But this encouragement is coming from President Trump, the very man tasked with keeping this young soldier safe.

If Trump is telling the soldier to stay, he means what he says – he will protect the military. Mark my words.

Second, this comes after so many years of downgrading, eliminating pay, and throwing away weapons under Obama.

And we all forget that, after pay is restored and weapons upgraded, the best way to lead is to give a kind word.

Kudos to Trump, the best leader the military has had in a while.