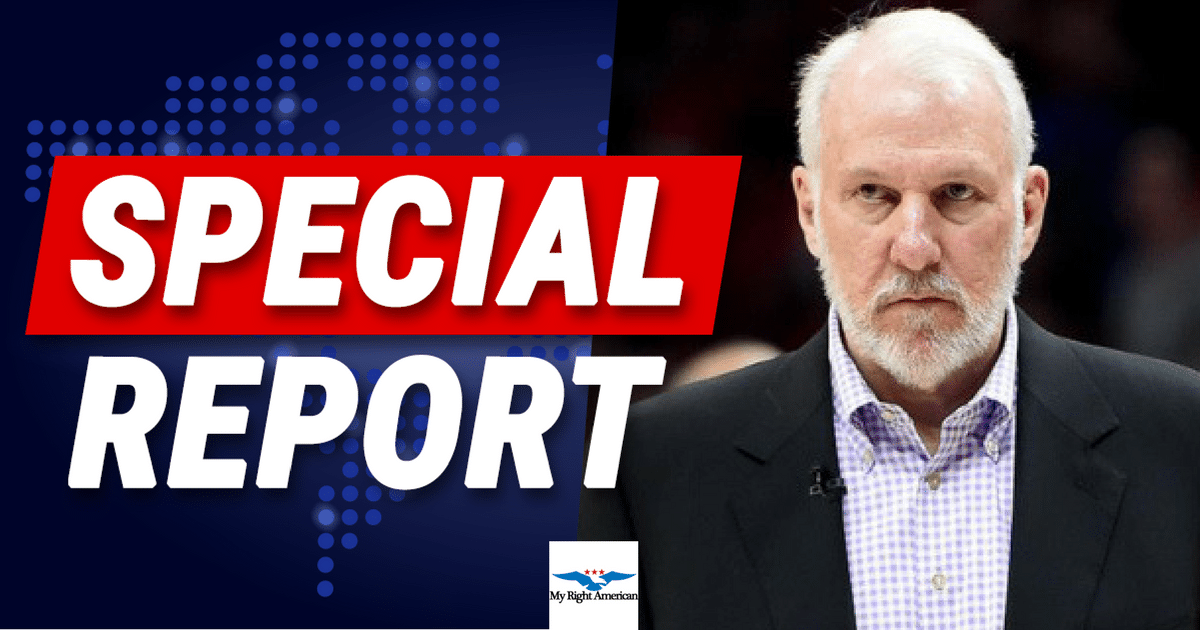 Spurs Coach Gregg Popovich made some very controversial statements about America during a press conference yesterday, but it wasn’t done without some serious consequences. One Texas Marine Veteran stood up and put his money where his mouth is, and the Spurs CEO is feeling the effect.

In case you missed the *exhilarating* (just kidding) press conference from Popovich yesterday here it is in a nutshell:

“Our country is an embarrassment in the world”
— Gregg Popovich

Tell me again, why do we care what a basketball coach thinks of our politics? I seem to have forgotten why anyone would care at all.

No matter, there’s one good reason why Gregg Popovich should care — money.

Gregg Popovich may run the Spurs, but the Spurs CEO owns and runs the large construction vehicle manufacturer: Holt-Cat.

Check out this story that was posted today on a pro-Donald Trump forum, it has me grinning from ear to ear =)

Just returned over 2 million dollars worth of Holt-Cat equipment. Hope Coach Pop is worth it!

“After hearing Greg Popovich say that this country is an embarrassment, I finally decided enough was enough with the Spurs Organization. As a project manager for one of the largest excavation companies in Texas, I’m pretty sure I just ruined the Holt-Cat salesman’s day when I told him we were returning all of our rental and lease equipment until Popovich decides to apologize. I also have many contacts that are stopping operations with Holt-Cat. It’s probably not the best idea to piss off an entire industry that you rely upon to pay your players and coaches salaries.”

People need to realize — they have the right to make whatever political statement they want. That is a right given to us in the constitution and I support that 100%.

But, they don’t have the right to do so without potential backlash from the public.

The way I see it, if Gregg Popovich wants to make loud statements saying the USA is a world embarrassment, then we as citizens have the right to take our business elsewhere.

Like and SHARE if you support this Texas Marine Veteran stepping up and putting his money where his mouth is.