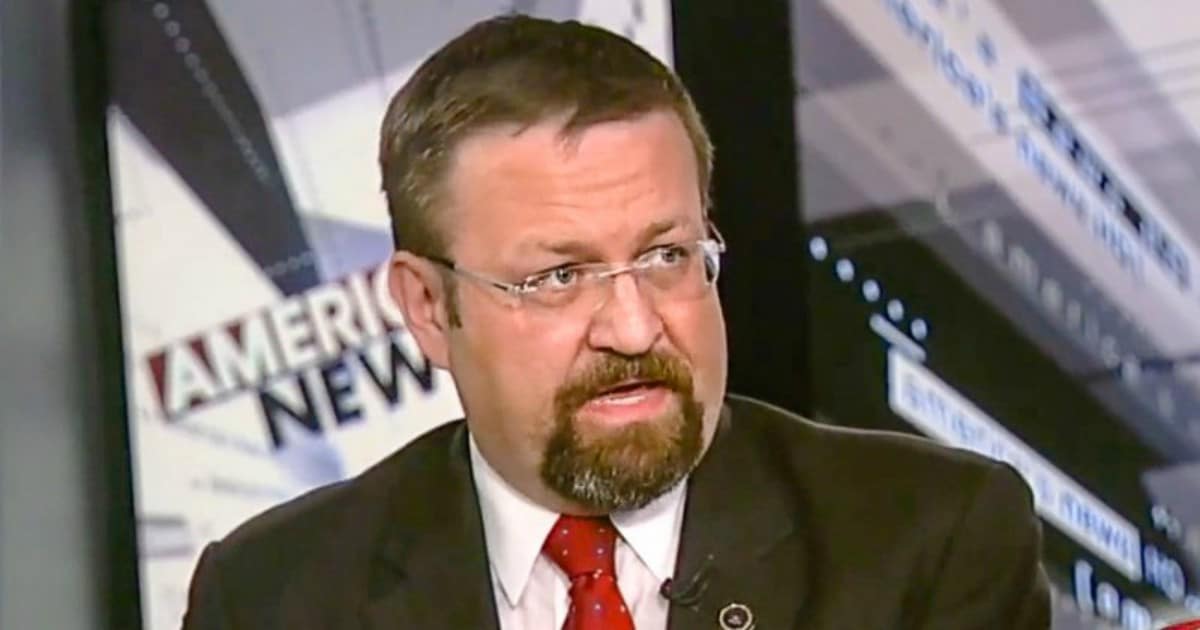 Sebastian Gorka, Trump’s deputy assistant, has been on a roll lately.

As deputy assistant to the President of the United States, he carries a lot of responsibilities. As with all White House staff, he does it proudly, with much skill and tenacity.

Well it looks like he’s taking on a new roll now, one that is much needed.

Friday on Fox News Channel’s “Hannity,” Dr. Sebastian Gorka, deputy assistant to President Donald Trump, discussed his recent interaction with the media, some of which have been adversarial.

HANNITY: All right, a Gorka beat-down. Joining us now, the man himself, the deputy assistant to the president, Dr. Sebastian Gorka. I just want to point out factually, 50-year reruns of “Yogi Bear,” 25-plus year reruns of “Full House” are what’s on at “Nick at Night” that is beating CNN. So you’re factually correct. And you took it to them. And I’m glad you did. Why did you decide to do it?

GORKA: Because sooner or later somebody has to push back. We have beautiful, intelligent women like Kellyanne. We’ve got brave professionals like Sean Spicer. Somebody has to be the president’s pit bull. And I’m ready. I’m going to take it to them.

The liberal media has been in meltdown mode since the election. They hate the President and our movement of returning to American values and freedom. So, they’ve chosen to destroy their credibility by lying about Trump at every turn.

There comes a time when our leaders will not stand for it anymore. Dr. Gorka has taken on the challenge, choosing to be the President’s pit bull by going after the media.

Our nation deserves better than CNN and the New York Times. These pathetic excuses for news outlets blatantly publish lies in the hopes of discrediting our duly elected President.

Can any of us really stand for it? All over America, many people are standing up to the dishonest media, speaking out online about its corruption.

Don’t be surprised to hear more from Gorka as he rails against the sham called the mainstream media. Hopefully he will be effective at dismantling this corrupt industry and bring some honesty back to the press.