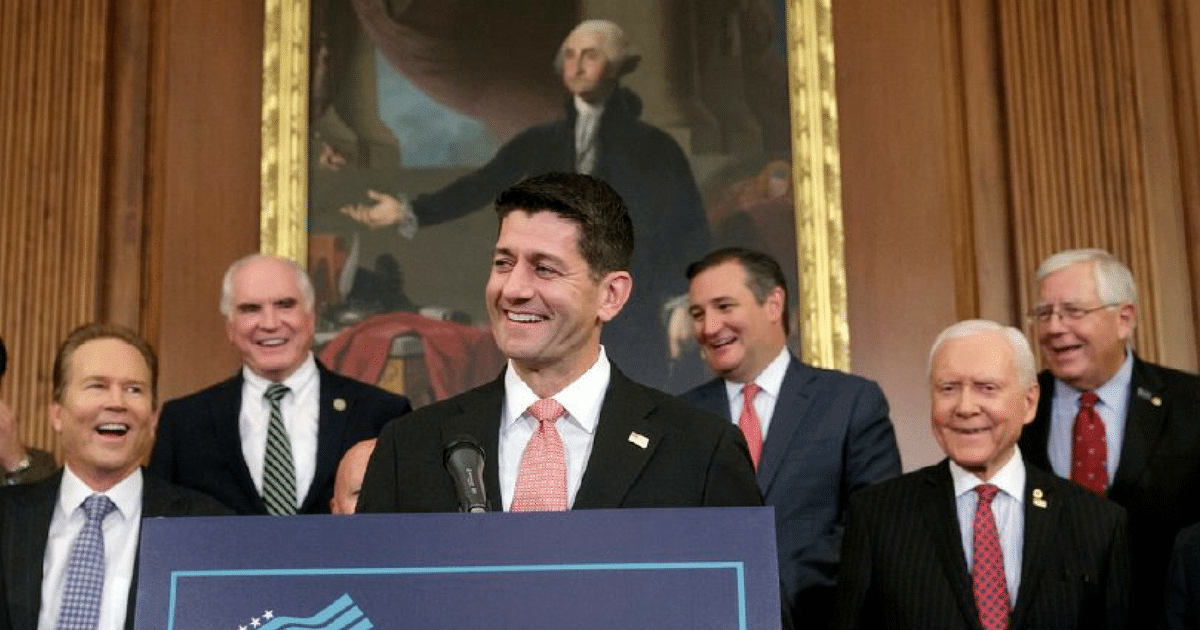 Bells will be ringing before we all know what hit us, but members of Congress may want to hold off on making holiday plans too far in advance.

That’s because there remains a ton of work to be done between now and then, and President Donald Trump’s tax reform plan is one of the pressing items.

We’ve already seen plenty of hand wringing from elected officials about that being too short of a timeframe to get it done, but the excuses aren’t flying this time around.

At least one elected official thinks it will get done before the buzzer sounds.

The Washington Examiner has the news.

A Christmas Eve vote on tax reform is likely if Republicans win enough support to pass the legislation, a key lawmaker said Wednesday.

“I do think if you had to pick a date by which we pass it through the House and the Senate, it would be Dec. 24, right?” said Rep. Patrick McHenry, R-N.C. “Simply driven by human nature and what has happened traditionally.”

That’s one way to handle it, but here’s another approach that may work: stop talking about it, and actually get to the table and get a deal done.

In the private sector,  employees that are incapable of handling simple requests from the powers that be will not receive a ton of sympathy.

Why should it be any different when it comes time for lawmakers to do the job they were elected to do?

McHenry is the House GOP’s chief deputy whip, meaning he helps lead the team responsible for rounding up votes and determining when they have enough to pass legislation.

Speaking at an event in Washington at the Financial Services Roundtable, a finance industry group, McHenry said he is “optimistic” about passing tax reform this year.

Republicans haven’t introduced legislation, but they aim to pass a bill by the end of the year, an extremely ambitious timeline. Many lobbyists and other tax watchers see that goal as unrealistic.

Lamenting about the unrealistic nature of a particular goal is not something that will help it be achieved.

Putting your nose to the grindstone and figuring out how to get it done will.

Politicians do a fantastic job talking about how they’re going to do great things when they’re out stumping for votes. Now is the time to do something that will benefit all American voters.

The clock is ticking, and we’re not feeling real sympathetic about the perceived plight that lawmakers are whining about.