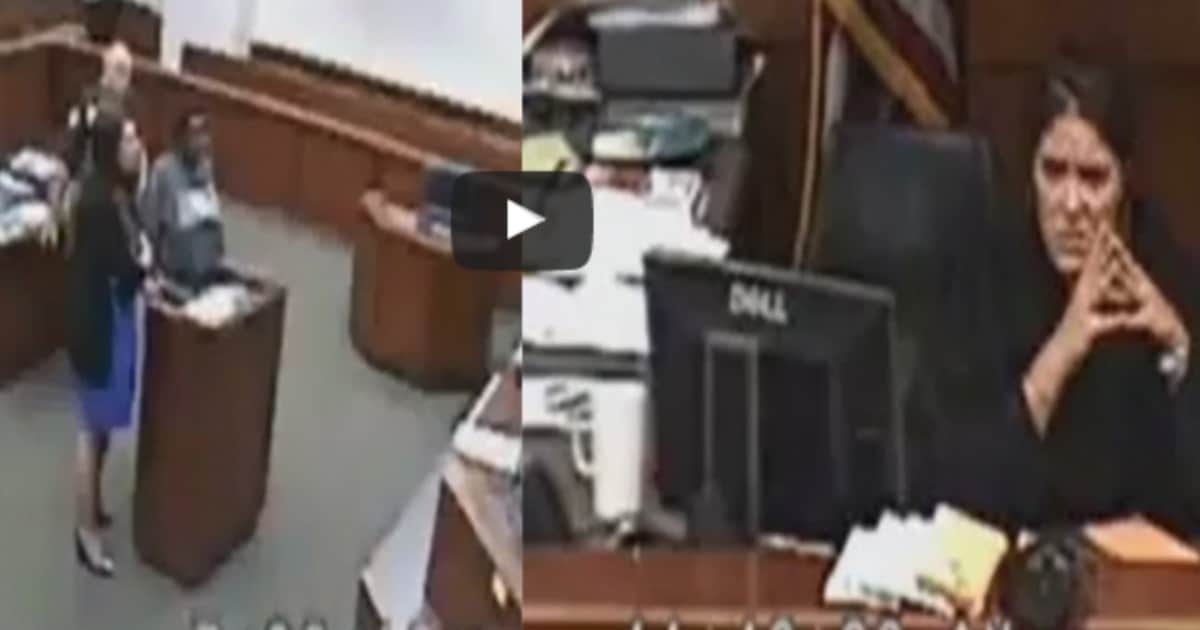 Criminals have every excuse you can imagine for not being ready to appear in court. And I was sure I’d heard them all. But not this one.

I have family and friends in all levels of law enforcement, so I hear many of these stories, and they almost always go the same way. Someone needs to appear in court for sentencing, or to set pretrial dates, or simply to check in with the law.

And there’s always some reason it just can’t be done – ‘my car is breaking down.’ ‘I lost my papers.’ ‘Mistakes were made.’

And what’s even worse about it? This woman just came from jail. So if she didn’t have pants…someone decided not to issue them.

In July 2016, District Court Judge Amber Wolf was prepared to sentence a female inmate for failing to complete a diversion program following her shoplifting conviction.

But moments after the woman entered the Kentucky courtroom, her attorney told the judge that the woman was not wearing pants.

The woman, who was completing a three-day jail stay, was apparently denied pants — along with feminine hygiene products.

Mind you, my first thought was that there was more to the story. I mean, there has to be some reason that an inmate isn’t issued pants or toiletries. Because, if not…why would someone do that?

But I was wrong. There’s no extra background information here – she just wasn’t issued pants. That’s the whole story. It’s degrading, humiliating, and shouldn’t happen in the US.

And if you think I was mad, just wait until you hear the judge.

Judge Wolf was absolutely outraged — not at the inmate, of course, but at the staff. “Excuse me? This is outrageous. Is this for real?” she asked from the bench. “Am I in the Twilight Zone? What is happening?”

She then called corrections officials to demand an explanation. “This is completely inhumane and unacceptable,” she told the inmate, before apologizing to her on behalf of the court.

Instead of giving the woman more jail time, Judge Wolf released her with a $100 fine.

The video is here. Watch, and enjoy.