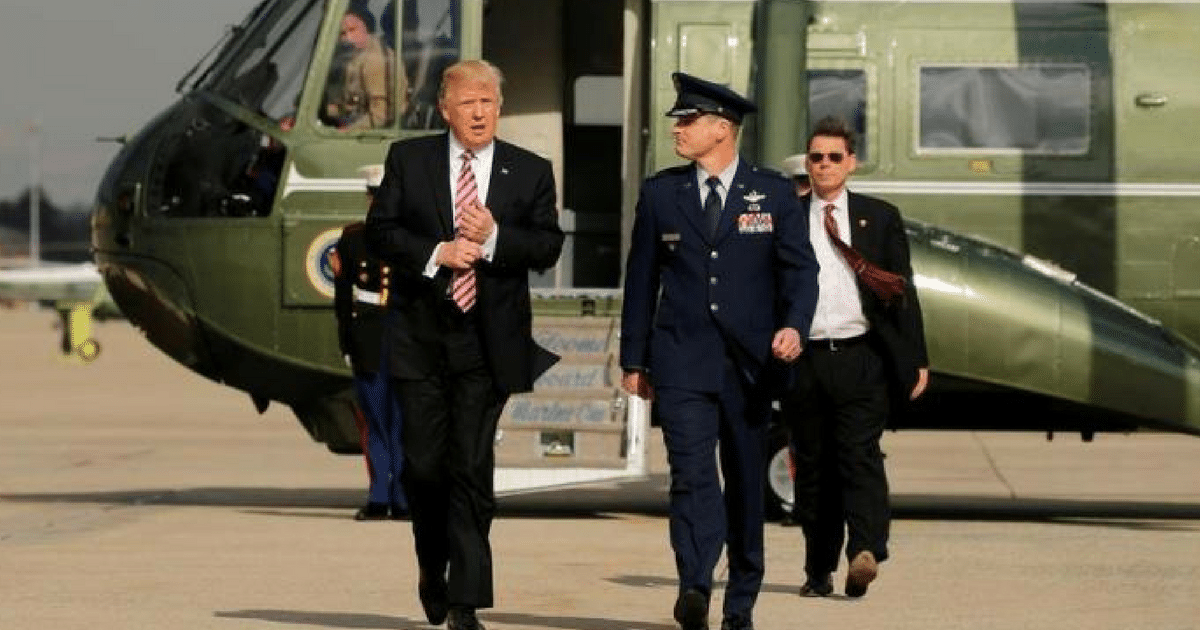 Politicians who do what they promise are a rarity in DC. Especially if it puts them in physical danger.

Which, by my estimate, makes Donald Trump the rarest of the rare. Because he’s dared to do what few others have, and in an environment more hostile than any in presidential history.

I don’t make that claim lightly. The tension between North Korea and the US has reached a pitch that hasn’t been matched since the first Korean War. And that war didn’t involve North Korean nuclear weapons.

But now it does.

So you can bet that a physical visit to the border between North and South Korea would be quite the provocative walk in the park. And Trump is going to take that walk.

Trump was expected to send a significant message to North Korea, either verbally or “kinetically”, during his first trip to the peninsula as U.S. commander-in-chief.

‘Kinetically,’ of course, meaning ‘physically.’ Because there’s nothing more intimidating or dominating than being physically present on the border.

It’s time the libs and the worrying cowards admit something: Trump’s brash style of taking enemies head-on is, quite possibly, the only thing that might stop a nuclear Korean War II. Because nothing stops a madman more than someone who isn’t willing to back down for anything.

Even if he’s standing on the border while doing it. That’s putting your money where your mouth is.

It’s worth noting, too, that Trump’s visit is more dangerous than all previous visits. And yes, there have been previous visits – most unfortunately by Barack Obama.

A trip to the DMZ, following in the footsteps of Barack Obama, would bring Trump within yards of North Korean soldiers, who stand eyeball to eyeball with their South Korean enemies.

Obama’s visit, though, was submissive. He may as well have crawled to the border begging forgiveness.

Nothing yet compares a visit to the Korean border by a man who has countered every North Korean nuclear threat with a threat of his own.

Trump doesn’t mince words. He’ll fight, if he has to.

And he’ll tell Kim Jong-un that very thing – at the border, if he has to.