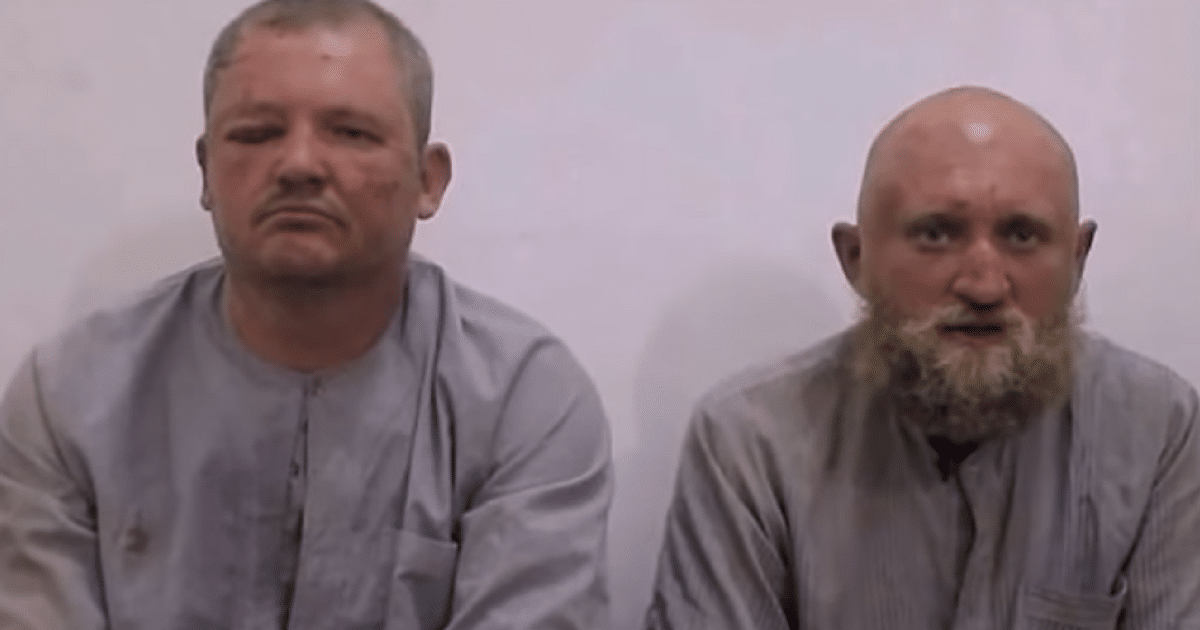 It’s not a secret by now – ISIS is evil. They rape, they kill, they plunder. They must be destroyed.

But this new video might make you all the more eager to get the US started.

Keep in mind, of course, that it’s rare when a wartime captive is shown to the outside world. Most of the time, it’s an opportunity for propaganda – ‘we have your soldiers, and we’re stronger than you,’ and so forth. It’s a message to the opposing army.

But when the message is ‘we have your Christian brothers, and our faith is stronger than yours’? That’s a message to the world.

And two Russian Christians just showed the world that they wouldn’t back down. Even unto death.

Two Russian mercenaries captured by the Islamic State terror group are believed to have been killed after they refused to denounce their Christian faith and convert to Islam. Roman Zabolotny and Grigory Tsurkanu were captured by by radical Islamists in the city of Deir Ezzor.

Capture, when it’s ISIS, usually means execution. Taped execution, in which the victim is slowly beheaded with a knife.

Zabolotny and Tsurkanu might have luckily avoided that particular fate. But they themselves? Perished. With absolute certainty.

Russia, anyway, is sure of it.

“It is very sad but Roman Zabolotny is not alive, nor is the second prisoner.”

Now, as tragic as it is, soldiers die every day – US, coalition, Russian, and Syrian. It’s simply a fact of war.

What wounds about this, though, is the fact that these soldiers weren’t targeted by mass enemy bullets, but by cause of their own Orthodox beliefs.

SYRIA: 2 Russian mercenaries captured by ISIS have been executed because they refused to read out a statement saying they rejected Christian faith& had become Muslim. Roman Zabolotny, 39, Grigory Tsurkanu, 38, also refused to say on camera that they had joined the terrorist group pic.twitter.com/OpCjULcEUg

Before the video was filmed, the men were [ordered to] disavow their religion.

Indeed. And well they should refuse. They’re already dead – they’re in ISIS hands, after all.

The only thing left to do is stand for their Christian beliefs.

“They stayed loyal to the Orthodox faith and their Motherland until the very end, and this is what they were killed by those gangsters for.”

Russians are exceptionally tough. But even the execution of a fellow Russian Orthodox Christian is enough to spur on tears.

And retaliation, if and when possible.