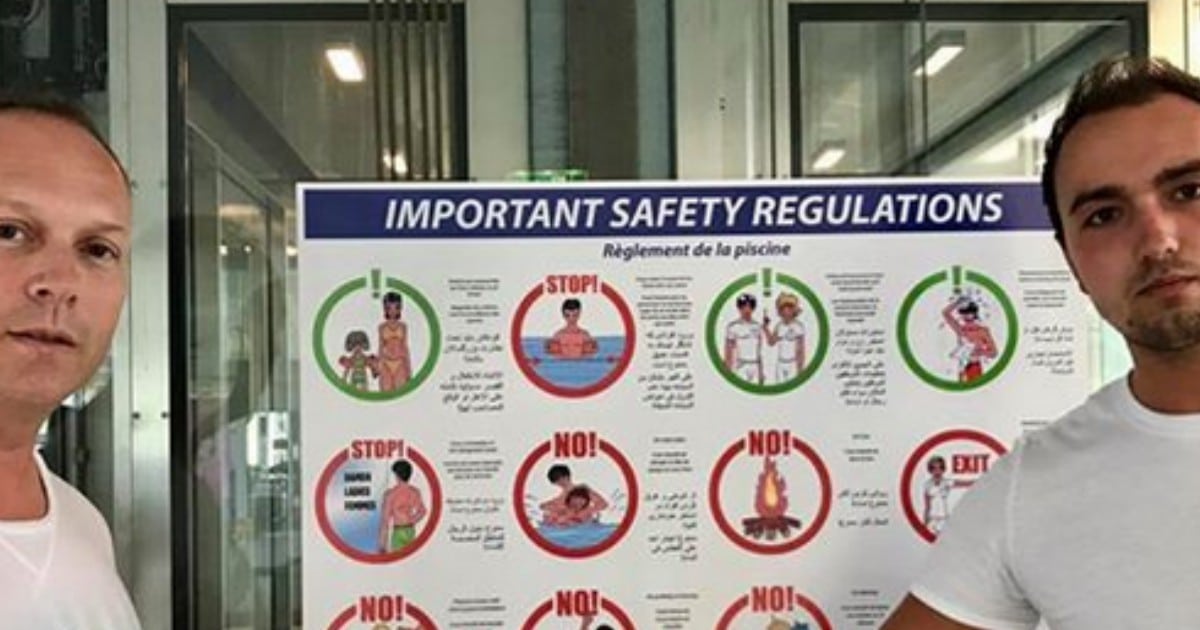 All around the world, cities and countries are suffering from unregulated mass migration.

It is wreaking havoc with once normal, everyday activities. Migrants refuse to embrace the culture of their new homes and cannot even behave with basic decency.

This has forced some towns to post signs explaining commons sense rules, even at places like swimming pools.

A swimming pool in Austria has had to put up signs warning male migrants not to grope women or enter their changing room, in an effort to prevent sexual assaults from taking place.

The signs have been discovered posted in a swimming pool in Perchtoldsdorf, a town not far from Vienna.

One sign shows a picture of a young female in a bikini, with three hands appearing to try and grope her. The sign reads ‘NO!’ and next to it explains ‘physical contact with other guests is forbidden’ in English, French, and Arabic.

Another has a picture of a man about to enter a female changing room, with the words ‘STOP!’ written above it and ‘entry is forbidden in non-designated areas’ written beside it…

“Can this be true?” he asked. “Do you have to put something like this up in a civilised society? Or is it once again a submission to the mass migration of completely uneducated and culturally alien people?” he continued.

Honestly, does anyone need to be told not to grope a stranger? Or not to follow women into dressing rooms?

Yet the behavior of these migrants is so bad, they need to be reminded not to molest women at the swimming pool.

Men from Muslim countries have a shockingly poor record when it comes to respecting women. Not a surprise, as in many of these countries the women are second-class citizens. So, when millions of Muslim men migrate to Europe—what do you think is going to happen?

But groping is nothing compared to the other heinous crimes these migrants have committed.

Some of the most shocking incidents in swimming pools that have led to these drastic measures being put in place include an Iraqi immigrant viciously raping and hospitalising a 10-year-old boy and a three-year-old being sexually assaulted.

Yet European leaders have not only refused to send these migrants back, but haven’t even placed a cap on newcomers! It’s as if they want their native people to be targets for molesters, rapists, and murderers.

Unless they make drastic changes, there won’t be a Europe left.