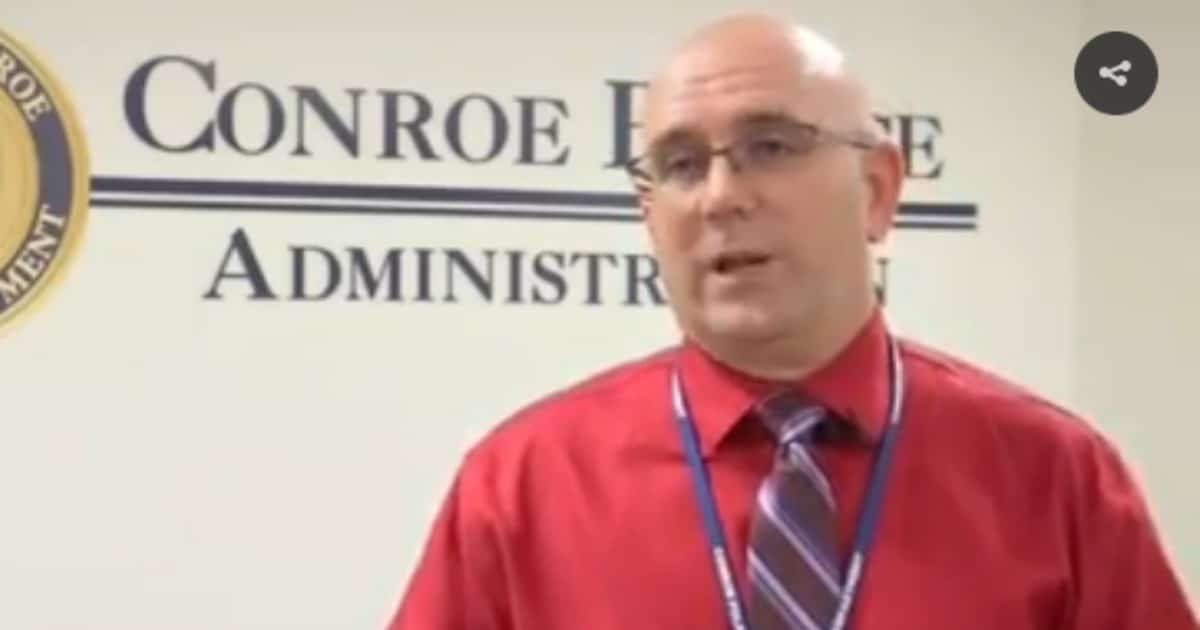 First responders are some of the most important people in our society. They put their lives on the line in order to protect us from disaster, danger, and criminal activity.

But what happens when these brave men and women are rejected by their own communities?

It was a question that a Texas police officer recently faced. Conroe, Texas Police Chief Philip Dupuis had planned to visit his ear, nose, and throat doctor.

As a first responder himself, a visit to the doctor is almost a luxury. With his responsibilities, you can imagine how rare it is for him to get away, even for a needed checkup.

His visited the office in his usual gear, as is fitting an officer. It’s common for police, especially a chief, to regularly carry their identification and gear. Even while off-duty, an officer has a certain responsibility.

Danger and trouble can erupt anywhere. Dupuis understood this. So, when he entered the doctor’s office, he was wearing his handgun, badge, and Conroe police identification.

At the site of an armed police officer, most citizens feel a sense of security. This trained officer has sworn to protect the citizens of Conroe. Everyone in that office should feel safe. Chief Dupuis was on hand! There would be no trouble today.

Yet that was not what the receptionist felt. As Dupuis was trying to check in for his appointment, he was told to leave his gun in his car.

In the state of Texas, an officer has the right to open carry. Dupuis was not breaking any laws, nor was he someone they should worry about harming anyone. Yet this office’s seeming bias against the Second Amendment or law enforcement led them to treat a serviceman like some kind of criminal.

The officer, who has the legal right to open carry in Texas, refused to comply with her request and explained he was a police officer — to no avail.

“The lobby was full of people, and they asked me to leave because of who I am,” Dupuis told The Courier. “I didn’t think twice about it because I can and do carry everywhere…”

Dupuis, who has been in law enforcement for over 35 years, claimed his disappointment isn’t just about what he experienced personally, but about his concern for his two children’s futures:

He told The Courier that they want to grow up to become police officers as well and said, “When I see something like this, I don’t want my kids going through this.”

It’s shocking to think that such an event would motivate a brave, long-serving officer, to tell his kids not to follow in his footsteps.

Yet this is the toxic society we are leaving for our children. Even in the heartland of America, there are vile people who hate cops and despise our Second Amendment. Limp-wristed, spineless liberals, who blanch at the site of a strong man, armed and ready to defend himself and others. 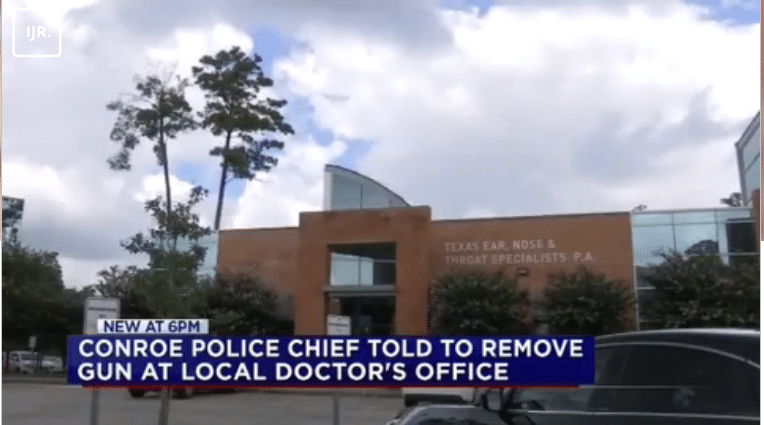 What would have happened if a criminal—a real danger—entered that office? Most doctor’s offices have lots of valuable drugs stocked away, right? What if a junkie burst in, wielding a knife or gun, demanding some pills?

I bet that receptionist would have wanted Dupuis armed and ready then!

This vile hatred for guns is spreading throughout our country. The media and politicians want people to be afraid of a simple and effective device used to keep them safe.

They portray guns as unstable bombs that can go off at any moment. They make it seem only criminals own guns. So an entire generation of Americans is growing up with a fear of the very thing that can save their lives.

Worse than that is this bias against cops. Throughout our country, people are told to mistrust and hate the very people who keep them safe. These are the ones that will fight rapists, muggers, killers, and terrorists. Yet we see right here, even in a doctor’s office, the kind of hate they receive.

From all appearances, the officer tried to make amends with Dupuis, but only after he told his story on Facebook. The overwhelming support he received from fellow cops and citizens was encouraging.

Despite the growing negative sentiment, there are still people who believe in our police.