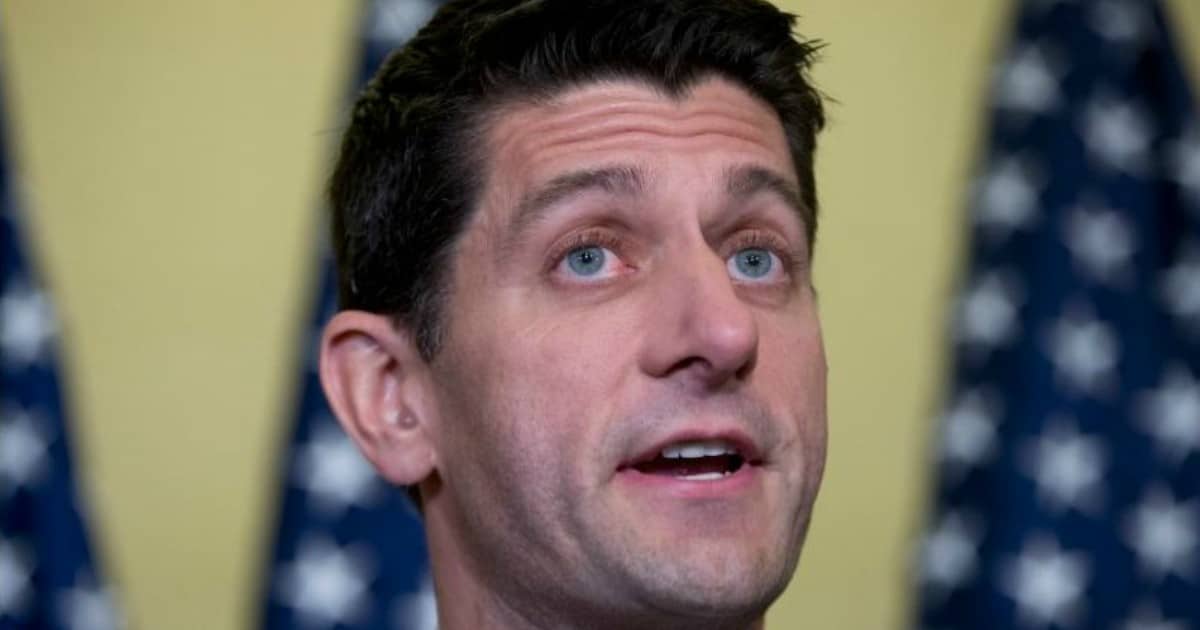 If you listened to nothing but the mainstream media, you probably have the impression that Trump’s White House and administration are extremely difficult to work with – and given Paul Ryan’s history of failing Donald Trump, you’d probably expect him to agree.

Ryan, if you remember, isn’t exactly pro-Trump – he sabotaged the Wall. He somehow let ‘repeal and replace’ of Obamacare die – and that one was a cakewalk. He’s consistently failed to be up to the challenge when the president has needed him.

So you’d expect that Ryan wouldn’t have praise for Trump. Certainly the liberal press has conditioned you to think so. But you’d be wrong.

Speaker Paul Ryan is claiming that it’s “easier” having a Republican in the White House rather than a Democrat, despite some of the legislative challenges his party has faced so far this year.

In a new interview on Fox News’ “Fox and Friends,” the Wisconsin Republican was asked if it’s not necessarily easier having President Trump in the White House.

“Oh, I think it’s easier,” Ryan said. “It’s easier but also it’s exciting and it gives you optimism because you have a chance of doing things.”

That last sentence should be examined more closely. Especially given Ryan’s history with Trump.

Fact is, the Republicans could have gotten a lot more done had Ryan stepped up to the plate. Ryan knows this.

And given Trump’s unpopularity in the mainstream press, Ryan has an easy chance of scoring popularity points if he bashes the president, and says he’s impossible to work with.

But he doesn’t. In fact, even after so many setbacks, Ryan still says this: “it’s easier…because you have a chance of doing things.”

Which means, if you think about it, that Ryan basically thinks you have no chance whatsoever of doing things under a Democrat. And after eight years of Obama, I see his point.

Ryan said that Republicans, on the other hand, disagreed with President Obama “on so many things.”

“With President Trump, the sky’s the limit,” he said. “I mean, the Senate is a razor thin majority. That is a very tight majority. But we have this opportunity and we just cannot blow it.”