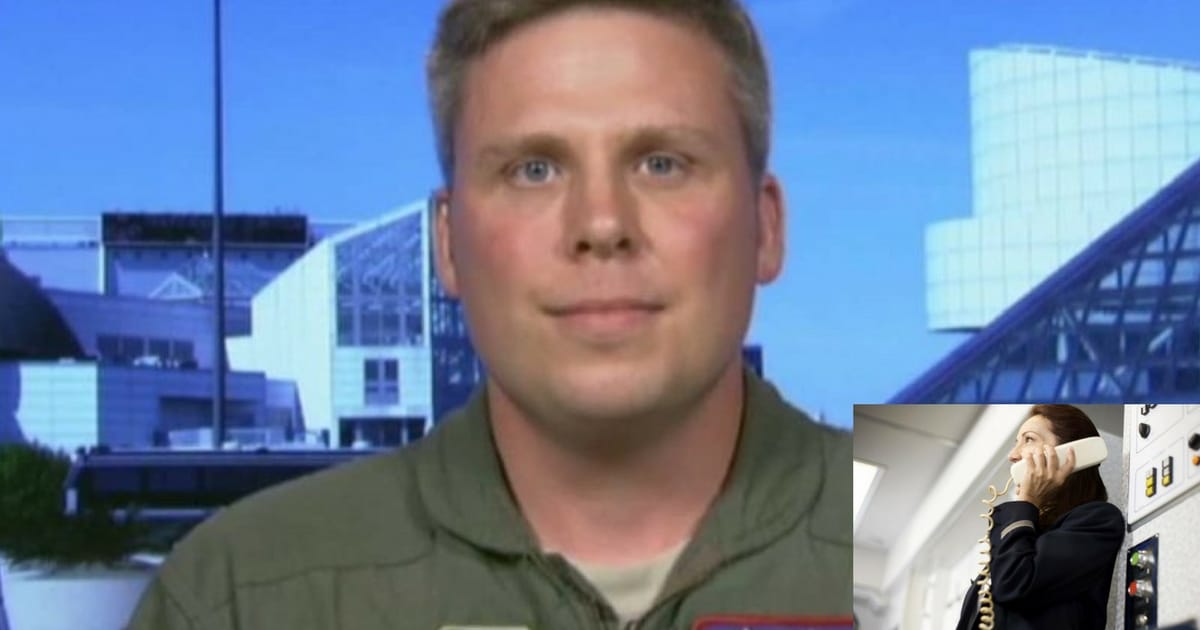 Today’s story makes one thing clear – military men never stop serving their country. Even if they’re not on duty.

And even if ‘serving their country’ means nothing more than ‘lend a hand to a fellow pilot.’ Which might not sound like a big deal, except that this particular pilot is landing a plane with 160 people on board.

Also, the head pilot just suffered a heart attack. Did I mention that part? That’s the cause of the stress, and it’s pretty important.

United Flight 1637 was supposed to be a quick holiday jaunt for off-duty Air Force Captain Mike Gongol and his family. But when the 737’s pilot suffered an apparent heart attack, Gongol ended up in the cockpit, helping guide the plane to an emergency landing that saved 160 souls.

The Des Moines-to-Denver flight‘s diversion last December was well publicized at the time, but Gongol’s role in its safe conclusion seems to have come to light last week, after a military reporter published his story.

Gongol’s part in the landing was overlooked, it seems, because he didn’t physically land the plane. That part of the job was left to the co-pilot. And while she was perfectly capable herself, the fact remains: landing a plane without a second pilot is a really, really bad idea.

After all, if one pilot can get a heart attack and leave the plane stranded without warning, it’s probably a good idea to have a backup. Even if you’re already the backup.

Which is why Gongol stepped in, as co-pilot. And it was clear from the beginning that he was needed.

“After they moved the pilot, I was asked by the first officer, ‘are you a pilot,’ which was quickly followed with ‘what do you fly,'” said Gongol.

“I knew she was in a serious situation and that question gave her five seconds to judge if I would be useful. I also had about five seconds to assess her, ‘was she panicking, or was she OK to fly the aircraft?’

We both finished our silent assessments, she made the right judgment and told me to close the door and have a seat.”

From there, Gongol was calm and collected, and the first officer decided that he would be most useful to talk on the radios, back her up on the aircraft’s checklists and look for anything going wrong.

Quick, five-second assessments are second-nature to military men. But it’s not easy for the rest of us, which makes the co-pilot’s judgment of Gongol all the more impressive. She would have made a fine soldier.

And she was right – Gongol came in handy during landing. “The first officer had never landed at Omaha, so Gongol—who’d landed there while training as a B-1 bomber pilot—gave her another hand.”

Help with flying, and help with landing.