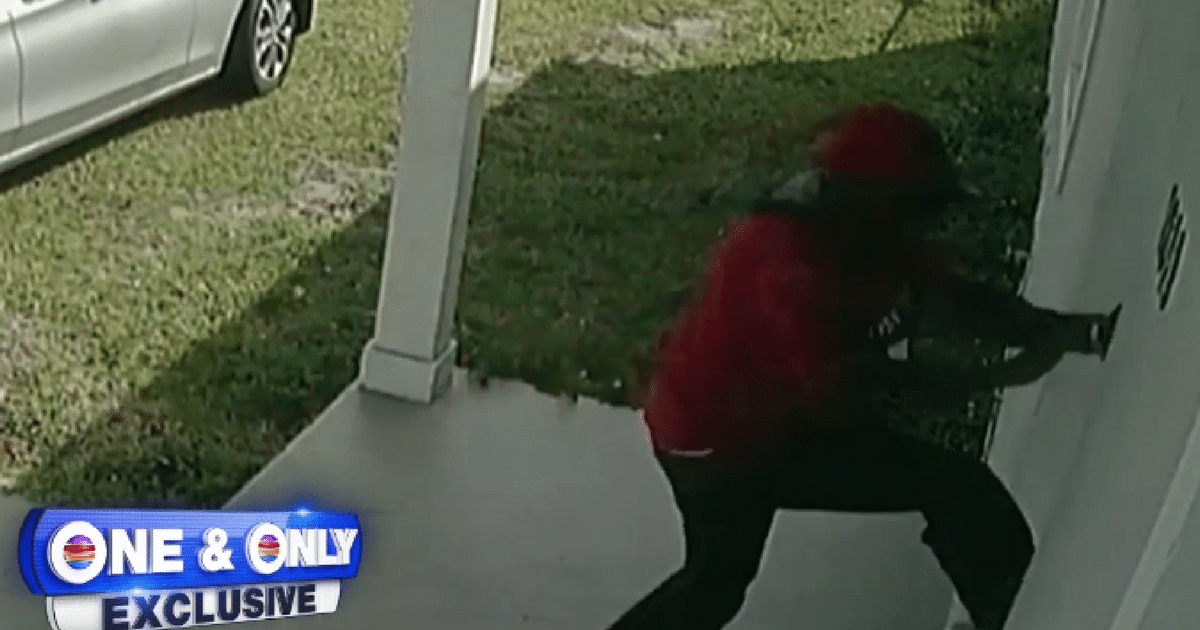 Liberals would have you believe that anyone who owns a gun is a big, scary redneck who is more likely to shoot an innocent person than a real criminal.

Also, liberals usually side with criminals, so even shooting a criminal is bad for them.

So when a good story about gun rights and the protection of the innocent surfaces, it’s a good bet that the mainstream media won’t report it.

But we will. And this one’s fantastic.

In Florida, a young mother of two, including one newborn, chased a burglar out of her house with a shotgun. And it was caught on video.

The burglar quickly realized that he was in serious trouble after making it inside the home.

‘He was running for his life and kept looking back, making sure I wasn’t going to shoot him in the back,’ the woman said.

‘What stopped you from killing this guy?’ Local 10 News reporter Michael Seiden asked.

‘My kids. Not traumatizing them and I did have a baby,’ she said.

To be completely fair, the mom is right – shooting a shotgun and holding a baby at the same time probably isn’t a great idea.

But the rest of the story is a quiet reminder of why we need gun rights, and gun protections, and politicians with enough stones to protect both.

Thankfully, SCOTUS nominee Neil Gorsuch is just such a man. President Trump is keeping his word when it comes to protecting the 2nd Amendment.

As for the mother and kids, they’re safe and sound. And the burglar is long gone, though local news is distributing his picture in hopes that he’ll be caught.

He did make off with a stolen Mercedes, after all.

But the real story here? Guns work. And in the hands of law-abiding citizens, they’re a powerful tool for protection.

And they deserve their own protection for that very reason.