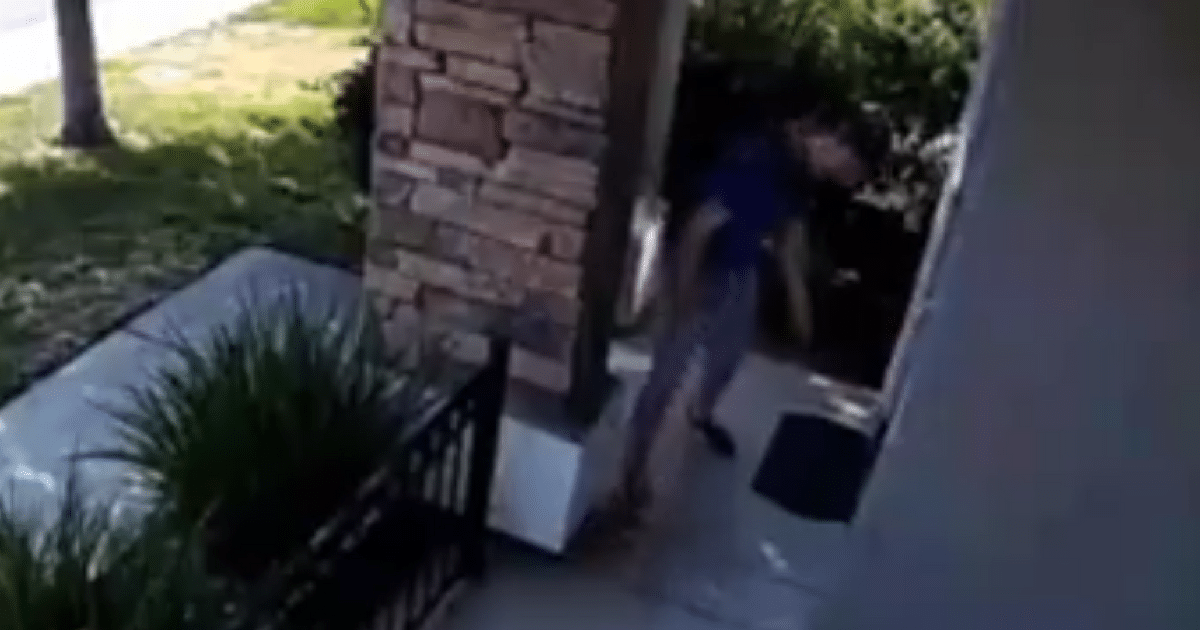 We live in a dangerous world. Even in a quiet, suburban neighborhood, danger might be lurking around the corner. As a conscientious person, you need to take steps to ensure your safety.

That’s especially true if you have a family, with young children. The safety of your children is your top priority. So, you’ll do whatever you can to secure your home and property.

That’s just what Melissa Vang did, when she and her husband installed a security camera at their front door. One day that paid off, when a strange man approached their house and she was home alone with the kids. What he did took her entirely by surprise.

VIDEO: A teen in California found a wallet with $1,500 in cash, so he did what many probably wouldn’t: he returned it.MORE >>> http://www.kctv5.com/story/36405489/watch-teen-caught-on-camera-returning-wallet-to-owner

The young man was 18-year-old Tyler Opdyke. He was passing out flyers for his uncle’s pest control business when he noticed the wallet sitting in the driveway of Melissa’s house. Inside were several credit cards, as well as $1,500 in cash.

Figuring it probably belonged to someone at that house, he went up and knocked on the door. He could hear Melissa’s children playing inside and knew someone was home, which is why he kept knocking.

When no one answered, he looked around for a security camera so he could show what he was doing.

Melissa was stunned by Tyler’s integrity. The wallet was actually her husband’s and the money inside had been collected from family members for a special event. When her husband got in his car that morning, he didn’t realize the wallet had dropped out of his pocket.

The video footage of the Good Samaritan was put on social media, where it quickly took off. People from around the world watched the video, amazed at what they saw. For good reason. In this day and age, you’d be hard-pressed to find a young person so honest and decent.

It would have been all too easy for Tyler to find the wallet and walk away. That is especially true considering the large sum of cash inside of it. But this was a good kid, who knew that someone just lost $1500. How would he feel, if he lost that much money?

Obviously the Vang’s would be wrecked to know they lost the money, given to them by family. The husband especially would have been kicking himself. So, for this kind stranger to return it, untouched, is a true Godsend.