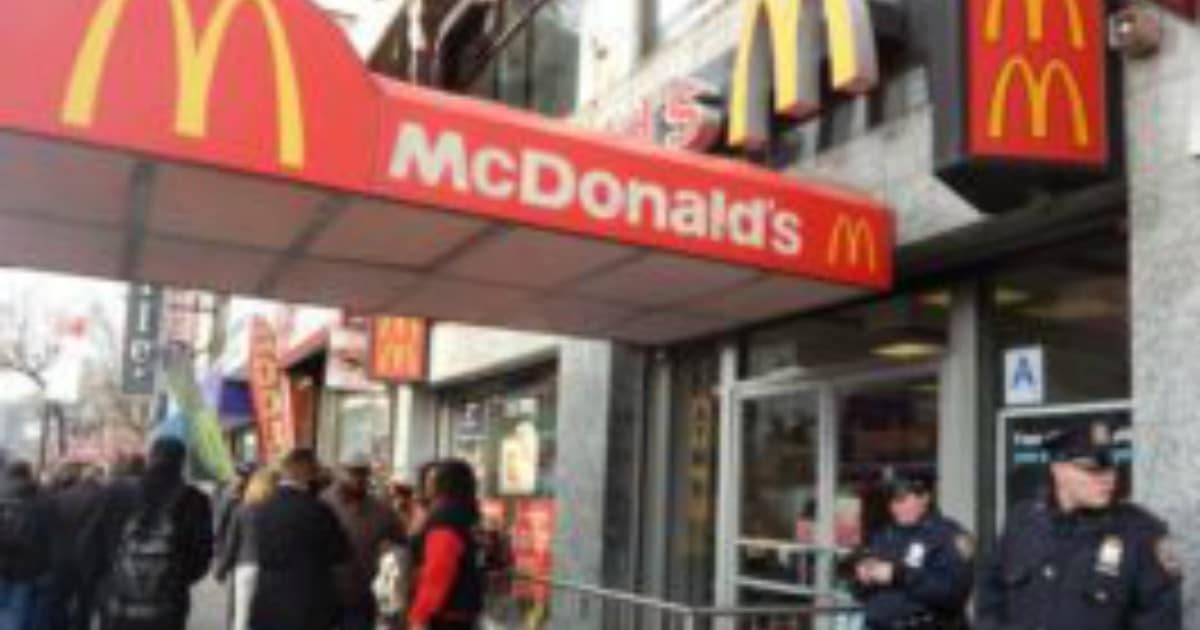 As if you didn’t need another reason to avoid the drive-thru.

For the longest time we’ve known that fast food restaurants are the bane of a healthy diet. The deep fried, high calorie, and low in nutrient food has caused a shocking spike in obesity, heart disease, and other physical problems.

This is especially true of children and young people, who are suckered in with toys in their meals and cheap prices.

But beyond the fatty foods, these restaurants frequently employ gimmicky and sometimes offensive marketing campaigns in the hopes to lure in new customers. It’s bad enough they want to sell us crappy food, do they have to insult us too?


McDonald’s is perhaps the worst of the bunch. The food chain shovels out a product that can barely be described as food, while spending millions of dollars in ad campaigns in the hopes of roping you in.

But perhaps their latest stunt has back-fired on them, and exposed a growing problem in a certain part of the world.

As most people know, Sweden is the beacon of “progressivism,” but it seems that things haven’t exactly turned out as planned for the left-leaning nation.

With violent crimes, including rape and murder, on the rise, liberals in the country are still obliging the uncivilized culture that’s having a negative effect on their fellow countrymen and nation.

Proving that most recently is McDonald’s recent decision to add something new to their marketing arsenal that has quite a few people concerned. As can be seen in a social media post, residents of the city of Södertälje (population: 83,600) received a few coupons in the mail that were in Arabic.

As a Swede, how am i supposed to know what the below coupons (i assume) mean ? Expiry date, how much rebate ???

I DONT UNDERSTAND THIS 😫😩😭 https://t.co/xT8nnDpDp2

McDonald's in the city of Södertälje in the country formerly known as Sweden. pic.twitter.com/TBIXPa98WF

On the surface it may not seem like a big deal, but it’s a sign of a larger problem. Sweden has become so accepting of a foreign religion and culture, its businesses are actually changing to accommodate them.

Normally, it’s the immigrants who adapt to their new homes. They learn the language, embrace the culture, and follow the laws. Yet the hyper-liberal government of Sweden has so bent over backwards for Muslim refugees that there are entire regions in their cities off-limits to police and natives citizens.

Muslim refugees account for a shockingly high amount of crime, including rioting, gang violence, and rape.

Instead of combating this issue properly, Sweden continues to make concessions to these criminals. McDonald’s is only the next in a long line of compromises.

The fact of the matter here is that people coming from these countries don’t want to assimilate – and what’s worse, leftists are essentially telling them that they don’t have to.

Despite the fact that these people are seeking refuge from countries where their own religion is allowed to rule as it was intended by the Quran and modeled by their murdering prophet, they merely want to bring this savage ideology with them.

The actions of McDonald’s in Sweden is that of a conquered nation, bowing to the will of their victorious invaders. What’s worse is that these Muslims did not have to wage a war to take over the country; their leaders bowed down willingly.