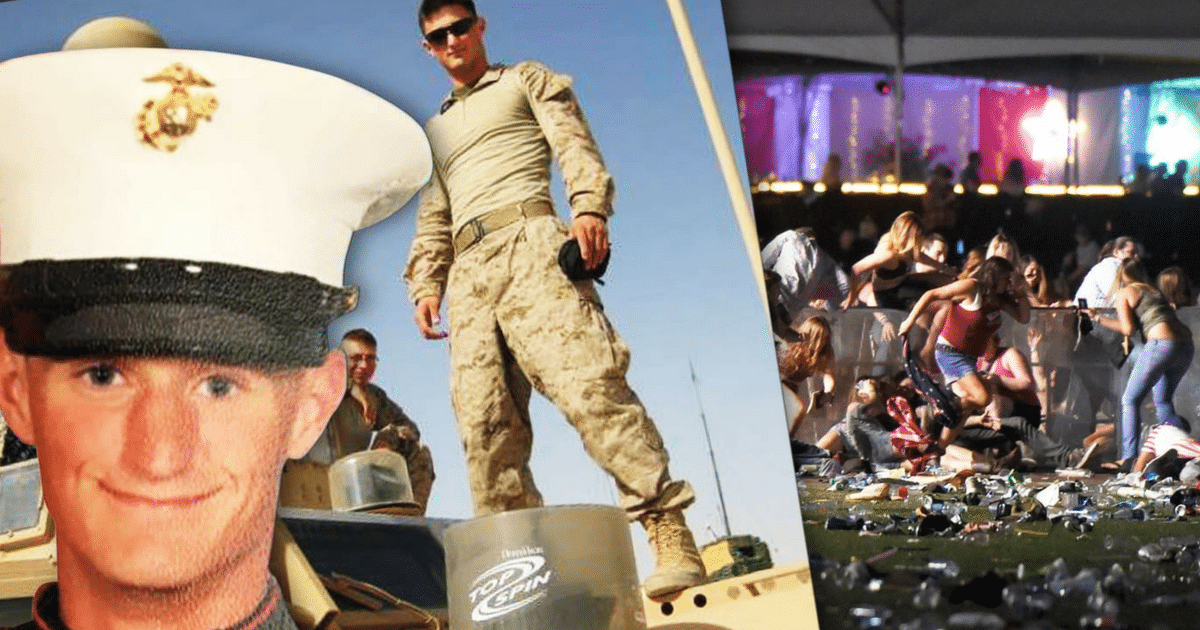 Chaos rained down on Las Vegas on Sunday night, and the nation is still picking up the pieces as it comes to terms with another senseless tragedy.

There have been numerous attempts to politicize the tragedy already, and we can expect that there will be a lot more – no matter how off putting that behavior is.

Generally unwatchable talk show hosts have been making spectacles of themselves to curry back slaps and high fives from other residents of the liberal echo chamber, while a failed presidential candidate has taken a momentary break from begging people to buy her book so that she can share her views with the general electorate that rejected her last November.

If you’ve been wondering what the heck happened to a sense of common decency and a need to mourn, you’re not alone.

We’re not going to add to the argument. There’s a time and a place for that, and that time is not now.

Instead, we’d like to draw attention to one of the many acts of heroism in the midst of outright terror, which clearly demonstrates to us that the American spirit remains alive and well in the face of adversity.

The Daily Caller shares the story of an amazing veteran that leapt into action to do what he could.

A Marine veteran commandeered a pickup truck after hearing gunshots at a Las Vegas concert Sunday night to try to save as many lives as possible.

Taylor Winston, 29, and his friends were at the Route 91 Harvest Festival and realized they were under attack when people started to scream and run, according to an interview with The Daily Beast.

A few of their friends suffered injuries as bullets rained down, but Winston and his friend Jenn Lewis were able to dive into the chaos to try and rescue people.

Winston and Lewis spotted a truck that still had its keys inside of it, so the pair swiped it and began taking the grievously injured to the hospital.

“Jenn and I luckily found a truck with keys in it and started transporting priority victims to the hospital and made a couple trips and tried to help out the best we could until more ambulances could arrive,” Winston, who served as a sergeant in Iraq, told The Daily Beast.

You would imagine that Winston and Lewis were just as terrified as everyone else by what was going on, but they didn’t let that stop them.

They saw people in need, and they jumped to help.

Winston and Lewis were able to take about 24 people to the hospital in a series of trips from the scene of the attack. The pair packed 10 to 15 people in the back of the pickup truck for each trip, choosing the most critically wounded to get to the hospital.

“I was in such a speedy movement I didn’t assess anyone’s faces or anything,” Winston told The Daily Beast. “Just wounds and who was most critical. I was just trying to be efficient and get the most serious critical condition people to the hospital first.”

This tale is nothing short of amazing, and it’s the kind that everyone can take at least a small sense of solace from.

It would be lovely to hear even more about things of this nature as opposed to hearing the yammering of those that can’t wait to get their political viewpoints out of the confines of their own craniums.

Winston stopped his trips when he realized that ambulances were at the scene and taking care of the rest of the victims. He drove to Stoney’s country bar, where he parked the car only to come out later and find it gone.

“People needed to get out of there, and we tried the best we could to get as many as could,” Winston said of his actions.

Winston and Lewis deserve a tremendous amount of kudos and praise for their selfless actions, but that’s not why they did it.

They saw a problem, and they did what they could to fix it.

In the face of tragedy, things can really be that simple.

In a perfect world, the simplicity will begin to extend to everyday life as well.