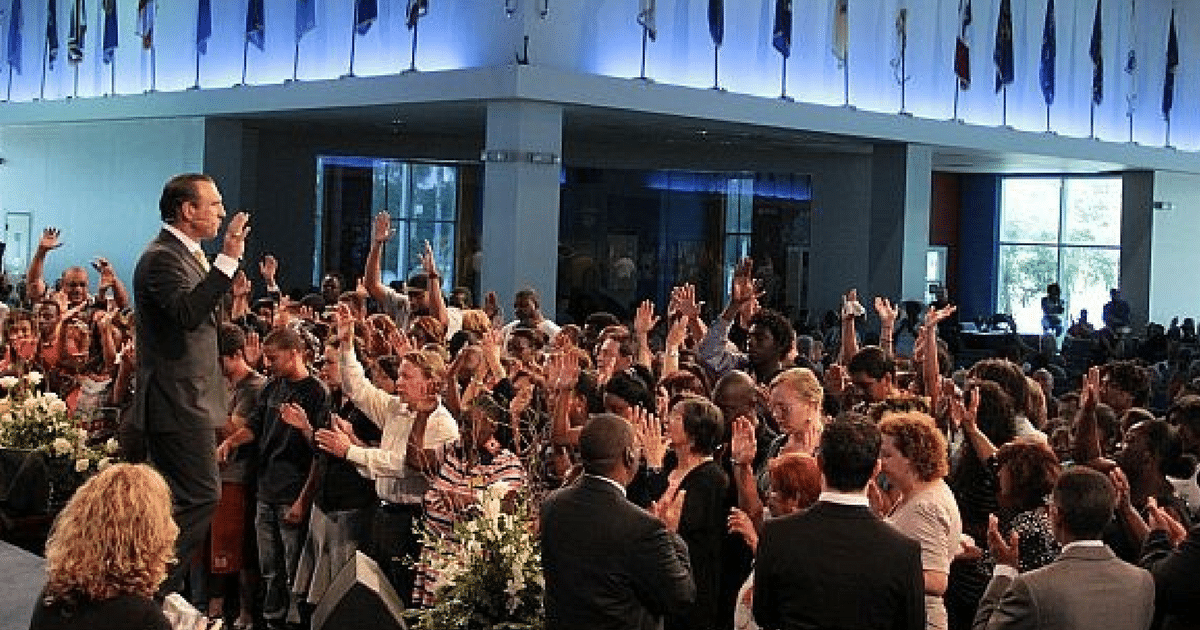 The horrifying mass shooting events in Las Vegas and Texas have reawakened the gun control debate in a big way.

Unfortunately, that debate hasn’t included all that much in the way of productive dialogue.

Every time a major tragedy strikes involving firearms, gun control advocates pull out their soapboxes and claim that more laws will prevent such things from happening.

Facts are completely glossed over as those folks advance their arguments, and little mental capital is devoted to answering the elephant in the room: Are more laws really going to prevent bad people from doing bad things?

Common sense doesn’t think so. Thankfully, there remain a ton of folks that are willing to stand up for common sense – as well as to defend their own constitutional rights.

The Blaze passes along an example of that.

The sign that greets visitors of River at Tampa Bay Church warns anyone with plans to harm those inside: Members of the congregation are armed — and they will use “deadly force” if necessary.

The sign — which well-known charismatic senior pastor Rodney Howard-Browne noted is on every door at the Florida church — has been up for about a year, the Tampa Bay Times reported.

But it got greater attention when Browne posted an image of the sign on his Instagram page following the deadly Texas church shooting that took 26 lives.

The sign makes things crystal clear for those that enter the doors of the church.

“Please know this is not a gun free zone – we are heavily armed – any attempt will be dealt with deadly force,” the sign reads in part.

“It is a deterrent,” associate pastor Allen Hawes told the paper.

Hawes himself has a concealed weapons permit and a Springfield Armory 1911 handgun, the Times reported, adding that he’s far from alone in the 21-year-old church.

“If you walk through the door with the intention to harm, that sign serves as a deterrent to you,” he told the paper. “We are not a soft target. People here will defend their families.”

The social media post has captured a ton of attention. Unsurprisingly, reaction has been decidedly mixed.

While it’s certainly a sad state of affairs when such a sign needs to be hung in a house of worship in the first place, that doesn’t outweigh the benefits of having it posted.

Bad people are going to do bad things. As we’ve all seen in terrifying fashion, a church itself is not going to act as a deterrent.

However, there’s a good chance that the sign will – as will the fact that the church will do whatever it can to protect its congregation from those with evil intentions.