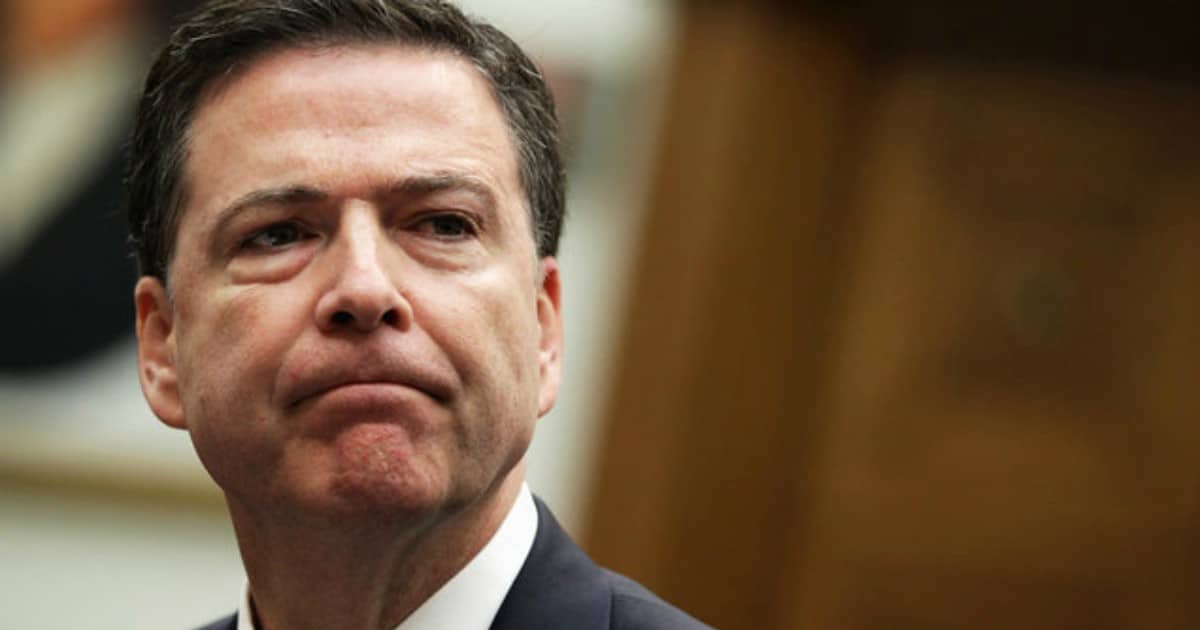 At long last FBI Director James Comey has been fired.

Many of us who’ve been paying attention knew this guy needed to go a long time ago. Ever since he gave Hillary Clinton a pass last year for her crimes, we knew he had betrayed the trust of the office.

Since then we’ve learned more and more how Comey’s decisions in recent years were motivated by politics, not law and justice. He was an Obama-appointee. It was clear he was working to protect the former president’s interests, even after he left office.

After some aggressive questioning by Congress — and more revelations being made — President Trump had the ammunition and justification for removing Comey once and for all.

But it looks like there was one letter that sealed Comey’s fate.

In a letter to Attorney General Jeff Sessions, Deputy Attorney General Rod Rosenstein explained in detail why he believed Comey was not able to effectively lead the FBI — mostly referring to his handling of the Hillary Clinton email investigation.

“The way the Director handled the conclusion of the email investigation was wrong,” Rosenstein wrote. “As a result, the FBI is unlikely to regain public and congressional trust until it has a Director who understands the gravity of the mistakes and pledges never to repeat them.”

He added, “Having refused to admit his errors, the Director cannot be expected to implement the necessary corrective actions.”

We’ve all known that for months. Anyone that watched him speak to the American public knew he was covering something up. On live television he carefully explained how Hillary Clinton broke the law, then later lied about it. Yet he refused to recommend that she be held accountable.

If it was anyone else who set up an illegal email server, sent classified documents through it, then later lied about it, they would have gone to jail. Yet because Clinton was a buddy with President Obama, they had Comey look the other way.

An honest leader would have defied Obama’s demands and pushed to prosecute Clinton.

Finally that error has been rectified. Perhaps now we can have an FBI Director that puts the law above politics.