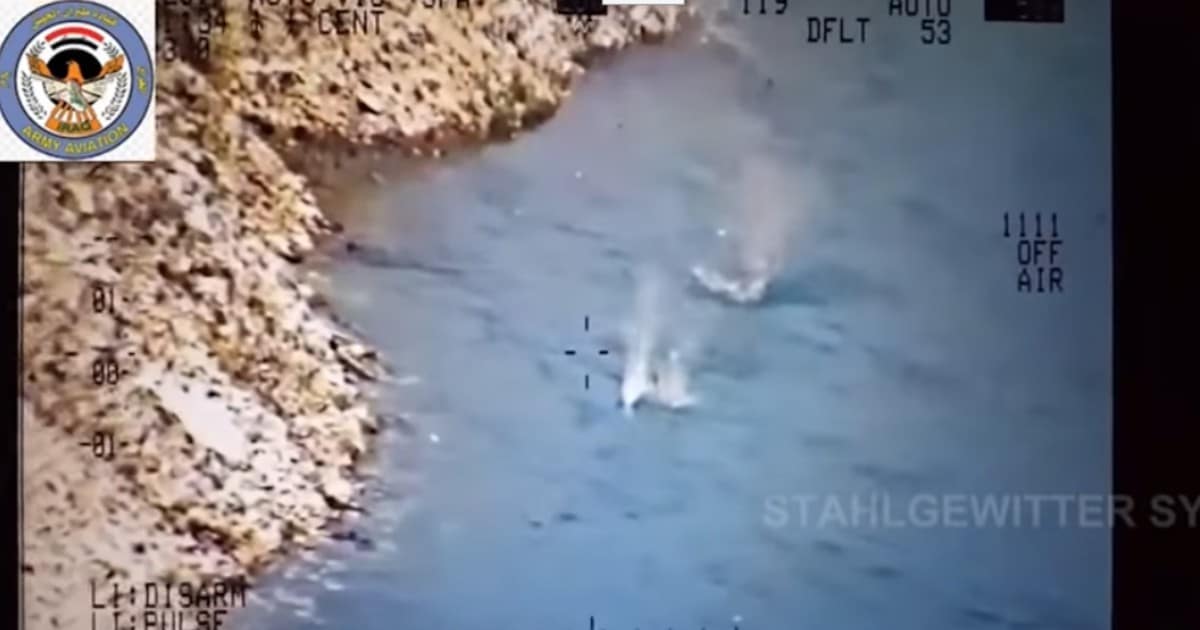 ISIS has managed to make itself a giant pile of enemies, but I like this one the best.

The terrorist state has been on the run ever since US and Iraqi forces took the Iraqi city of Mosul back. That’s the city, if you recall, where ISIS was founded. It has the mosque where ISIS began. And that very mosque is now destroyed – by ISIS fighters themselves.

(I guess they knew they weren’t coming back. And they’ve been on the run ever since.)

We have several people to thank for this – Donald Trump, not least of all, for finally allowing the US military to do what it does best. And Iraqi fighters, and Russian fighters.

But my favorite slayer of terrorists is probably this helicopter crew.

(And maybe this pack of wild boars. And this pretty Danish sharpshooter.)

Over the past few years, there has been a lot of footage that has come out of the Middle East documenting the ongoing battle between Iraqi forces and Islamic State terror group fighters.

One of the latest videos showed just what happened to a group of Islamic State terrorists who were reportedly trying to flee Mosul as Iraqi forces took over the city, the veterans-oriented website Funker530 reported.

The video was reportedly taken from an Iraqi helicopter that was patrolling the Tigris river during the final days of the push to retake Mosul by the Iraqi government.

The phrase ‘you can run, but you can’t hide’ isn’t even enough for this situation. It’s more like, ‘you can’t run.’ That’s it.

And it’s worth noting that ‘running away like cowards’ is now the standard response for ISIS fighters. The very same people who were raping hundreds, executing dozens, and blowing up innocents all over the world? They can’t even stand and fight, and at least die like men. Like evil men.

And, not that it needs to be mentioned, but all that running away? It started when Trump took office.

It shouldn’t be hard to see the causation.

Trump is doing his job. So is the US military.

And ISIS soldiers are running away. Until they’re shot.