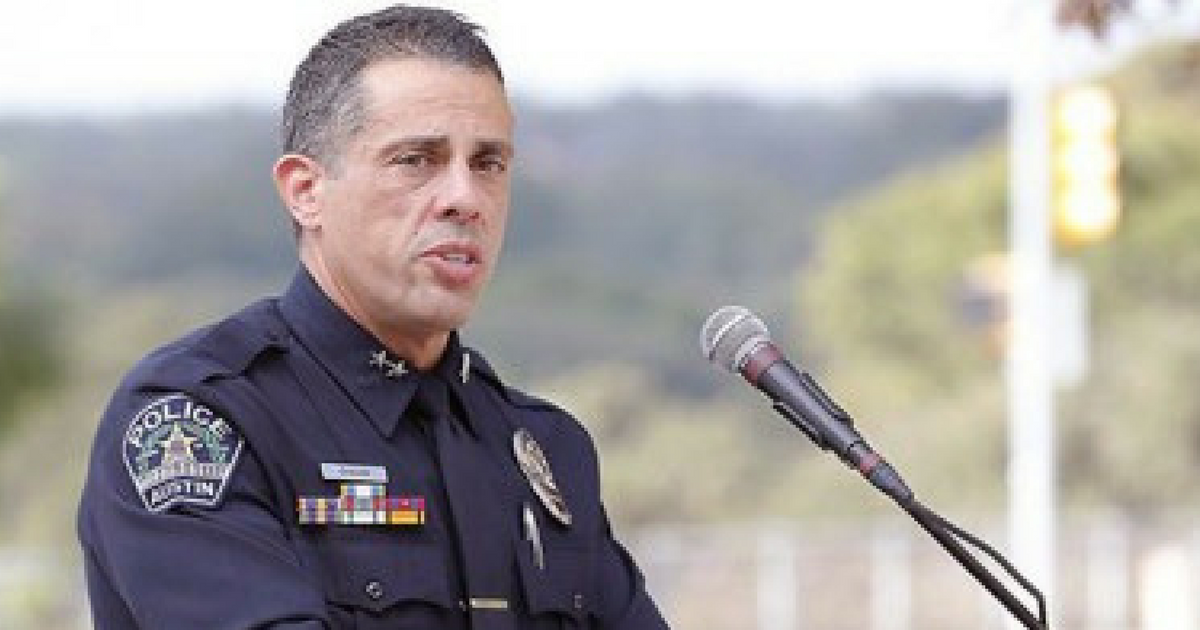 But I didn’t expect it to happen in Texas.

Fact is, with one notable exception, every city in Texas is firmly conservative. The governor supports Trump, and isn’t afraid to say so. Gun rights are secure. Small businesses are secure.

Without Austin, the state would be red all the way through. But Austin, of course, is the exception.

It’s a Sanctuary City. It’s been fighting the governor for months. And it’s full of liberals – which, of course, means everyone thinks gun control is a great idea.

But gun control doesn’t work. Neither do Sanctuary policies.

What more proof do you need than an illegal immigrant shooting up a line of cars with his legally-obtained firearm?

Martinez, who claims he was drunk, shot at drivers with an assault rifle on an 18 mile stretch of Interstate 35.

One seven-year-old girl was hit in the head and is still in critical condition.

Rolando Martinez charged with aggravated assault with a deadly weapon for weekend rampage up I-35. https://t.co/YyCaGvODoZ

The fact that anyone, much less an illegal immigrant, could think that there’d be no consequences to getting drunk and shooting up a highway should tell you all you need to know about how liberals encourage respect for the law.

Break it in one way, and eventually people will break it in another. The law isn’t something you can just pick and choose from.

You might be wondering how a guy like Martinez was able to remain undetected from ICE. Truth was, he wasn’t. ICE knew about him.

Martinez’s bond is set at $1 million. According to Travis County Jail records, he has an Immigration and Naturalization Service detainer on him.

Don’t blame ICE, though. They’re fighting a city that doesn’t want to cooperate with them, and is in fact working against them.

Police received several calls of a man threatening people with a gun along I-35. Rolando Martinez is now in custody https://t.co/krJsK81jvx

But I’m willing to bet that Austin’s willing to cooperate now. Unless the city thinks that Martinez should be back on the grassy knoll.