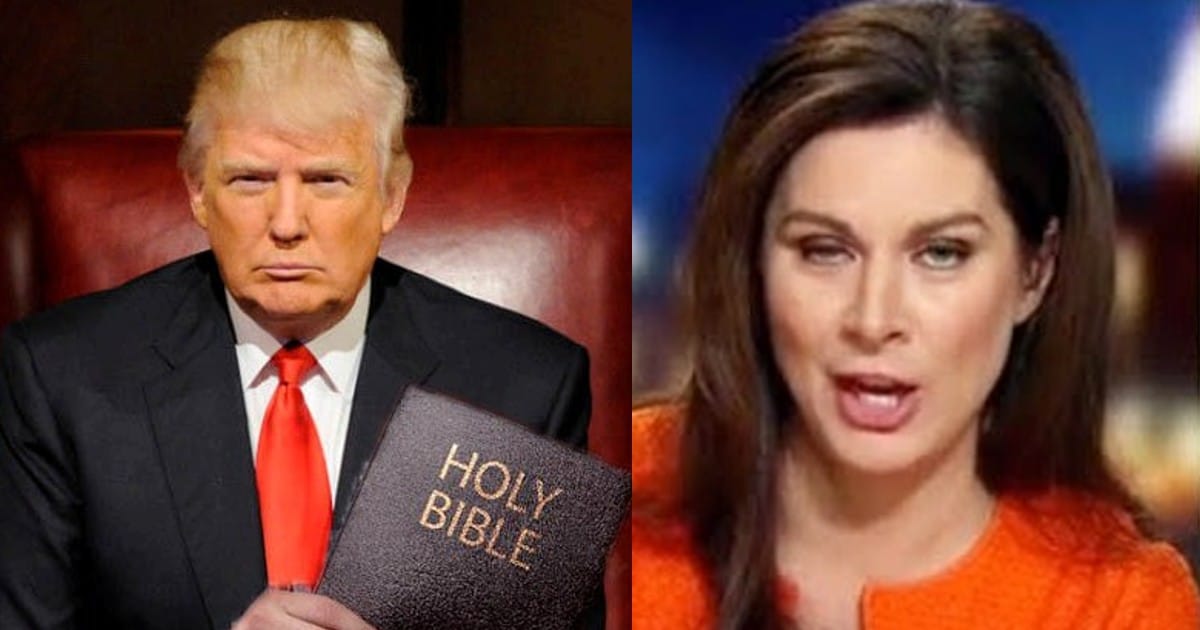 We’ve known for a long time that CNN’s fake news.

They are so out of touch with reality, that they’ll take every day occurrences and twist them into controversies.

Such was the case when they tried to explain this very common Christian practice as odd.

On Wednesday’s broadcast of CNN’s “Erin Burnett OutFront,” anchor Erin Burnett teased a segment on the picture of evangelical leaders praying and placing their hands on President Trump by characterizing the image as “stunning” and “very strange.”

Burnett previewed a segment on the picture before going to a commercial break by saying, “And next, a pretty stunning image. Let me just give you a quick peek of it. The president bowing his head in prayer in the Oval Office and all these people sort of touching him. It’s very strange. We’re going to tell you what happened there.”

Here is the “strange” picture she was referring to: 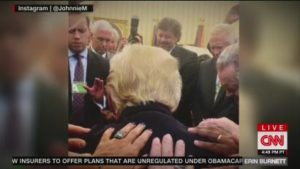 Any God-fearing person in America will recognize this action. Christian leaders are praying over our President, seeking God’s favor and blessings.

The laying on of hands is one of the most common and ancient acts among Christians—and people of all faiths. For someone at CNN to portray it as odd, shows the depths of their idiocy and ignorance.

Hey CNN, millions of Americans are Christian. They are very familiar with this practice. For you to call it “very strange” proves how alien you are from most people in this country.

Either that or they are desperately trying to twist this very impressive moment into something weird or bad. Proving how dishonest CNN is.

They expected their audience to be East/West Coast atheists like them. Sorry, but that’s not the case.