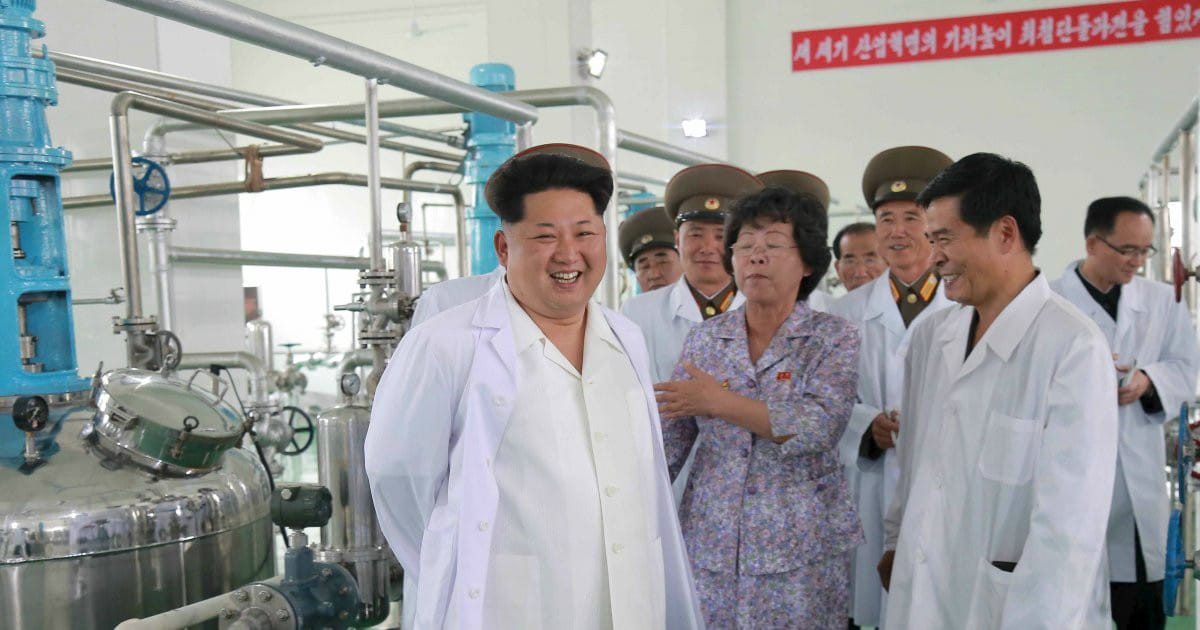 With all the danger brewing in the Middle East, it’s easy to forget there are other problems in the world.

The biggest perhaps is North Korea. This tyrannical regime has been a threat to democratic nations for years. Their leaders — the Kim family — are vile dictators who oppress their people. They also frequently boast about their military might. And promise to destroy the United States and our allies.

Their close proximity to South Korea and Japan — two strong U.S. allies — makes things even worse. It wouldn’t take much for the rogue nation to fire weapons at either country. Such a quick and unannounced attack could cost many innocent lives.

Which is why the United States and the international community have worked to prevent North Korea from getting powerful weapons. Sanctions and bans are used to prevent them from acquiring the technology to create nukes and chemical weapons.

Yet time and again we learn about their weapons testing. On a regular basis, news reaches the West that North Korea has tested a new missile or nuke. How is that happening?

As it turns out, one of the biggest groups responsible for keeping North Korea in line has been actually helping them get the worst weapons imaginable.

For more than a year, a United Nations agency in Geneva has been helping North Korea prepare an international patent application for production of sodium cyanide — a chemical used to make the nerve gas Tabun — which has been on a list of materials banned from shipment to that country by the U.N. Security Council since 2006.

The World Intellectual Property Organization, or WIPO, has made no mention of the application to the Security Council committee monitoring North Korea sanctions, nor to the U.N. Panel of Experts that reports sanctions violations to the committee, even while concerns about North Korean weapons of mass destruction, and the willingness to use them,  have been on a steep upward spiral.

Fox News told both U.N. bodies of the patent application for the first time late last week, after examining the application file on a publicly available WIPO internal website.

Wow. Fox News had to tell the United Nations that their people were helping North Korea acquire chemical weapons. What the heck?

Just how incompetent is the U.N.? Are they really so poorly organized that groups within this system can help a rogue nation and they not know about it? I’ve seen circuses with more accountability.

It’s obvious that people in the U.N. knew about it, but looked the other way. The depths of corruption within the United Nations rivals no other. They are perhaps worse than the Democratic Party.

Just think: the group responsible for preventing an evil nation from acquiring chemical weapons were the ones helping them. If Fox News hadn’t blown the whistle, what else could North Korea have accomplished?

Chemical weapons are the worst form of combat. They have been banned by most nations, due to how horribly painful and torturous the deaths are. Use of them in war is considered a crime by most.

If North Korea were to get their hands on such weapons, many lives would be at stake. The U.S. and our allies would be in real danger. Yet the U.N. ignored the fact that they were helping North Korea get them.

The United States sends $8 billion dollars a year to the U.N. Maybe it’s time we sent that money elsewhere.