The U.S. Marshals work tirelessly to bring in the worst of the worst.

The most deadly and violent criminals are hunted by these law enforcement agents. These are highly trained and dedicated men and women, who do not stop until these criminals are brought to justice. 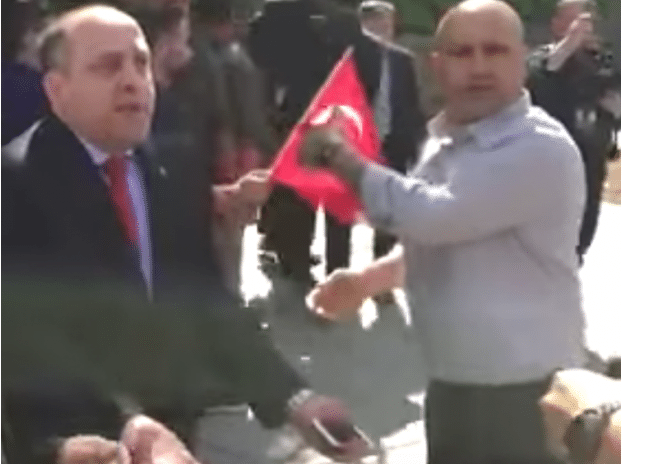 U.S. Marshals have arrested two Turkish men living in U.S. for their role in beating peaceful protesters outside of the Turkish embassy in Washington, D.C. last month, a source with knowledge of the matter tells The Daily Caller.

“Now that charges have been filed, the Department will weigh additional actions for the named individuals, as appropriate under relevant laws and regulations. Any further steps will be responsive and proportional to the charges,” a State Department official said.

Yildirim and Narin were part of a group of supporters of Turkey’s president, Recep Tayyip Erdogan, who showed up at the Turkish embassy.

Video of the incident shows a large group of Erdogan supporters and bodyguards suddenly crossing the street in front of the embassy to where the smaller group of protesters were staged.

The Erdogan henchmen, some of them armed, were then seen punching, kicking and stomping the protesters. 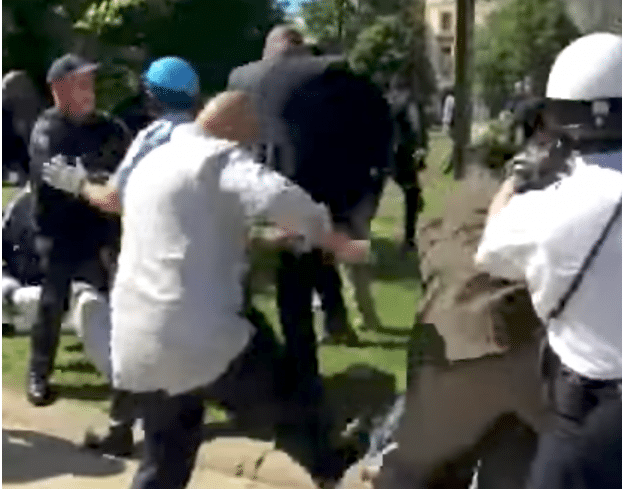 Viewers were shocked at this display. To think, in the heart of the American capital, people were being beating for expressing their views.

Many people were even more shocked that arrests weren’t made on the spot and that local law enforcement allowed it to go on as long as it did. Some even speculated that the Turkish president Erdogan ordered the attack himself, watching it unfold from his Mercedes.

Last week, the House unanimously passed a bill condemning the Turkish government over the incident.

Despite the arrest of Yildirim and another Erdogan goon, some of the men involved in the attack likely will not be arrested or punished.

Erdogan’s personal bodyguards and the embassy’s security detail are likely protected by diplomatic immunity from prosecution.

I can tell you where you can shove that immunity! Our government must send a message that we will not allow foreign visitors to oppress our own people. We will not let them violate our Constitutional rights on our own soil.

These people must be barred from entering the United States and formal apologies must be made, if they want to work with us ever again.