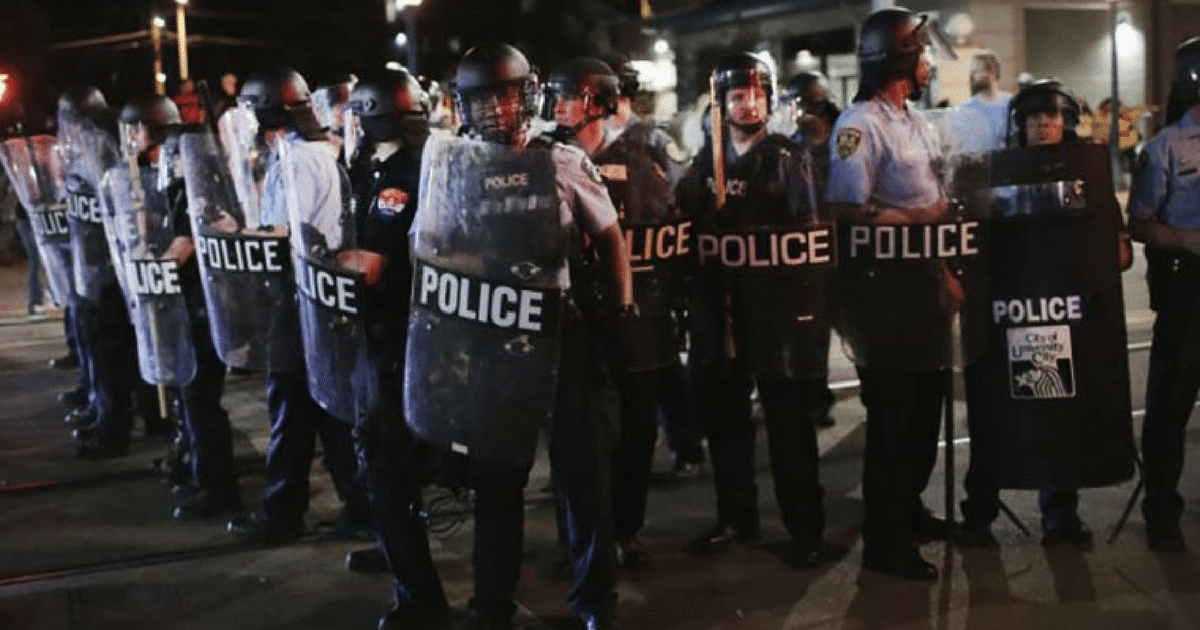 This year has been marked by shocking acts of hate and violence. But unlike what the media predicted last November, the violence and hate isn’t coming from conservatives. It is coming from radical, liberal activist groups.

These un-American groups are little more than terrorist organizations. Antifa—which claims to hate fascism—is really a group opposed to free speech. But even worse is Black Lives Matter, which opposes the one group that actually works to protect black lives: police officers.

This week saw more riots, caused by BLM. After a court ruled that Officer Jason Stockley’s shooting of Anthony Lamar Smith did not violate the law, this hate-group jumped into action.

Like many other times before, BLM stirred up the frustration and confusion felt by many black Americans and used it like a weapon.

I won’t begrudge black Americans from feeling upset by this verdict. But you cannot solve our country’s problems with rioting.

The protests began relatively peacefully. But once the sun set, Black Lives Matter showed its true colors. They blocked roads, smashed up buildings, and threw trash cans into the street.

Hmm. Something tells me this kind of chaos isn’t going to solve any problems, you guys.

Once again law enforcement was forced to put their lives on the line to protect the vast majority of St. Louis residents who would be harmed by these rioters. Police officers ordered the rioters to disperse, but as you can expect, were treated with hostility, hate, and violence.

The violence spilled over onto the cops, forcing them to take stronger action. That’s when, it is reported, a group of officers banded together. What did they do to assert their authority over the city, show their solidarity, and oppose these criminals? They started to chant.

According to witnesses, a group of police tasked with quelling the riot started to chant, “Whose streets? Our streets!” as they faced down an angry mob.

I can tell you, those rioters did not like that. But what legs do they have to stand on? These citizens had so little regard for their city, they treated it like garbage. They were the ones who were destroying properly and jeopardizing the lives of everyone.

And who is going to be the group that puts the city back together? Not these domestic terrorists, but law enforcement.

I guess that makes it their city.

A group of riot police reportedly chanted “Whose streets? Our streets!” Sunday night after arresting more than 80 violent rioters protesting the acquittal of an officer who shot a black man in 2011.

A large group of rioters stayed after a dispersal order on the third day of protest against officer Jason Stockley’s acquittal in the 2011 shooting of Anthony Lamar Smith.

After dispersing the group, police took a page out of the protesters’ book and began chanting “Whose streets? Our streets!” according to the Associated Press. A police commander at the scene claimed he hadn’t heard the chant, but called it “not acceptable…”

The three days of protest showed a common trend. Starting Friday, the protests remained peaceful throughout the day, only for violence to break out at sunset. Sunday night’s protesters blocked roads, broke windows at two businesses, and threw trash cans into the street. Police also reported that one officer was sent to the hospital with a leg wound and that protesters were spraying an unknown substance at officers. The hospitalized officer’s condition is unknown.

“These criminals that we’ve arrested should be held accountable and prosecuted to the fullest extent of the law,” Police Chief Lawrence O’Toole said at a conference. “We’re in control. This is our city and we’re going to protect it.”

It’s pretty pathetic to break out into a violent riot, just because you didn’t get the verdict you liked. You are only confirming the results of the ruling, by proving you are an unlawful criminal.

And that’s ignoring the fact that Black Lives Matter and the media have distorted police action to make it look like acts of crime. Police are daily confronted with incredible dangers.

Violent criminals seek to turn our cities into virtual war zones. The only thing stopping them? The men and women in uniform.