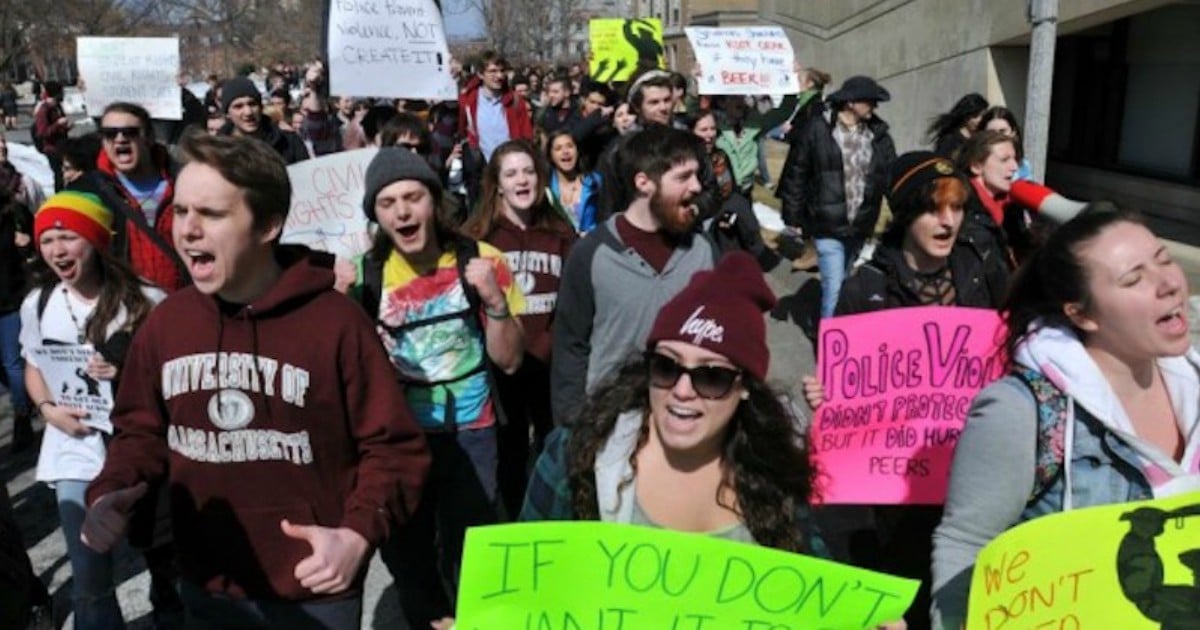 Despite the rise of conservativism in America, liberals are fighting tooth and nail to suppress us.

From college campuses to liberal cities, the left is waging a war on our freedoms. They push political correctness and the concept of “hate speech,” to violate our fundamental rights.

Yet, as it turns out, the vast majority of Americans refuse to accept their warped way of thinking. And would rather have this one thing over not offending others.

According to Rasmussen, in results released Wednesday, 85 percent of participating adults say they believe freedom of speech is more important than “making sure no one is offended by what others say.”

The poll also found that Democrats are only slightly less apt to agree with Republicans or independent voters on the issue.

In addition, 73 percent of respondents agree with the famous declaration by 18th century French writer and philosopher Voltaire: “I disapprove of what you say but will defend to the death your right to say it.” The poll found just 10 percent of people disagree with the statement.

Yet poll results released by Rasmussen on Tuesday showed a strong disconnect with what respondents say they believe about free speech, and how they perceive reality: Just 28 percent say they believe Americans have true freedom of speech today…

The poll also found that black adults agree with free speech rights just slightly less than white adults — 65 percent to 75 percent — and other minorities (73 percent), regarding “defending to the death” the free speech of those with whom they disagree.

Free speech means there will be people you don’t agree with. It means you might be offended by the things other people have to say. That’s a good thing. We should be free to express our ideas, regardless of what other people will think.

The fact that so many Americans, according to the poll, agree with that sentiment means the liberals haven’t won. They haven’t been able to brainwash Americans into accepting the bogus notion of “hate speech.”

These are the same liberals who use free speech to vilify our President, attack conservatives, and call everyone they don’t agree with racist.  And they say we are the ones using hate speech.

The real tragedy of this poll shows that only 28% of Americans believe they actually have free speech. Thanks to the bully practices of the left, so many Americans are silenced.

Don’t be one of them. Don’t left liberals frighten you into silence. Speak your mind. Express your beliefs. Take a stand for the First Amendment.