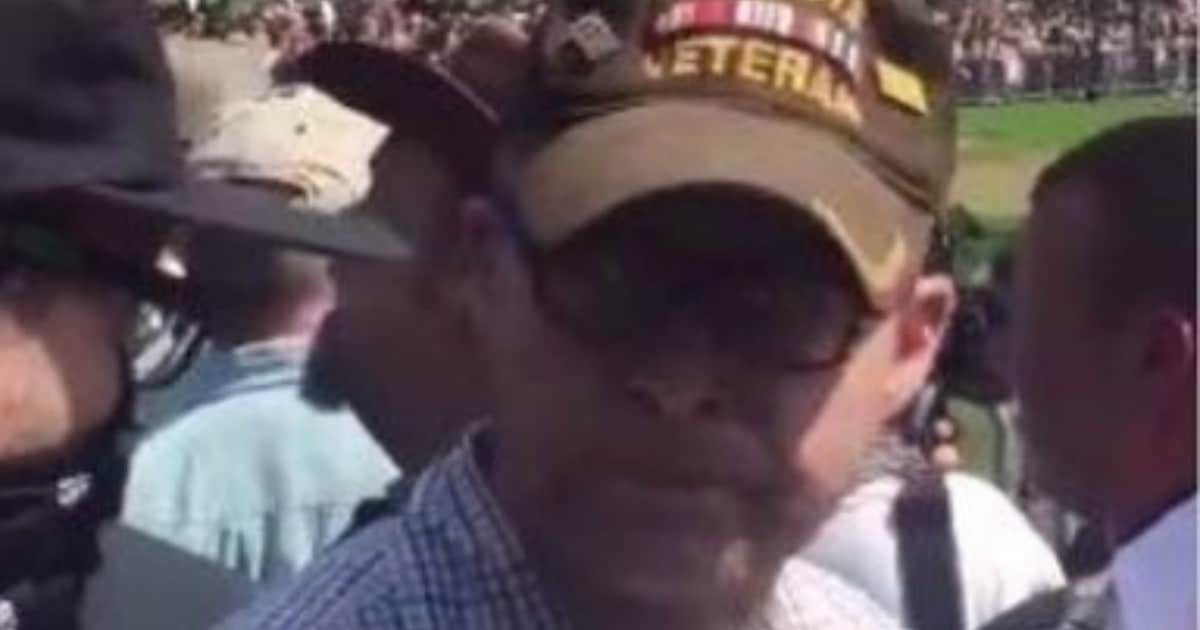 If there’s one thing radical Americans claim to love only when it’s convenient, it’s Free Speech.

Fact is, no matter how you slice it, if you believe in the 1st Amendment, you’re going to encounter people saying terrible things.

At some point, the worst, most vicious ideas and hateful rhetoric in the history of the universe will be screamed at you.  And you’ll simply have to accept that, no matter how terrible the speech, the speaker has a right to say it.

It’s called ‘living in a lawful society.’ And some members of the radical left could use a quick history lesson on why it’s important. Because some of the worst societies in history – Nazi Germany, for example – suppressed Free Speech. And if we don’t want to be like them, we need to protect it.

So when Anti-fa members call an Afghan War vet a ‘Nazi’ because he’s exercising his Free Speech…well, let’s just say this particular group of lib protestors aren’t the brightest crayons in the box.

The rally in Boston has had a massive turnout. But it didn’t come without its provocateurs. At one point, an Afghan war veteran was taking questions from the media about the reason he was at the rally.

The veteran said, “I’m here to support President Trump.” Antifa didn’t like that. In response, it decided to drown out the veteran in a profane chant, yelling “f**k off, Nazi scum.”

Antifa assembled at the entry point of the free speech rally. pic.twitter.com/FaXVdnbfD0

Mind you, we’re talking about an Afghan war vet here. This isn’t someone who is coming to protest the removal of a Confederate statue. He’s not flying a Confederate flag (which still wouldn’t make him a Nazi, if you want to be precise). He’s simply showing support for the president.

And hell, if Democrats can support Bill Clinton after multiple allegations of sexual assault, then surely a war vet can support Trump after a few controversial tweets.

But to the angry Left, apparently not.

The most disappointing part of all this?

If these angry libs had even an ounce of common sense, they’d realize that befriending this Trump-supporting vet would have made for media gold. If you ever want to fix your public image, sticking up for a veteran on live camera is easily on your Top Five things to do.

But, of course, they did not. Apparently, being Angry is better than being Right.