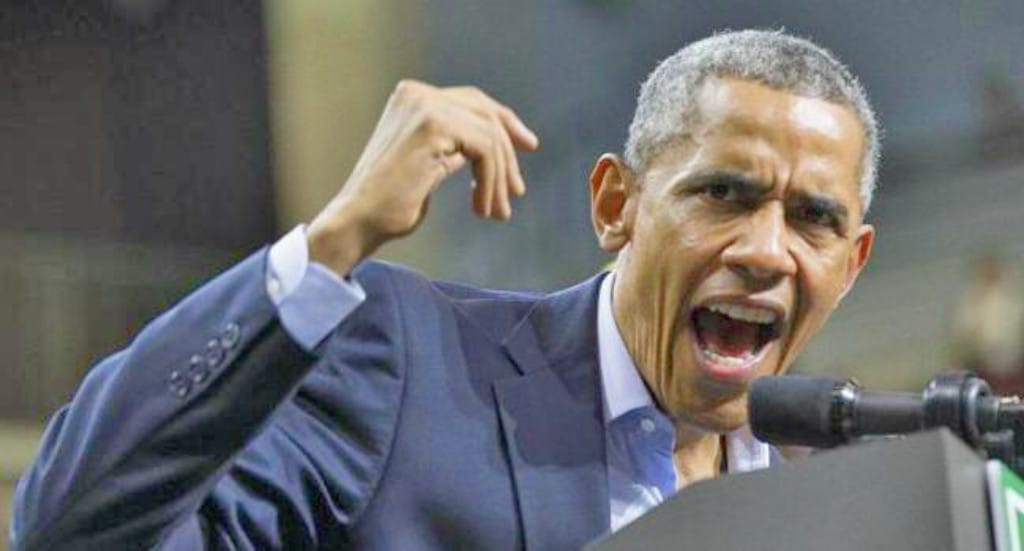 Anyone who has dealt with liberals knows that their worldview is upside down – black is white, male is female, and wrong is right. Also, government is your savior, and faith your oppressor.

Now, since Obama’s given the US eight years of this backwards idiocy, it’s only fitting that we add one more contradiction: an outlaw is enforcing justice.

Julian Assange, founder of Wikileaks, teller of truth, and scourge of Hillary Clinton, gave an interview with Sean Hannity recently. In addition to debunking the absurd theory that Russian hackers gave the election to Trump, Assange sent a powerful message to Washington in a series of tweets: you can no longer hide your crimes from the American people.

Let’s get some context – the long and dirty laundry list of crimes of both Hillary and Obama need no recap here, but any informed citizen knows most of them. As presidential power transfers to Trump, it’s natural for Obama to want to destroy any evidence of plotting and wrongdoing from congressional offices and the White House. After all, Trump is coming in, and anything left over would be closely examined.

Under normal circumstances, we’d all be left wondering what Obama was covering up. But, luckily for us, we have Assange. And he’s not letting Obama off that easy. Wikileaks tweeted a challenge in the middle of Assange’s interview with Hannity, and it’s guaranteed to frighten Obama lackeys: “We are issuing a US$20,000 reward for information leading to the arrest or exposure of any Obama admin agent destroying significant records.”

We are issuing a US$20,000 reward for information leading to the arrest or exposure of any Obama admin agent destroying significant records. pic.twitter.com/kRRP246uGo

Poor Barack. It looks like his exit won’t be as clean as he thought. Wikileaks kept the tweets coming, too.

Assange and Wikileaks have since upped the ante – the reward is now $30,000, thanks to an anonymous donor. And it hasn’t even been 24 hours since the interview, so you can bet more donors will hop on what will ultimately be a glorious bandwagon expose.

For libs, it’s unfortunate that their own upside-down worldview has led them here: where an outlaw, offering a bounty for the leader of the free world, is a hero for doing so, and the institutions meant to catch real bad guys spend their time chasing after a man whose only crime was to tell, and publish, the truth.

Seriously…an outlaw offering a bounty on the president? How fantastic is that?

Keep a close eye on Wikileaks, especially after Barack leaves the White House. And liberals, you all owe an apology to president Trump – he won by his own strength, not Russia’s.