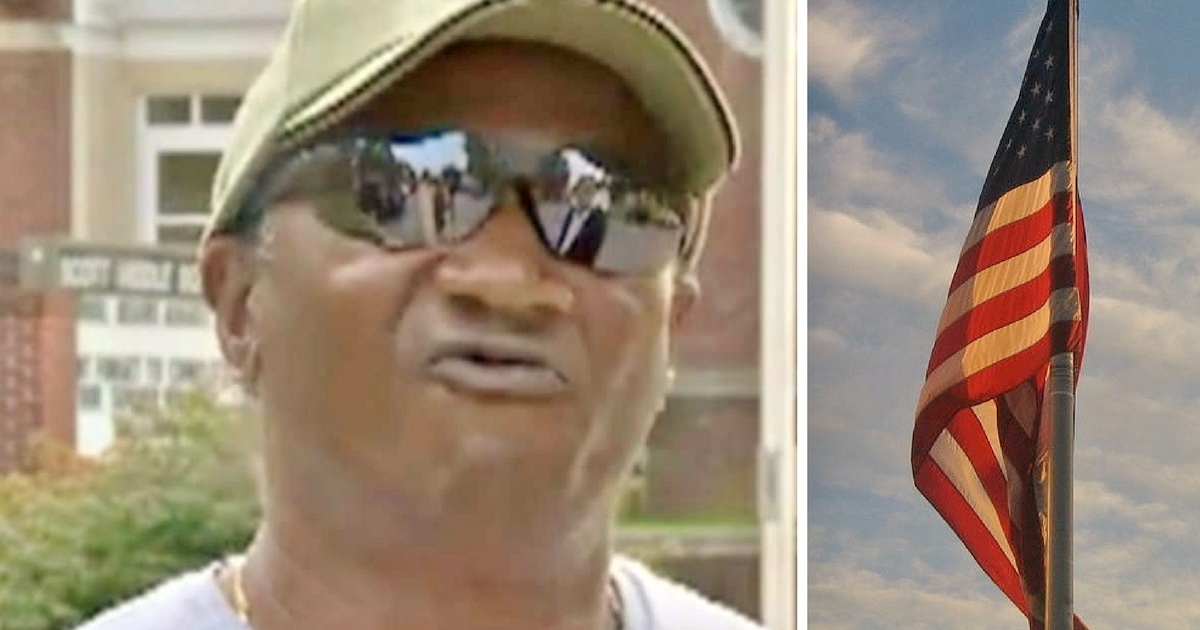 Now he is a private citizen, but within his chest beats the heart of a soldier. Recently he was walking through his hometown, when he passed by his old middle school. Not all of us have fond memories of middle school/junior high.

Perhaps all that was going through Jackson’s mind as he passed by the school. I’m sure he felt a surge of pride and love for his country, as he reached the flagpole that proudly held Old Glory. Like many Americans and veterans, he wanted to stop and pay his respects to the Stars and Stripes.

Jackson was smart to send his footage to the local news. The sad reality is, if he had gone straight to the school, they might have ignored him. But when word hit the local news, too many people in the community would hear about it.

Hopefully, we can learn from this, and lift our eyes a bit more often to the flag.