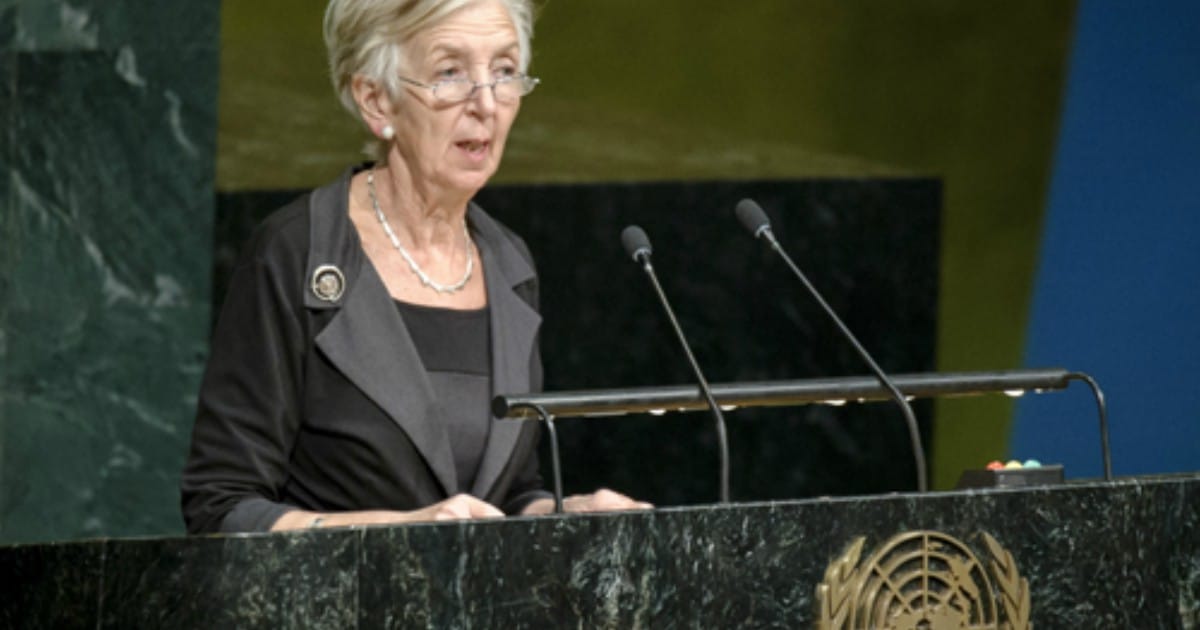 Time and again we see how the United Nations is a corrupt, worthless organization.

They spend billions of dollars of year, from countries like the United States. Yet little good comes from their so-called “work.”

A recent measure from one of the U.N. committees has Americans up in arms. It will get you angry too.

Anastasia Crickley, chairwoman of U.N. Committee on the Elimination of Racial Discrimination (CERD), issued a statement Tuesday in response to the violence that erupted in Charlottesville, Virginia, Aug. 12 during a white nationalist rally… The early warning from the UN is not only rare, but it echoes talking points from Democrats that President Donald Trump has not adequately disavowed white nationalists and neo-Nazis…

Trump also denounced hate groups Aug. 14 during an announcement from the White House, specifically calling out the hate groups…

“Racism is evil. And those who cause violence in its name are criminals and thugs, including the KKK, neo-Nazis, white supremacists and other hate groups that are repugnant to everything we hold dear as Americans,” Trump said…

For an organization as corrupt as the United Nations to start attacking the United States, which has done more to root out racism than virtually any country on earth, is beyond an insult.

Thanks, U.N. I’ll give a crap about what you say once you eject countries like North Korea and Iran from your organization.

The U.N. has the gall to attack the U.S., while blatantly ignoring the evils that many of its member nations are committing. Citizens are tortured, arrested, and forced into labor camps in North Korea. But the U.N. ignores this, more concerned over one incident in the United States.

Like CT said, the United States has done more to end racism in our nation than most countries. We’ve worked hard to end generations of discrimination and hate. We’ve marched, passed laws, and fought for equality for all Americans.

And this is the thanks we get from a corrupt, bloated, dishonest, and evil organization?

If there ever was a reason to drop the U.N. like a sack of garbage, this is it.