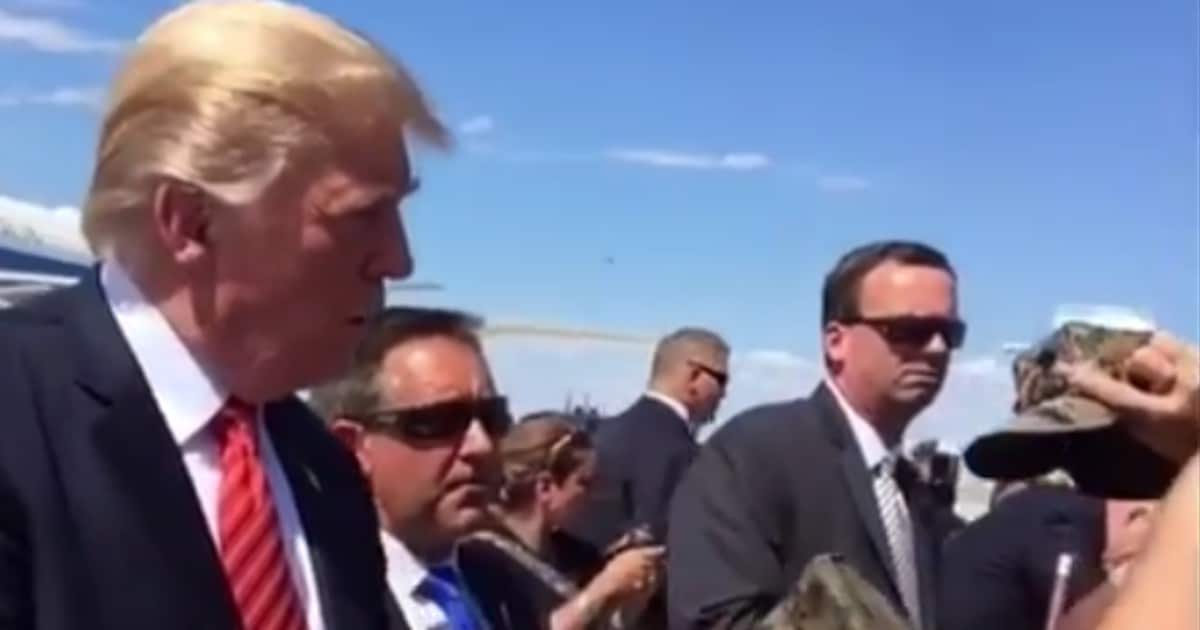 One of the many reasons so many Americans love Donald Trump is the respect he shows to our men and women in uniform.

From police officers to soldiers, President Trump displays admiration and appreciation for those that risk their lives to keep us safe.

While in Yuma, Trump was escorted by a troop of Marines. What he did to show respect has plenty of people talking.

According to ABC News, Trump visited Marine Air Station Yuma, a Marine Corps base on the U.S.-Mexico border. The visit was part of the president’s push for stronger border security — including his signature infrastructure project, the border wall.

U.S. Marine Sgt. Lauren Butler wrote on her Instagram account that “today was the highlight of my Marine Corps career. Thank you, President Trump, for coming to Marine Corps Air Station Yuma today to shake some hands and sign some covers! It was a day I’ll never forget.”

“Meeting President Trump was one of the coolest experiences I’ve ever had,” Butler told American Military News.

“I’ve always been a Trump supporter, so I was extremely excited. But regardless of your political views, shaking hands with the president is extremely humbling and something you’ll never forget.”

Many have drawn contrasts between the way President Obama and President Trump treated military. Even though very brave men and women served under Obama, he and his family rarely showed any level of appreciation.

Trump, on the other hand, goes out of his way to shake the hands of soldiers, sailors, and marines. He doesn’t mind taking a few moments to talk to them, offer his thanks, and sign a hat.

The media and the left can continue to complain about Trump. They can muster up as many rumors and lies they can find. It won’t change the respect millions of Americans have for a President who goes the extra mile to show humanity towards our brave servicemen.